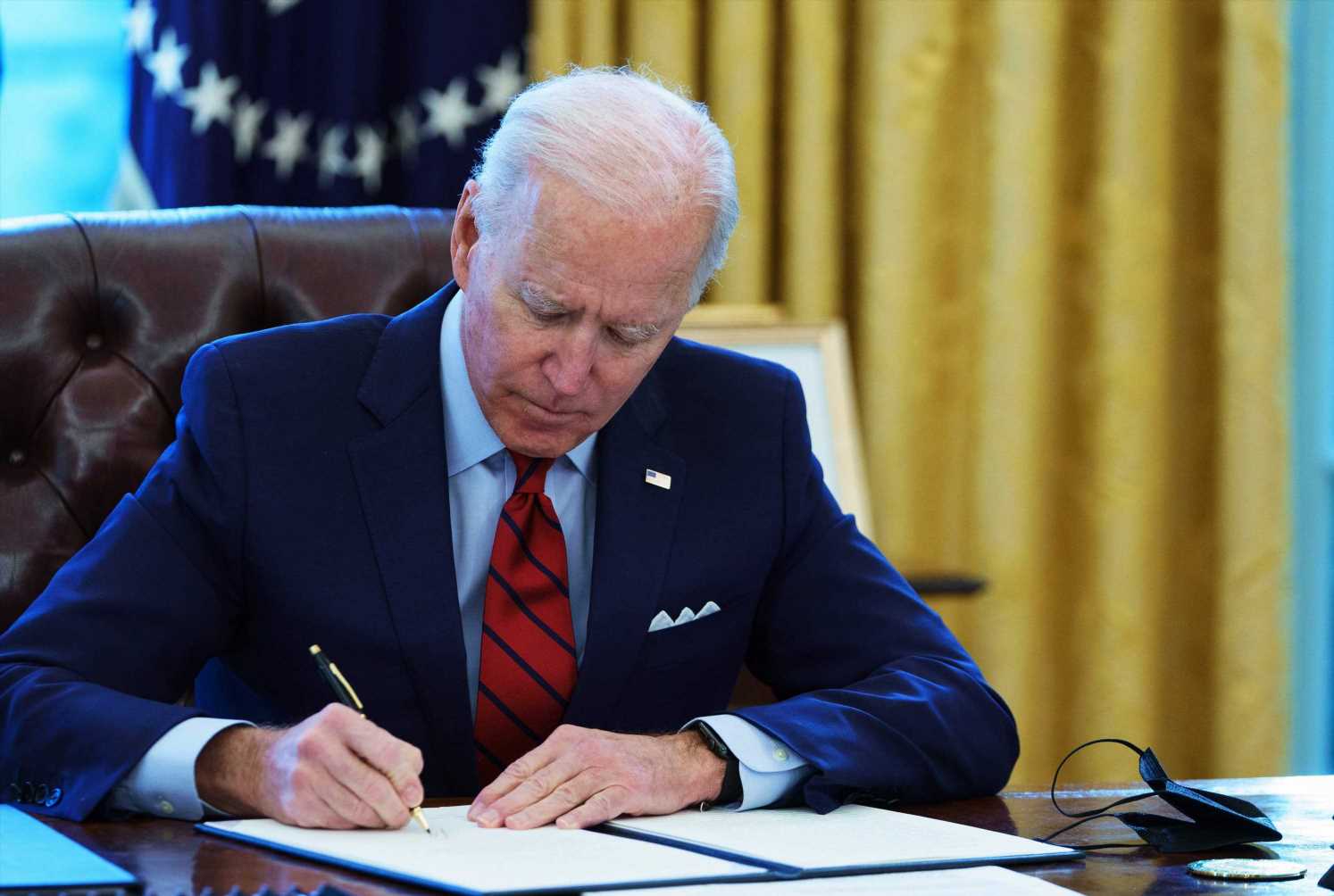 Democrats in Congress hope they can find enough votes to pass a $15 minimum wage bill and send it to President Joe Biden’s desk. But within the next three months or so, the new administration plans to institute a $15 wage floor for some workers on its own.

Under a campaign proposal that Biden has reaffirmed since taking office, government procurement rules would be changed so that workers employed under federal contracts would have to be paid at least $15 per hour. That could increase wages for at least a quarter of a million workers across the country in food service, building maintenance, construction and other fields.

Executive action, by its nature, is limited: The vast majority of U.S. workers are not paid with federal tax dollars. But such an order from Biden would be arguably the biggest boost yet of progressives’ pursuit of a $15 minimum wage floor for all. Many low-wage federal contractors could see their pay increase by more than a third, potentially pulling some out of poverty.

“It will be a big deal for hundreds of thousands of workers,” said Karla Walter, senior director of employment policy at the Center for American Progress, a Democratic-aligned think tank. “It will ensure that those workers are earning decent wages and benefits to do the work of the federal government, and it will re-exert the federal government’s role as being a model employer.” 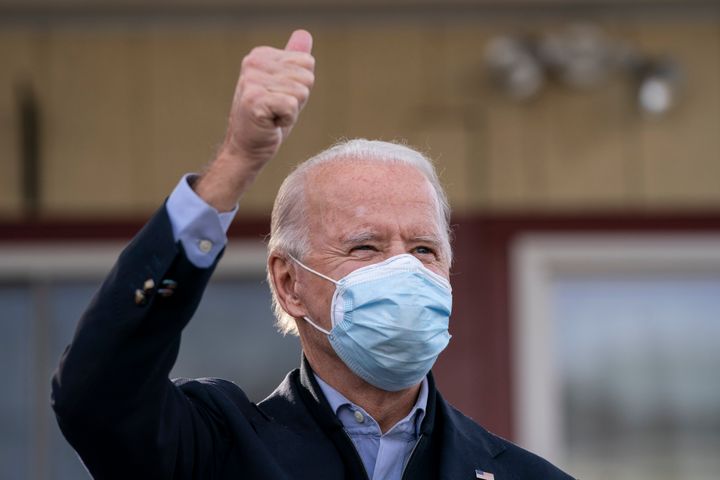 The government does not keep reliable statistics on the contract workforce, so experts say it is difficult to know exactly how many workers would see a raise if Biden issues the order. But back-of-the-napkin math extrapolated from a Labor Department analysis of a similar proposal suggests around 240,000 workers would be directly impacted, said Heidi Shierholz, the agency’s former chief economist who is now with the Economic Policy Institute. Shierholz said such an estimate would be conservative.

Indeed, many additional workers would likely feel the effects as contract employers readjust their pay scales to reflect the new minimum. Some companies may decide to increase the wages of workers already earning $15 so that those workers don’t find themselves at the bottom of the pay ladder alongside less-experienced colleagues. And competition for workers could force businesses not directly impacted by the order to raise their wages as well.

There is no guarantee that Biden will move ahead with the plan, but the administration says it has begun the work that would allow the president to sign such an order within 100 days. For Shierholz, the plan demonstrates that Biden is serious about wielding executive power to help workers in a way that former President Donald Trump did not.

“The devil is in the details in a lot of these things, and there’s still a lot of important policy decisions to be made,” she said. “But at this stage, I’m very encouraged.”

Using the power of the federal purse to improve working conditions in the private sector is nothing new. Presidents going back at least to Franklin Delano Roosevelt tweaked contracting rules to influence private workplace policies and address discrimination. The basic idea is straightforward: Instead of subsidizing crappy jobs, the government should use its weight to set a higher bar for working conditions.

In 2014, then-President Barack Obama utilized the very same tool to set $10.10 as the minimum for certain workers under federal contracts. Obama’s executive order tied the contractor wage floor to an inflation index, so that minimum has since risen to $10.95. The Biden administration has not said how quickly a hike to $15 might take place.

But Biden’s campaign proposal indicates how mainstream the concept of a $15 minimum wage has become, thanks to the success of the Fight for $15, a union-backed campaign to boost wages that began in 2012. It also demonstrates just how much Biden himself has evolved on the minimum wage and the use of executive power since the Obama years.

A year after the Fight for $15 began, the Obama-Biden team urged Congress to raise the federal minimum wage ― to $9 per hour. Progressive Democrats eventually got the president on board with a $10.10 proposal. At that point, very few members of Congress were willing to support $15 publicly, aside from Sen. Bernie Sanders (I-Vt.) and then-Rep. Keith Ellison (D-Minn.).

Labor activists recall a difficult time persuading the Obama White House to do more for workers through executive orders. Then-Vice President Biden headed up a “middle class task force” that produced economic proposals but not much in the way of implemented policy.

Joseph Geevarghese sat in some of those meetings as the director of Good Jobs Nation, a union-backed campaign aimed at improving low-wage jobs under federal contracts. Geevarghese, now director of the progressive group Our Revolution, said the Biden team resisted executive action then, particularly when it came to using procurement rules to influence labor policy. They often cited legal reasons for not pushing ahead with executive orders, he recalled.

Good Jobs Nation grew so frustrated that they eventually staged demonstrations outside the White House, with striking janitorial and fast-food workers calling on the Obama administration to increase wages for federal contractors. Those demonstrations coincided with the Fight for $15’s nationwide strikes, which drew national headlines.

“It’s a testament to the fact that there was tremendous grassroots pressure on the Democratic Party,” he said. “The center of gravity in the party when it comes to labor has shifted dramatically.”

The Obama administration eventually did use its powers to help federal contract workers, implementing not only the $10.10 order but other executive actions as well, including one meant to punish contractors with a history of wage theft and work hazards. But some of those efforts came so late in the Obama years that the Trump administration and congressional Republicans were able to quickly undo them.

President Biden appears determined not to make the same mistake. He has already revoked Trump executive actions that undermined labor unions and is moving ahead quickly with his own orders. He even took the precedent-breaking step of firing the Trump-appointed general counsel of the National Labor Relations Board.

“These first signals are positive,” Geevarghese said. “Biden’s not going to hold back. He’s not going to try to depend on congressional cooperation. He’s going to lead by example.”

Still, the impact of a minimum wage order depends on how it’s crafted. The administration could set tight boundaries around which workers qualify for a $15 floor, limiting the order’s economic reach. Or it could create broad criteria that include more workers. The Obama order applied primarily to federal contracts related to services, concessions and construction ― i.e., subcontracted janitors in federal buildings, cooks and cashiers in parks and cafeterias, and construction workers on public projects.

Walter, of the Center for American Progress, said the Biden administration could try to apply a $15 minimum wage to large groups of workers who produce goods for the government. She offered the example of a poultry plant processing chickens that go to feed troops or other workers under a defense contract.

Republicans and business groups have strongly opposed a $15 minimum wage, saying it would be too dramatic an increase and force companies to lay off unskilled workers, particularly in less expensive markets. But $15 for federal contractors should draw far fewer doomsday predictions, as the government itself would ultimately absorb the cost through more expensive contracts.

Biden, like many Democrats, has been stumping for a $15 federal minimum wage that would apply everywhere. He even inserted that proposal into his $1.9 trillion COVID-19 relief plan, bundled with stimulus payments, unemployment benefits, state and local aid, and other goodies.

The Democratic-controlled House passed a $15 proposal in 2019 and recently introduced a similar bill. Meanwhile, Sanders and other progressives have been making the case for Democrats to push the minimum wage raise through the Senate without any GOP support, using a procedural maneuver known as budget reconciliation.

But Democrats hold a bare 50-seat majority in the Senate, with Vice President Kamala Harris casting a tie-breaking vote. It’s not clear that they would have enough support within their own caucus to move so aggressively on the minimum wage, or that the Senate parliamentarian would approve of such a use of reconciliation.

In other words, a federal minimum wage of $15 could be bottled up in Congress for months or years to come. For some, that’s even more reason for Biden to do whatever he can on his own.

“There’s a huge low-wage federal contract workforce,” Geevarghese said. “This would set the precedent: If you want to do business with the U.S. government, you have to be a model employer and you have to pay a decent wage.”