In an opinion piece, the BBC’s political editor said: “The SNP again swept the board in Scotland and is arguing forcefully for another referendum, but there is a new prime minister who is promising to reset the lopsided UK. There is not a chance that Boris Johnson will grant the SNP that second vote.” She illuminated the current predicament that faces the Government when dealing with Nicola Sturgeon’s requests for a second referendum as, “senior figures are aware they can’t just stick with a position of saying no to a referendum again and again”.

The BBC anchor referred to Gordon Brown when she asked the question of whether Prime Minister Boris Johnson will “come forward anytime soon with anything that might satisfy the former occupant of the job?”

She is referring to the ex-Labour leader Gordon Brown’s suggestions, “that if Westminster’s tribes don’t take the notion of giving power away seriously, they might find that before too long, the people who give them their votes may make decisions they don’t like very much”.

Former Prime Minister Mr Brown has spoken that, “unless the UK changes from top to bottom and recognises the importance of the regions and the nations and giving respect to the regions, then I think the United Kingdom could end”.

Mr Brown warned the Conservatives election win was not “a signal that the country is at ease”. 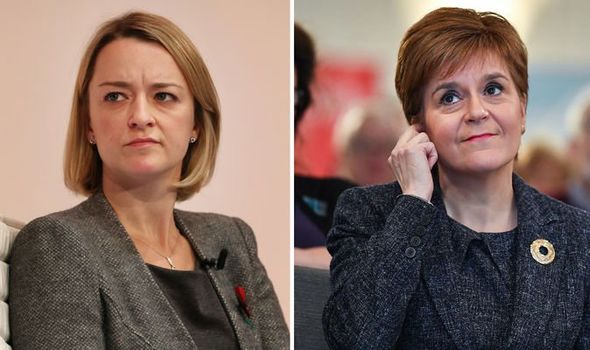 Mrs Kuenssberg explained how a Government source suggested there is “no point trying to go to war” with the SNP in Holyrood, but better to try to find practical ways of getting the two sides to work together more fruitfully.

She said: “Another Tory insider suggested the important thing is to make it feel as if Scotland is being taken into consideration properly by No 10, with a much more proactive attitude”.

The statement from Mrs Kuenssberg has come amid claims by polling guru John Curtice that the SNP has no mandate for a second Scottish independence referendum.

Mr Curtice dismissed Nicola Sturgeon’s view that there is a mandate from the Scottish people for a second referendum. 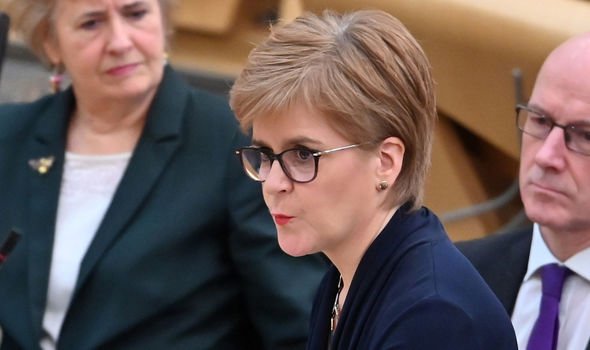 Professor Curtice, who teaches at the University of Strathclyde in Glasgow, said the election result was an inadequate way of judging support for a second poll.

Instead, the professor said, two polls done during the election campaign were a better way of quantifying public feeling towards the policy.

In a blog on his website What Scotland Thinks, Professor Curtice said using the number of seats to claim a mandate does not take into account the effect of the first past the post system, and how it calculates seats from votes.

Nicola Sturgeon nightmare: SNP set for disaster and collapse in 2020 [INSIGHT]
SNP accused of plot to ‘make up’ economic figures to boost indyref [INSIGHT]
Ruth Davidson explains why SNP have NO mandate for Indyref2 [VIDEO] 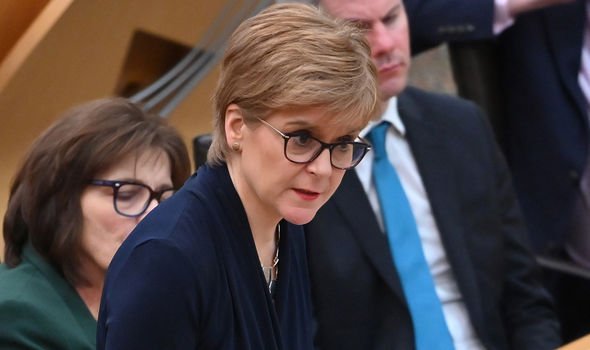 Neither, the blog said, should the SNP claim a mandate based on the share of the vote at the December election because voters may not have agreed with the SNP stance on the referendum, but still voted for them regardless.

The SNP won 47 seats in the December vote, an increase of 12 from their previous tally, leading to senior figures in the party claiming it is time for a second independence referendum.

A week later, the First Minister formally asked for the powers to hold a referendum from the Prime Minister, something he rejected this week.

However, Professor Curtice claims in his blog that two polls conducted during the election campaign present a better picture of attitudes towards another referendum than the general election. 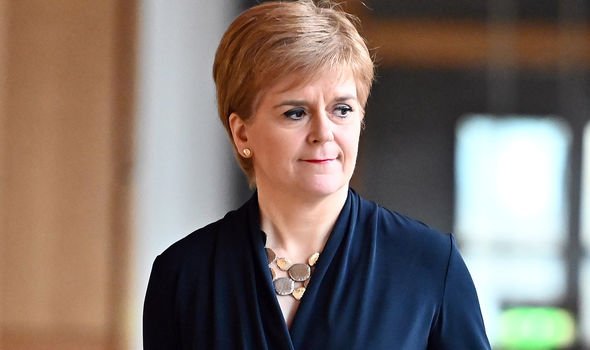 He said: “One of these polls came from Ipsos MORI, the other from Panelbase.

The former asked people whether they supported or opposed holding another independence referendum within the next year.

“While 42% said that they supported the idea, as many as 50% indicated that they were opposed.

“Meanwhile, Panelbase reported that only 38% backed the idea of holding a referendum before the next Scottish Parliament election, while as many as 51% were opposed.

“On the basis of this evidence, it is difficult to argue that there is a clear majority support for holding a referendum on the timescale proposed by the Scottish Government.”

Lates News:
2020-01-21
Previous Post: Trump Takes Credit for Economic Boom Ahead of Impeachment Trial
Next Post: Martin Lewis’ shopping loophole that gets you 80% off at Office and Schuh