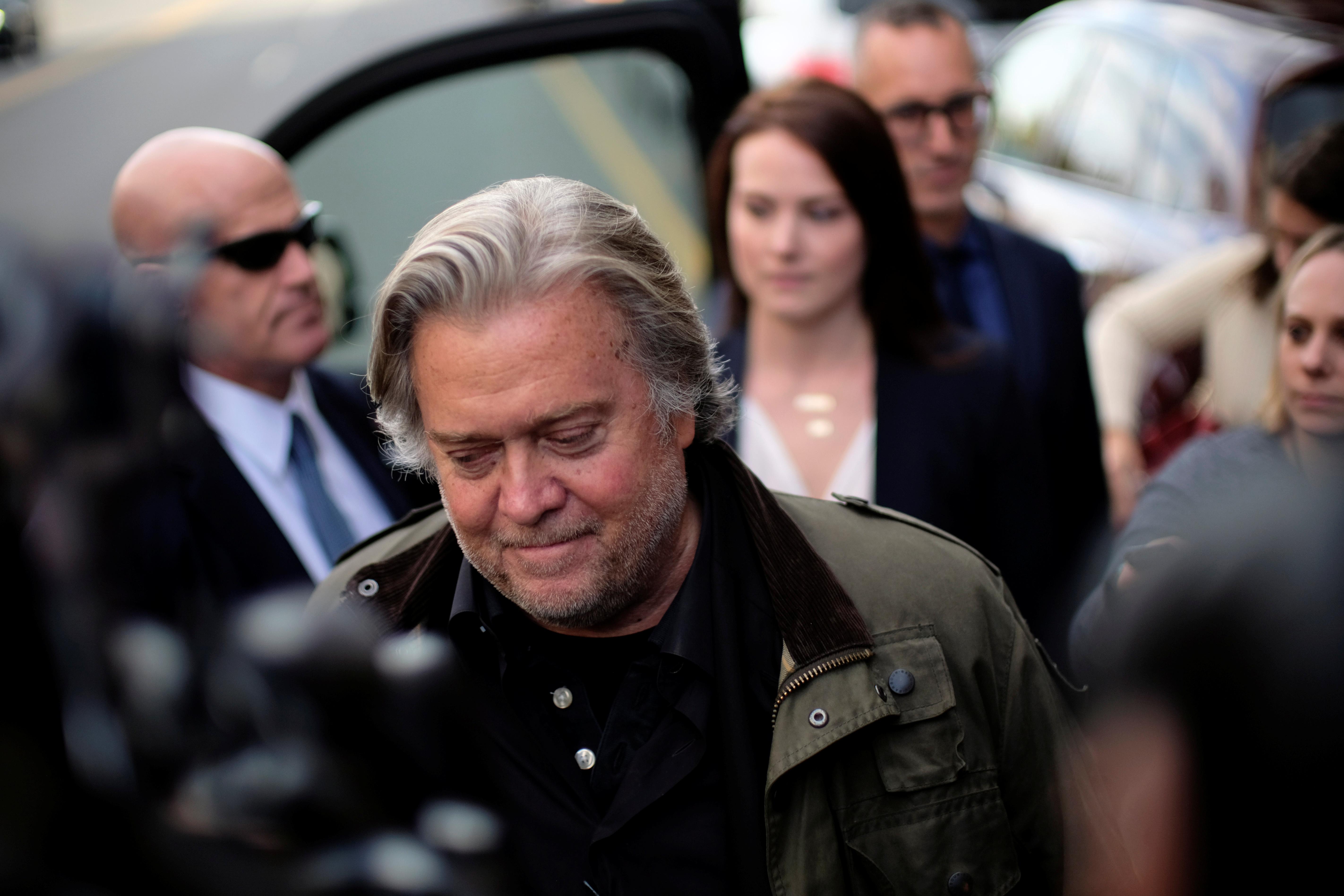 Bannon testified that he had viewed Stone as the “access point” between the Trump campaign and WikiLeaks, which disclosed numerous stolen Democratic emails in the months before the 2016 election that were damaging to Trump’s opponent Hillary Clinton.

After testifying, Bannon – a prominent conservative political strategist and former senior White House adviser to Trump – told reporters he appeared as a prosecution witness in Stone’s trial in federal court only because he was subpoenaed.

U.S. intelligence agencies and former Special Counsel Robert Mueller determined that the emails were stolen by Russian state-backed hackers as part of Moscow’s efforts to meddle in the election and boost Trump’s candidacy.

“I was led to believe he had a relationship with WikiLeaks and Julian Assange,” Bannon said of Stone, referring to the WikiLeaks founder.

Stone – a self-described “dirty trickster” and “agent provocateur” – has pleaded not guilty to charges of obstructing justice, witness tampering and lying to the U.S. House of Representatives Intelligence Committee in its investigation into Russia interference in the 2016 election. The veteran Republican operative, a friend and ally of Trump for some four decades, faces a possible decades-long sentence if convicted.

The Trump campaign relished the release of the hacked emails and was eager to learn about future releases but the president and his campaign team have denied conspiring with Russia.

Stone told the House committee in sworn testimony that he had never communicated with any members of Trump’s campaign about WikiLeaks or Julian Assange.

Bannon, appearing on the third day of testimony in the trial, said he and Stone had discussed WikiLeaks on several occasions before and after Bannon joined Trump’s campaign in August 2016. These included an Oct. 4, 2016, exchange in which Bannon emailed Stone after an Assange news conference had failed to produce damaging information on Clinton as expected.

“He told me he had a relationship” with Assange, Bannon said, when asked by the prosecution why he chose to email Stone to ask why Assange’s news conference had been a dud. “It would be natural for me to reach out to him.”

Stone also is accused of denying the existence of certain emails and texts related to Assange or Wikileaks, and falsely telling the committee that a radio host and comedian named Randy Credico was his “intermediary” with Assange in July 2016.

Bannon answered questions by prosecutor Michael Marando without argument. After leaving the courthouse, Bannon told reporters that “I was compelled to testify” and was forced to testify earlier to the grand jury in the case, to Congress and to Mueller’s investigators.

Bannon appeared at least twice to contradict his grand jury testimony about the frequency with which he and Stone discussed WikiLeaks and about whether Stone was considered the campaign’s “access point.” In cross examination by Stone’s attorney Robert Buschel, Bannon acknowledged he was unaware of anyone in Trump’s campaign ever formally dispatching Stone to learn when Assange might release more emails.

Only blocks away from the federal courthouse, the Democratic-led House is pursuing an impeachment inquiry against Trump over the Republican president’s request that Ukraine investigate Democratic political rival Joe Biden.

The prosecution has accused Stone of pressuring Credico to cover up lies and of seeking to prevent the radio host from cooperating with the government, and noted that Stone had made threats toward his little white dog.

Credico, who finished his testimony earlier in the day, denied that he was an intermediary with WikiLeaks. Credico testified that he did not believe that Stone’s threats to kidnap his dog were sincere, saying under cross-examination by Stone’s defense attorney, Buschel, that “it was hyperbole by him.”

Stone sent various intimidating texts and emails, including one in which he told Credico, “You are a rat. A stoolie. … My lawyers are dying to rip you to shreds. I am going to take that dog away from you.” 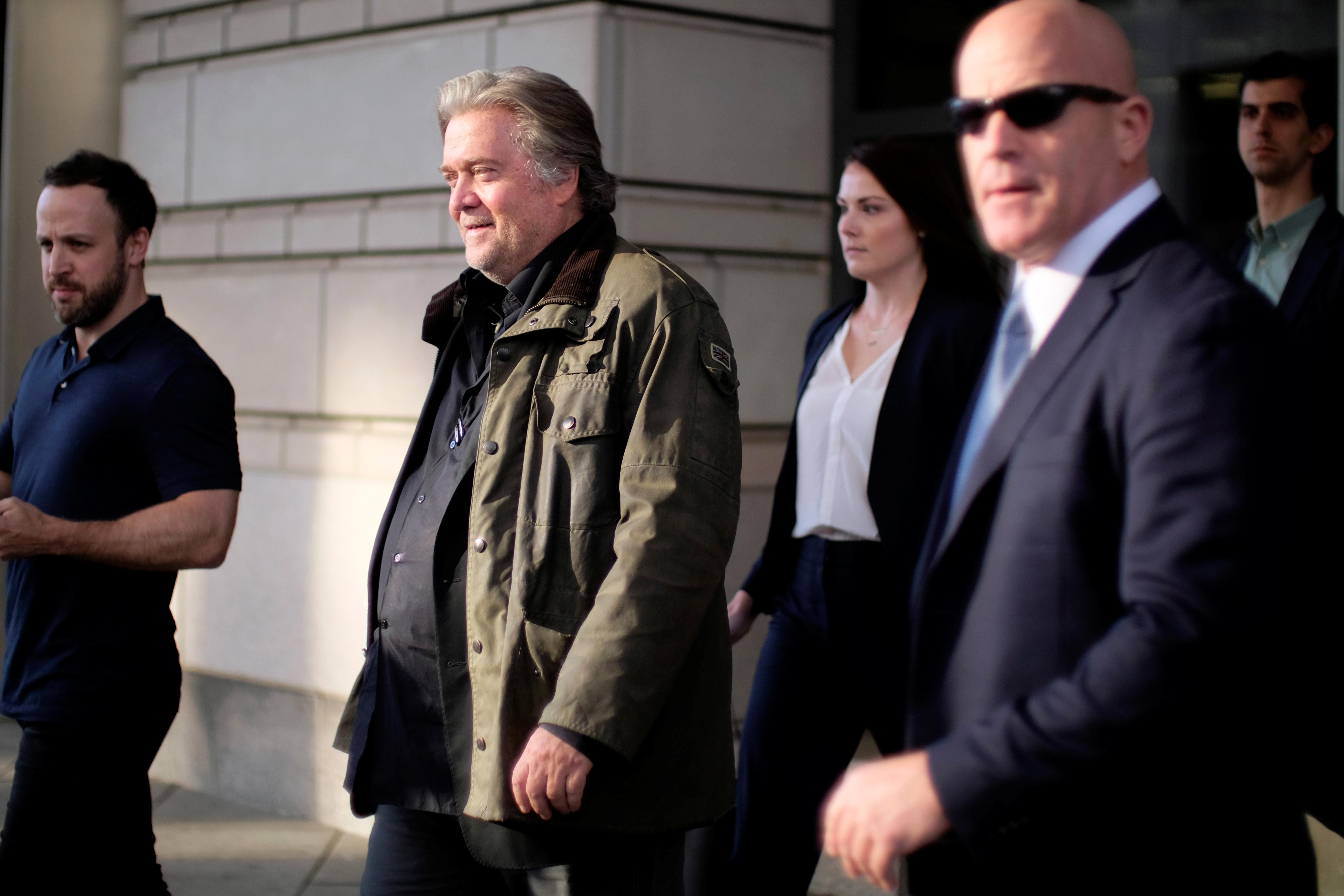 Credico’s statement may undercut the prosecution’s claim of criminal intent to tamper with a witness, but the jury will also weigh many other comments and threats by Stone including one in which he said, “Prepare to die.”

A second member of Trump’s 2016 campaign team, Rick Gates, is expected to take the witness stand for the prosecution when the trial resumes next Tuesday.