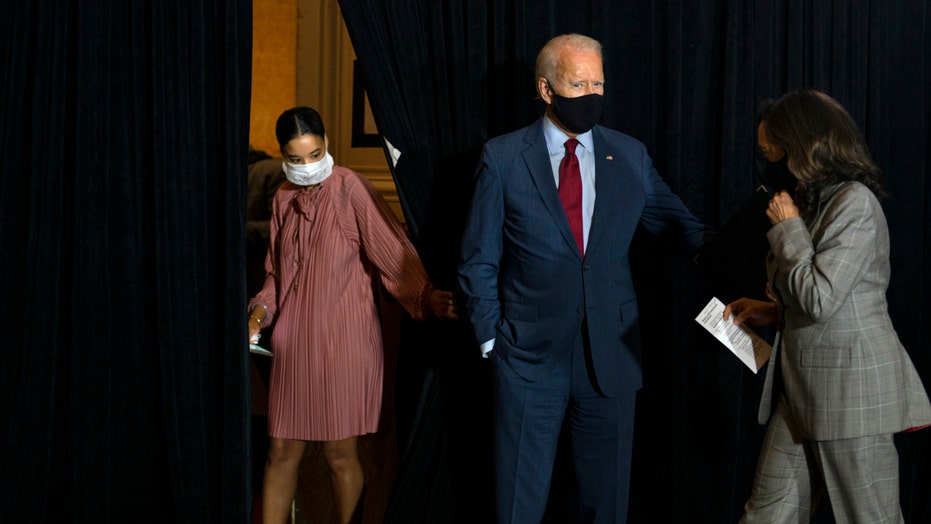 Fox News’ David Spunt gives an update on ex-FBI lawyer Kevin Clinesmith pleading guilty to falsifying a document. Then GOP chairman and strategist David Avella responds to the news from the Durham investigation and talks about Trump’s swing state stops

During this summer of madness in Portland, Ore., and sadness over COVID-19, two below-the-radar events occurred implicating the insatiable appetite of the United States government to spy on everyone in America. Regular readers of this column know that the feds have been wearing away at our privacy rights using a multitude of means. Yet, these two below-the-fold events this summer have caught the feds flatfooted.

Here is the backstory.

After the calamity of Watergate, Congress investigated the nature and extent of FBI and CIA spying on Americans as ordered by President Richard Nixon. A Senate committee headed by the late Sen. Frank Church, D-Idaho, in 1975 made such startling revelations of warrantless and unlawful spying on Americans pursuant to presidential whims — going back to FDR — that it offered legislation to provide judicial oversight.

The legislation is the Foreign Intelligence Surveillance Act of 1978. It established the FISA Court, with a rotating membership of federal district court judges appointed to it by the chief justice.

FISA is profoundly unconstitutional because it authorizes the judges on the FISA Court to issue search warrants using a lesser standard of proof than what the Constitution requires. The Fourth Amendment requires proof of the likelihood of evidence of crimes in the place to be searched as a precondition for the issuance of search warrants, and it requires specification of the place to be searched or the person or thing to be seized.

When James Madison wrote the Fourth Amendment, his goal was to compel the government to focus its investigative resources on evidence of crimes, not spying on political adversaries, as the British had done to the colonists, and to establish that the natural right to be left alone by the government — privacy — is the default position.

Government spying is a way of life for tens of thousands of government personnel, even outside the NSA.

FISA reverses all that. It presumes that the feds can obtain all the business and financial records they want about any person for any reason because they can define “business records” and “financial records” to include anything they want, such as mail from the Post Office or medical and legal records.

The FISA Court meets in secret in Washington, D.C., and even the judges on the court do not have access to its records. So, the court was hugely embarrassed a few years ago when one of its orders was leaked to the press. It was an order to Verizon directing it to furnish a year’s worth of telephone records to the National Security Agency — America’s 60,000-person strong domestic spy agency — of all 113 million Verizon customers! This was done without the NSA showing probable cause of crime and without identifying a single customer.

The unconstitutional order was granted pursuant to section 215 of FISA. That section purports to permit bulk acquisition of electronic data — print and voice — without identifying whose data is being sought and without requiring any showing of probable cause of crime. Last February, section 215 expired, and Congress made fruitless attempts to revive it.

Last week, Senate Majority Leader Mitch McConnell, R-Ky., when he adjourned the Senate for the summer, addressed the issues it will take up in the fall. FISA section 215 was not among them. McConnell’s silence is baffling as he and the intelligence community have been claiming loud and long, for nearly 20 years, that without section 215, the United States is ripe for subversion and invasion.

Was the pro-spying crowd in the government exaggerating all along about its need for section 215, or will the NSA continue to spy without even a tissue of statutory authorization? My friends formerly in the NSA tell me it doesn’t care about the law or the Constitution. Its goal is to spy on all persons all the time.

A few days before the mysterious McConnell silence came a rare public warning from the NSA. These master spies were concerned that military and Department of Homeland Security personnel in the streets of Portland were unwittingly exposing themselves to being spied upon, not by the feds, but by demonstrators in the streets using the same sophisticated spying tools the government uses.

Thus, the NSA warned that the demonstrators were using stingrays — fake cell towers that send signals that lock onto mobile phones permitting the user of the tower to follow the movements of the phones — as many local police departments unlawfully do.

Stated differently, the federal government was not warning Americans about foreign spies or the depth of its own spying. It was warning government employees about the depth of sophisticated Americans spying on them. The failure to abide this warning is surely one of the reasons the feds largely departed Portland’s streets as the demonstrators knew when and where the troops would arrive.

Government spying is a way of life for tens of thousands of government personnel, even outside the NSA. Yet, all of them have taken an oath to uphold the Constitution, which guarantees the right to privacy — privacy as a natural right, as the default position, with its invasion strictly limited to collect evidence of crimes from identified persons when authorized by a judge.

We have come full circle from Madison’s America. He was determined to craft a government that could not do to Americans what the British had done to the colonists. He failed.