Amid ‘Medicare-for-all’ debate in US, Britain sounds alarm over historic waiting lists 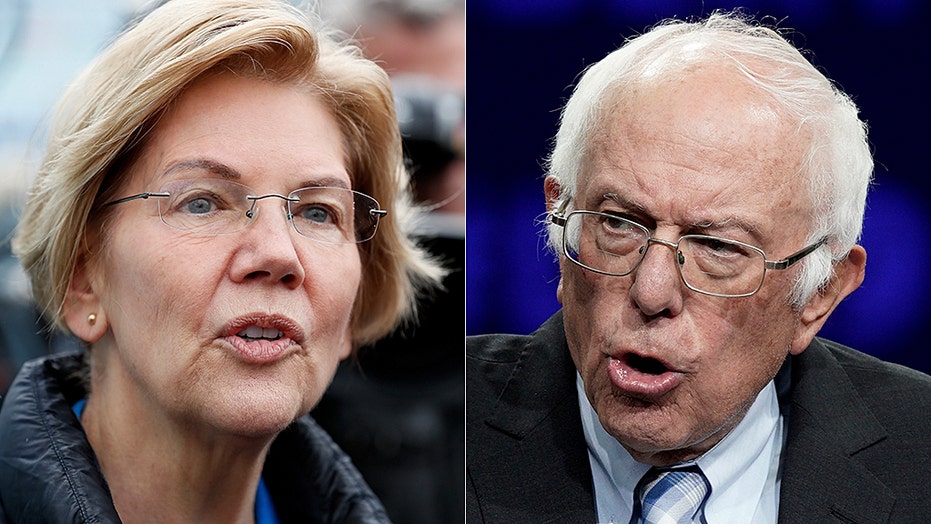 Even Democrats are taking notice of the estimated price tag. Dr. Vin Gupta weighs in.

As "Medicare-for-all" dominates the debate in America's Democratic presidential primary, a new report released by the British government on its National Health Service, or NHS, offers a warning on the downsides of a single-payer system.

The report on the government-run NHS system in England, released last month, details increased wait times for services ranging from emergency room visits to cancer care. And the study reports historic waiting lists totaling over 4.5 million people, up 40 percent in five years, for treatment with specialists.

"Cancer waiting times are the worst on record," the report also declares.

An American "Medicare-for-all" system would be different in a number of ways from the U.K.'s NHS system. Most notably, in Britain, the doctors and nurses are government-paid employees, and institutions are mostly government-run, while the "Medicare-for-all" plans in play would essentially put the government in charge of paying for privately run health care.

But the NHS has long been hailed as a successful example of government-run health care by a range of Democrats and left-wing activists. The single-payer health care plans boosted by top Democratic 2020 contenders Bernie Sanders and Elizabeth Warren have captured attention in recent days after Warren released her long-awaited plan last week.

Critics in the United States have said that Warren's price-control proposals could lead to shortages similar to those in England.

"Amusingly, she also proposes savings from 'restoring health care competition,'" The Wall Street Journal said in an editorial Sunday. "Because everyone will have good insurance, she says, 'providers will have to compete on better care and reduced wait times in order to attract more patients.' But if government is controlling all prices and reimbursements, what incentive is there to compete at all?

"There’s a reason every government-run health system in the world rations care. Ms. Warren won’t admit this explicitly about her brave new health world, but she comes close."

The report on the NHS system in England, released last month, finds that its performance is not meeting its standards in multiple statistical categories. For example, in September of this year, 15 percent of emergency room patients experienced wait times of more than four hours before admission or discharge. The system's stated goal is to keep that number at 5 percent. Additionally, wait times for cancer treatment are the worst on record and waiting lists for consultant-led treatment are at their highest ever.

"In August 2019, 78.5% of patients were treated within 62 days of urgent [general practitioner] referral," the report says of cancer wait times. "During 2018 and 2019 record low performance against this target was recorded. The target of 85% has been missed for all but one month since April 2014." 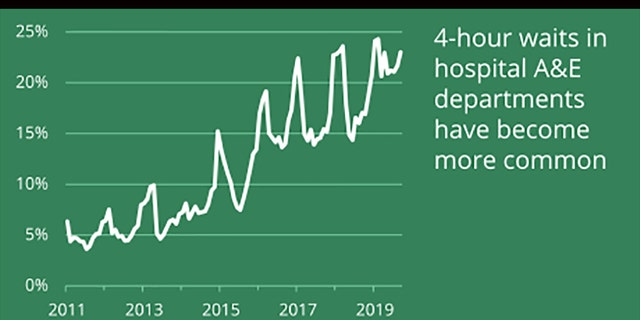 A chart from the British House of Commons shows increased wait times for "accident and emergency" care in English hospitals over time.
(House of Commons)

Patients whose general practitioner refers them to a consultant, the report continues, are also waiting longer.

While the report is largely negative, it notes some positive indicators — including an increase in the number of doctors and nurses in recent years.

The British NHS provides health care for all for no cost at the point of delivery, which is similar to what Sanders and Warren aim for with "Medicare-for-all." It is funded through general taxation, meaning every taxpayer chips in to fund the program. 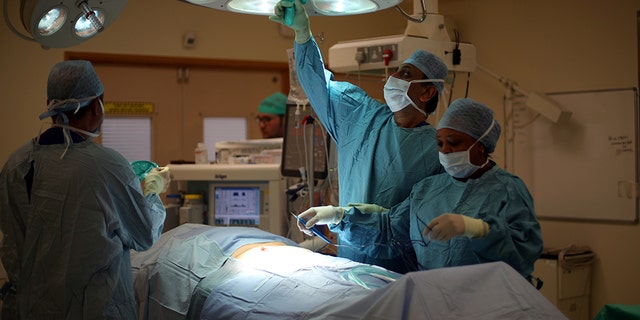 A surgical team prepare a patient ahead of performing an operation at Milton Keynes University Hospital in Milton Keynes, central England, Britain, May 23, 2018. A recent report shows England’s NHS system is failing to meet several of its standards regarding patient wait times.
(REUTERS)

As Fox News first reported, Warren on Friday outlined a plan costing $52 trillion over the next decade, including $20 trillion in new spending — covered largely by an array of taxes on corporations, the wealthy and employers in general.

A report from the Committee for a Responsible Federal Budget released a report last week that said it would be "impossible" to fund such a plan with only taxes on the wealthy.

Lates News:
2019-11-05
Previous Post: Is Kroger’s Updated Guidance Really That Exciting?
Next Post: Uber must soon face up to task of picking up some serious money