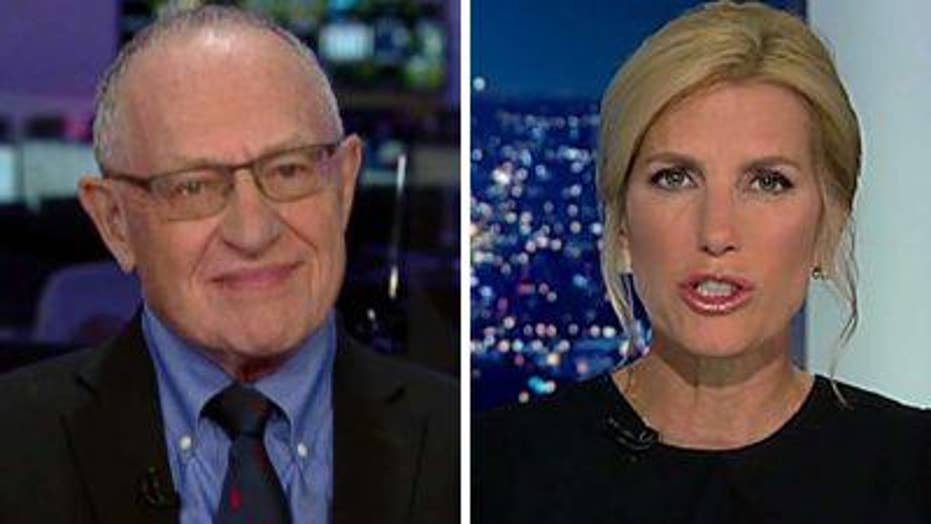 Dershowitz on the Ingraham Angle: The Mueller report should never have been written.

Dershowitz on the Ingraham Angle: The Mueller report should never have been written.

Special Counsel Robert Mueller's report on the Russia investigation should never have been written, according to Alan Dershowitz.

The Constitution does not explicitly provide for special counsels or special prosecutors, Dershowitz said Tuesday on "The Ingraham Angle."

He added such offices are "inconsistent" with the founding document, adding that there wasn't a pretense for the several-hundred-page conclusion to the investigation into President Trump.

Dershowitz also claimed Democrats have no legal right to have Mueller testify before them.

"Prosecutors have a right to say only one thing: We have concluded there's no evidence sufficient to charge the president with Russian collusion or obstruction of justice, period. I'm taking no questions, I'm making no public report. I'm giving my findings to the attorney general.

"No prosecutor should go beyond that."

The news came just a day after a key Democrat-led committee postponed its own contempt vote and said the Justice Department was cooperating with its investigation.

On Monday, House Judiciary Committee Chairman Jerrold Nadler, D-N.Y., announced he had reached a deal with the Justice Department to access key documents related to potential obstruction of justice, and that he would pause efforts to have the full House vote on that measure.

Fox News' Gregg Re contributed to this report.