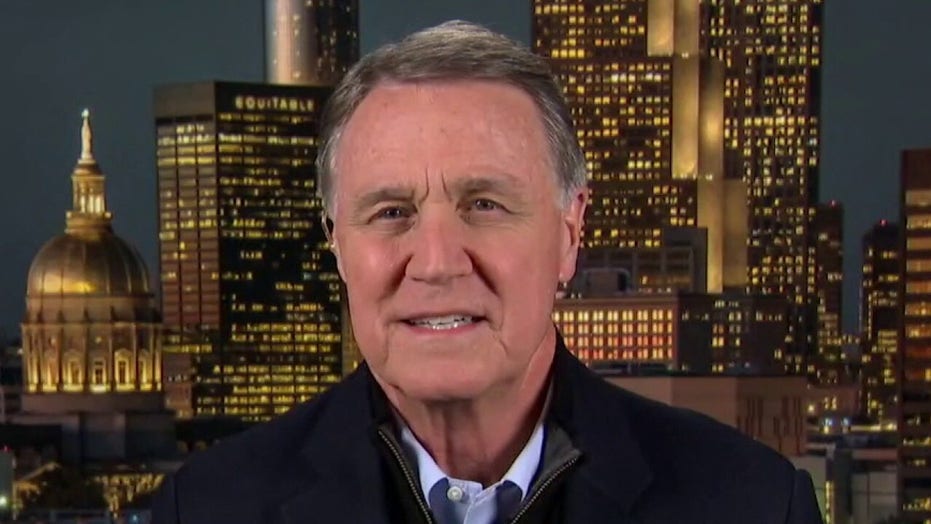 Perdue: Schumer will use Georgia to impose socialist agenda on America

Rev. Al Sharpton went after Republicans and Georgia Sen. Kelly Loeffler for characterizing Raphael Warnock – the top Democratic candidate in a heated runoff race for a Georgia Senate seat – as a dangerous radical.

Warnock has served as a senior pastor of the Ebenezer Baptist Church in Atlanta since 2005, which is the same church where Dr. Martin Luther King Jr. preached.

His competitor – Loeffler – has dubbed him the "most radical and dangerous candidate in America."

In an op-ed published on MSNBC, Sharpton wrote that Republicans are "threatened" by the organizing power of the Black Church and have harkened back to a line of attack that has been used against other Black leaders like Baptist pastors, former New York Rep. Adam Clayton Powell Jr. and former President Barack Obama.

RAPHAEL WARNOCK DISMISSES CONTROVERSY OVER PAST SERMON REMARKS AS 'DISTRACTION'

Those attacks involve characterizing the target as a radical, extremist, communist and overall threat to society.

"They have chosen the same tired tropes and talking points used time and again against Black leaders, the Black church and our faith," Sharpton wrote. "It is disgusting, it is dangerous, and it must be denounced immediately."

Sharpton mentioned Loeffler specifically for comments she made during the December runoff election debate, where she called Warnock a "radical liberal" more than a dozen times.

"It’s tired; it’s old; and it’s the same vile fearmongering that was used against transformative changemakers like Powell and against Black men since the inception of this nation," Sharpton wrote. "Loeffler knew exactly what she was doing."

A spokesperson for Loeffler's office did not immediately return Fox News' request for comment on Sharpton's remarks.

Loeffler has focused in on Warnock’s sermons, where in one instance, for example, he said no one can serve "God and the military."

The race between Warnock and Loeffler is one of two runoff races in Georgia that will take place on Jan. 5. The state’s other Senate seat will be determined in a runoff election between Republican Sen. David Perdue and Democratic challenger Jon Ossoff.

The two elections have generated a significant amount of national attention because they will determine which party controls the chamber. If Democrats are able to win both races, the effective balance of power will be tied at 50-50, with Vice President-Elect Kamala Harris serving as the tie-breaker.