Afghanistan’s war will spread beyond its borders as Taliban advances, senior negotiator warns 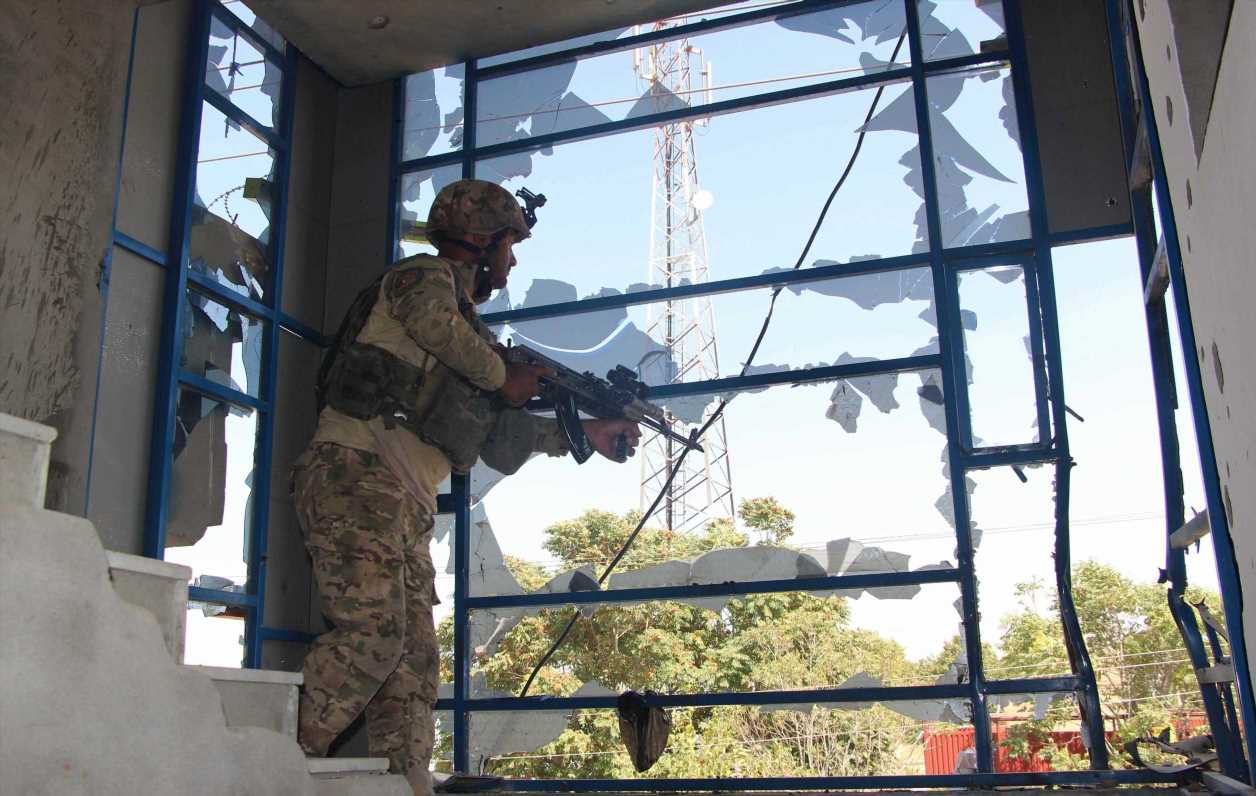 DUBAI, United Arab Emirates — The Taliban's blitz of Afghan territory expanded on Wednesday, with the insurgents asserting control over nine of the country's 34 provincial capitals.

Afghan and U.S. officials have warned of catastrophic violence in the war-torn country of 39 million as the deadline approaches for all U.S. troops to withdraw by the end of August.

Nader Nadery, a senior member of the Afghan Peace Negotiation Team, expressed grave concern over the rapidly worsening situation while speaking to CNBC on Wednesday.

"If the Taliban advances militarily, the region will be burned. This war will not be contained within the borders of Afghanistan," Nadery told CNBC's Capital Connection.

Asked what he saw as the most immediate danger to the international community, Nadery, who lived through decades of turmoil in Afghanistan, described a potential swell in terrorist activity far beyond the country fueled by a sense of victory over Western forces.

The fear is of "a consolidation of power of all the terrorist groups [under] the umbrella of Taliban and the space that the Taliban is providing for them," Nadery said.

"The slogan now of every single terrorist group with the jihadist mind is 'now that we have defeated the United States and its 42 allies in Afghanistan, we can go after them anywhere'," Nadery added. "That slogan is a clear danger that will enable groups like the Daesh (ISIS), Al Qaeda and others to rally more people, because they're on the march, they feel triumphant."

"Members of the Taliban told us in our face that they have defeated the United States and the NATO allies," he continued. "And that's not going to be an easy slogan for them to give up, it will be a danger to any disenchanted young in the region and in a broader global arena, where they will join forces around that slogan, and this is not an easy danger."

International terrorism spawning from a war-torn state is all too familiar. Al Qaeda grew in the 1990s as the group was provided a haven by Afghanistan's Taliban government, providing a base to plan the September 11 attacks, which prompted the initial U.S. invasion of Afghanistan nearly 20 years ago.

The Taliban's continued push for power across Afghanistan is also bolstered by the group's recently gained international legitimacy, starting with the U.S.-Taliban peace deal and more recently its senior members' visit to China that saw what appeared to be warming ties with Beijing.

"China, unfortunately, have given them [the Taliban] a red carpet just recently, those things need to be ended if we are to see a stable region," Nadery said.

'They've got to fight for themselves'

At the White House on Tuesday, President Joe Biden told reporters that he does not regret his decision to withdraw American troops from Afghanistan, despite shocking gains by the Taliban.

"Look, we spent over a trillion dollars over twenty years, we trained and equipped with modern equipment over 300,000 Afghan forces," Biden said.

"Afghan leaders have to come together," the president added. "They've got to fight for themselves, fight for their nation."

In April, Biden ordered the full withdrawal of approximately 3,000 U.S. troops from Afghanistan by Sept. 11.

The Pentagon's colossal task of removing servicemembers and equipment out of Afghanistan is nearly complete, with the U.S. military mission slated to end by Aug. 31.

Since the U.S. began its withdrawal from the war-torn country, the Taliban has made stunning battlefield advances despite being vastly outnumbered by the Afghan military.

On Wednesday, the Taliban seized three provincial Afghan capitals as well as a local army headquarters in Kunduz, according to the Associated Press. Wednesday's gains give the Taliban approximately two-thirds control of the nation.

At the Pentagon, spokesman John Kirby told reporters on Monday that while the Biden administration plans to continue to provide air support, there was not much else the U.S. military could do.

Kirby added that while the Pentagon is concerned to see such advances by the Taliban, the Afghan military must now leverage the years of training from U.S. and NATO coalition forces.

As the security situation in Afghanistan worsens, the State Department is looking at ways in which to downsize the U.S. Embassy in Kabul. There are approximately 600 U.S. troops protecting the embassy grounds.

"Obviously it is a challenging security environment and were we able, were we confident and were we comfortable having a larger staffing presence there we would," State Department spokesman Ned Price told reporters Tuesday when asked about the reduction in staff in Kabul.

Amanda Macias contributed to this report from Washington.