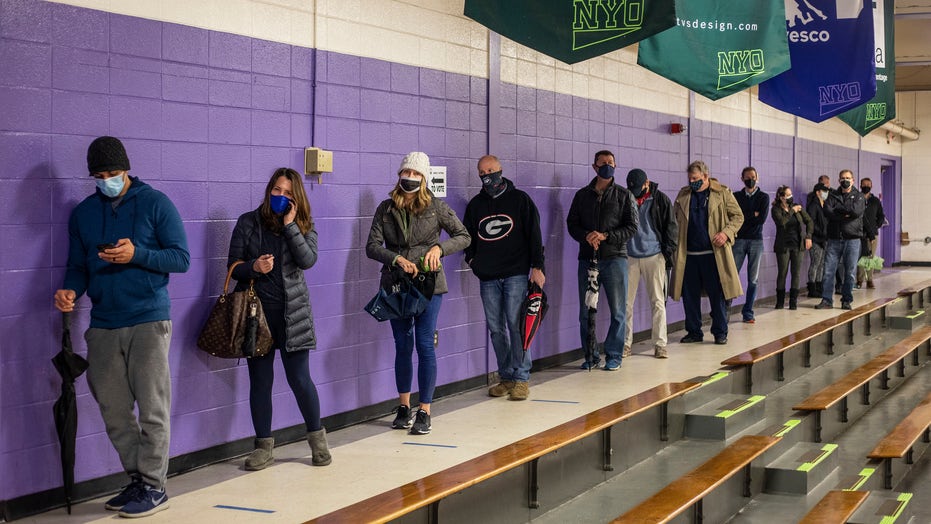 Almost 76,000 new voters registered in Georgia between the Nov. 3 presidential election and the state's Dec. 7 deadline.

The Peach State's runoff elections are under magnified scrutiny, as the twin races will decide control of the U.S. Senate.

OVER 700,000 GEORGIANS HAVE CAST THEIR VOTE WITH NEARLY 3 WEEKS UNTIL RUNOFF ELECTION

With each candidate comes a star-studded cast of campaigners. Mike Pence stumped for his fellow GOP members on Thursday and President Trump rallied in Valdosta earlier this month.

President-elect Joe Biden traveled to the state earlier this week, and Vice President-elect Sen. Kamala Harris, D-Calif., is scheduled to appear at rallies on Monday. 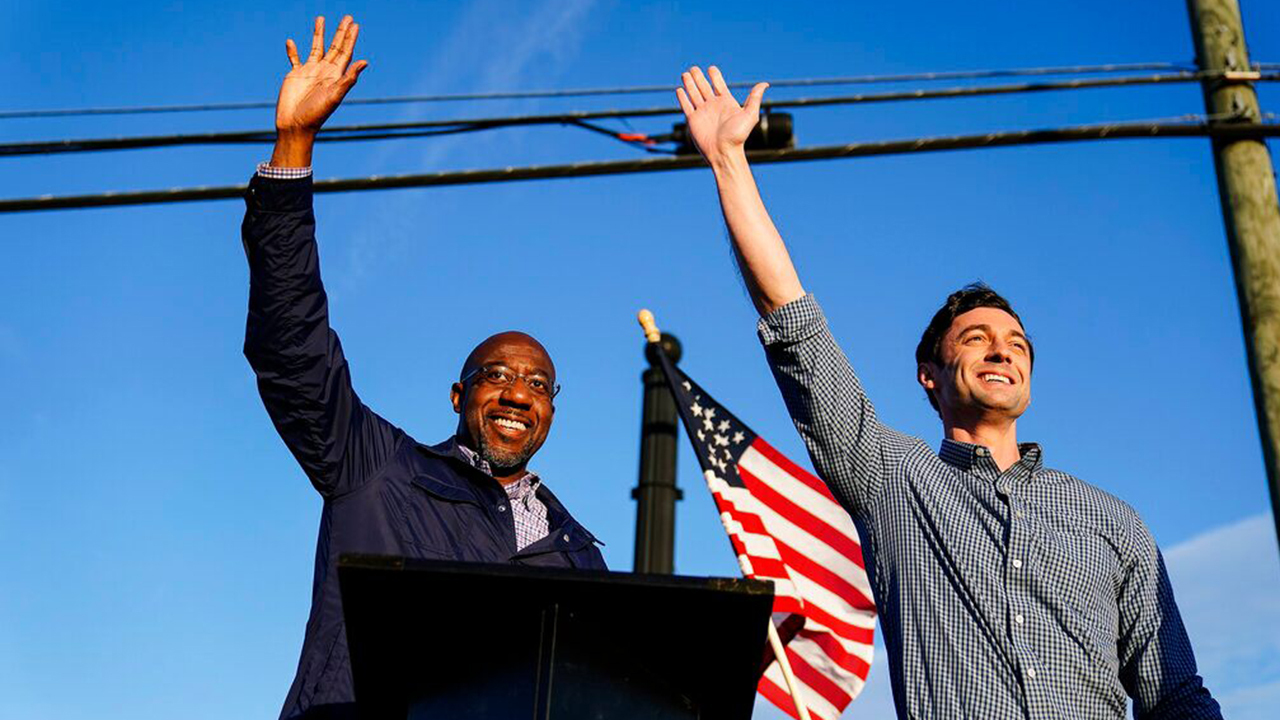 The number of new voters was first reported by The Atlanta Journal-Constitution after it purchased a voter registration list from Republican Secretary of State Brad Raffensperger's office.

More than half of the 75,858 on the list were under the age of 35. Some had just turned 18, and others were new Georgia residents.

The state election data shows that the number of voters in the state has increased by about 34,000 per month since October of 2018.

There are almost 8 million registered voters in the state, and 5 million turned out in the presidential election.

Early voting began Monday and Georgians have voted in irregularly high numbers, with 356,000 casting their ballots in the first two days.

Through Tuesday, 715,048 Georgians had voted early in person and by mail. 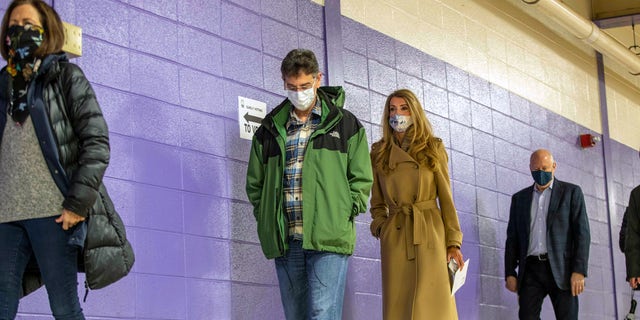 Although that number is 12% lower than at the same point in the general election, runoffs are known for lower turnout.

With nearly three weeks left until Election Day, voter turnout was already 38% of the total turnout in the last Senate runoff of 2008.

According to The Atlanta Journal-Constitution, just 2,670 of the new voters had cast their ballots through Tuesday.

On Monday, the Loeffler and Perdue campaigns accused Raffensperger — who has butted heads with fellow Republicans and President Trump in recent weeks over election results – of failing to release a list of newly registered voters.

Republicans have worried that Democrats could move to Georgia temporarily to vote in the Senate runoffs, something Raffensperger said he would not allow.

In a statement provided to Fox News, the campaigns called for transparency in the process, and voiced their support for a new lawsuit that seeks to address double-voting issues by putting aside ballots cast by newly registered voters who already voted for the U.S. Senate in another state this year. 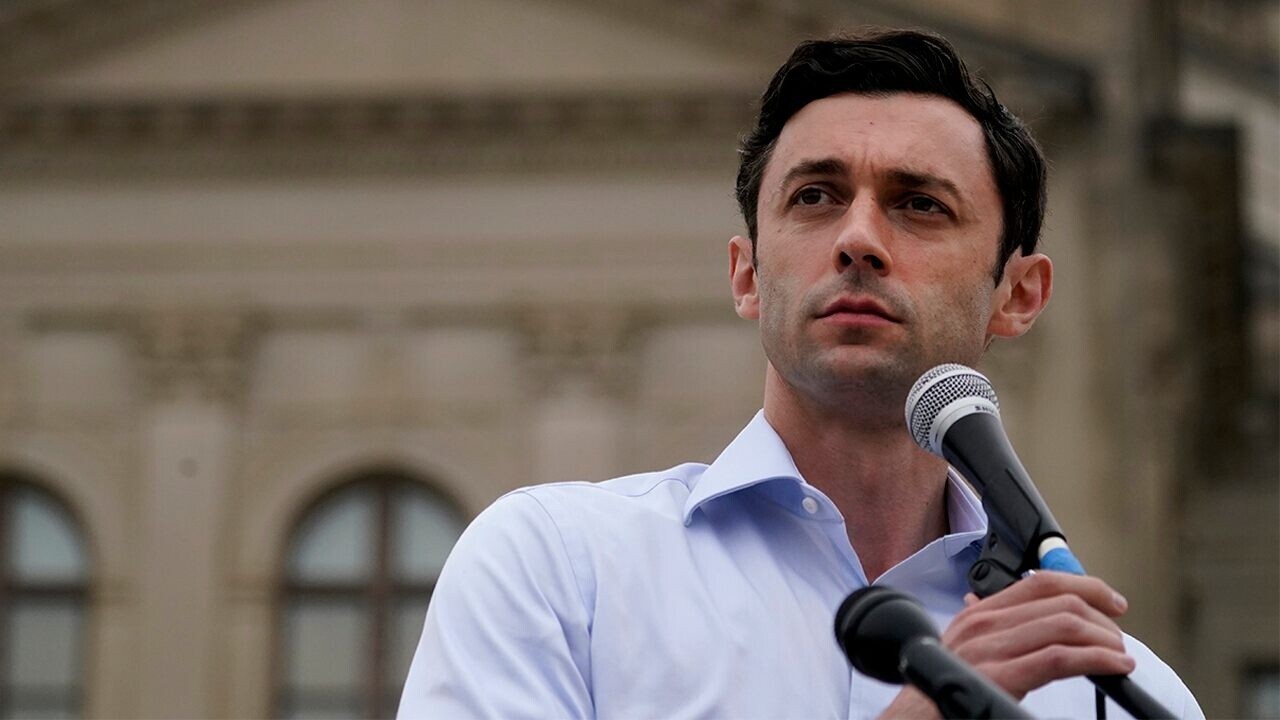 "There is too much at stake in these elections for there to be any doubt in the integrity and transparency of their outcomes. Georgians will not tolerate double-voting and failures to address out-of-state voters attempting to influence the results of these elections," they said. "Immediate action is required to ensure that doesn't occur. We must secure the accuracy and integrity of the January run-offs, because all legal Georgia votes must be counted."

"Senators Perdue and Loeffler are not requesting that the court preclude any lawful voter from casting a ballot. The Secretary of State must require such action before ballots are processed, or else illegal ballots will be impossible to remedy, undermining the integrity of the January 5 run-offs," the campaigns noted in an accompanying release.

Fox News has reached out to Warnock's campaign on the issue and did not immediately receive a response. The Ossoff campaign would not comment.