Dozens of pro-democracy activists in Hong Kong, including some of the movement’s major figures, were charged as part of China’s biggest crackdown yet under its new controversial security law.

Hong Kong police said they had charged the 47 individuals with a single count of “conspiracy to commit subversion.”

They said the group was made up of 39 men and 8 women, aged between 23 and 64, and that they will appear in court on Monday.

They were arrested in a dawn raid in January, accused of organizing and participating in an unofficial primary election last year to find candidates for a legislative council election, Reuters reported. 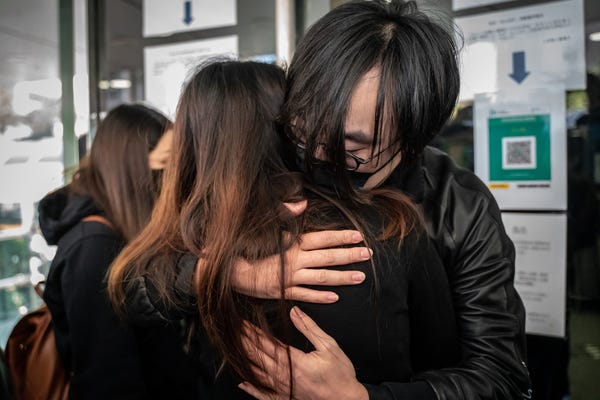 Major figures like Leung Kwok-hung, Eddie Chu, and Alvin Yeung were also arrested, according to Reuters, as was the legal figure and activist Benny Tai.

Supporters gathered outside police stations while they arrived, Reuters reported.

Sam Cheung, a 27-year-old who was among those charged, told reporters before he went into the station, “Hong Kongers have a really tough time these days,” according to Reuters.

He added: “I hope everyone won’t give up on Hong Kong,” he said, saying he hopes people “fight on.”

Beijing imposed the law in June 2020 that allows China to set up a formal police presence in Hong Kong.

The law increases the risk for people who protest and speak out against China and allows law enforcement to increase the detention of people who criticize the government.

An international backlash greeted it, and experts say that it fundamentally changes Hong Kong, ending the democratic freedoms that have been in place in the semi-autonomous city for decades. Many democracy activists have fled the city since the law was introduced.

The maximum penalty for each crime under the law is life in prison.

The news that the law was going to be introduced sparked new rounds of protests in Hong Kong, having already taken over the city to fight China’s proposed bill allowing Hong Kong residents to be extradited to China, as well as opposing police brutality.

But the law was still introduced.

The European Union Office in Hong Kong called for the immediate release of those arrested, Reuters reported.

It said: “The nature of these charges makes clear that legitimate political pluralism will no longer be tolerated in Hong Kong.”