Up to 8,000 migrants advance in U.S.-bound caravans across Guatemala 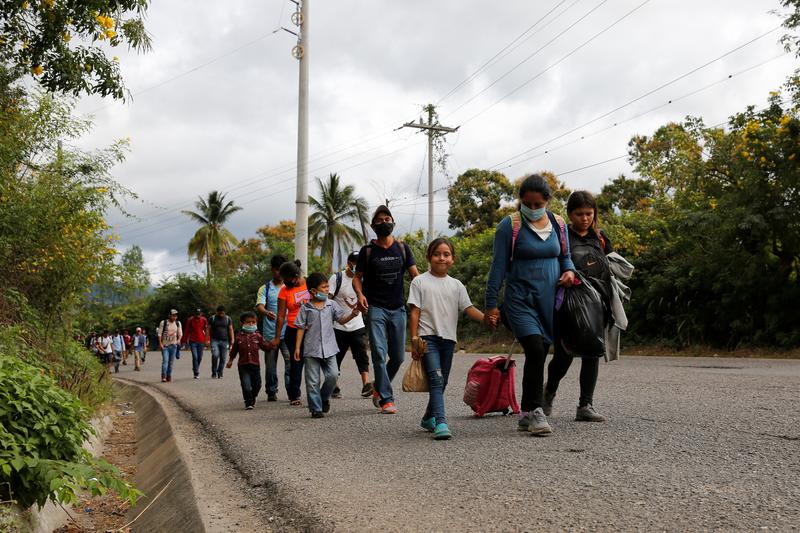 GUATEMALA CITY (Reuters) – Thousands of Hondurans, including many families with children, walked together across Guatemala on Saturday hoping to reach the United States, fleeing poverty and violence in a region wracked by the economic fallout of the pandemic and back-to-back hurricanes late last year.

About 6,000 migrants have entered Guatemala since Friday, according to the spokeswoman for Guatemala’s immigration authority, Alejandra Mena.

Another 1,500 to 2,000 migrants forced their way across the Guatemalan border midday on Saturday, according to a Reuters witness, after confrontations with Guatemalan soldiers and immigration agents.

The first migrant caravan of the year comes less than a week before U.S. President-elect Joe Biden takes office.

In the meantime, Mexican and Central American authorities coordinated security and public health measures aimed at deterring mass unauthorized migration across the region.

Guatemala, Honduras, and Mexico deployed thousands of soldiers and riot police aimed at blocking the migrants’ passage. But the caravan has grown considerably over the last 24 hours, with members citing a spiraling crisis of hunger and homelessness in Honduras as their reasons for joining.

“We have nothing to feed to our children, and thousands of us were left sleeping on the streets,” said Maria Jesus Paz, a mother of four children who said she lost her home in the hurricanes.

“This is why we make this decision, even though we know that the journey could cost us our lives,” she added.

On Friday, Guatemalan military detained hundreds of migrants, including many families with young children.