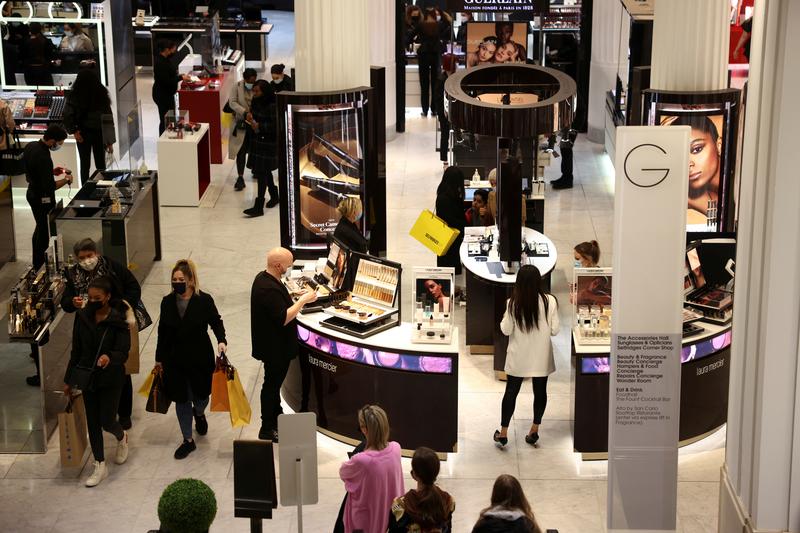 LONDON (Reuters) – British retailers are likely to have to put prices up due to Brexit costs and a global rise in shipping rates and commodity prices, a trade body warned on Wednesday.

The British Retail Consortium, which represents major high-street stores, said prices in April were 1.3% lower than a year earlier, compared with a 2.4% drop in the year to March and an average 3.4% decline over the past year.

Headline inflation in Britain has been weak since the start of the COVID pandemic due to a global fall in oil prices and reduced demand for items such as clothing.

This trend is now starting to reverse as retailers across Britain begin to reopen after several months when most non-food shops were closed to the public due to COVID restrictions, the BRC said.

Some shops were still discounting old stock in April, but in other cases such as furniture stores prices were already rising due to a mix of high demand and disruption to supply chains.

“In the months ahead retailers will have to battle the cost pressures from Brexit red-tape, rising shipping costs due to international supply issues, as well as increasing global food and oil prices,” BRC chief executive Helen Dickinson said.

“Retailers may be left with no option but to pass on some of these costs to consumers,” she added.

The European Union introduced new checks on British goods exports on Jan. 1, slowing trade and increasing paperwork and Britain is due to impose similar measures on EU imports later this year.

The broader measure of consumer price inflation calculated by Britain’s Office for National Statistics rose to 0.7% in March from 0.4% in February. Many economists expect it to rise rapidly towards the Bank of England’s 2% target this year.