A technology investment fund bankrolled by the CIA is stalking Australian companies for future investment opportunities.

The company, In-Q-Tel, headed by former US Marine Mike Ferrari, opened its Sydney office late last year. Its stated goal is "to reach startups and the venture capital community outside the United States and to better contribute to the national security of the US and its allies". 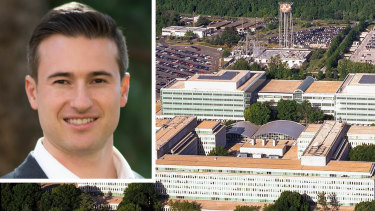 In-Q-Tel, which is backed by the CIA (its headquarters pictured), has poured money into more than 178 companies and now has an Australian office led by managing director Mike Ferrari (inset).

In recent weeks, Mr Ferrari has begun approaching local startups, offering to invest $3 million for either equity, shared ownership of some of the products they create, or to bankroll product development.

An Australian space company is in advanced negotiations with the CIA offshoot, sources say.

In a recent addition to his LinkedIn profile, Mr Ferrari said he was taking In-Q-Tel "on the road to Sydney".

"Innovation knows no boundaries, and a physical presence overseas (including London as well) is a continuation of our efforts to obtain a better understanding of technology and market developments outside the United States," he wrote. 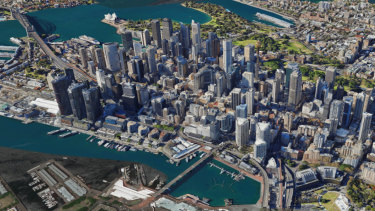 Once exclusive to the CIA, In-Q-Tel has taken on new partners since launching in 1999, including Homeland Security, the Federal Bureau of Investigation (FBI), and the National Security Agency (NSA).

In 2003, it was one of the first investors in a company called Keyhole EarthViewer, which later became Google Earth. The US National Geospatial-Intelligence Agency was created out of this technology as a separate branch to the NSA that now focuses on exploiting and analysing geographical information and activity.

In the US, Mr Ferrari led the company's investment in startups that focused on building artificial intelligence and machine learning technologies, and emerging platforms such as drones, space, robotics, augmented reality, and virtual reality. He also helped it invest in companies building enterprise software and infrastructure, and advanced analytics software.

"They were invited by the Australian government," an industry source said of In-Q-Tel, adding they believed the CIA-backed fund had an estimated $US400 million ($573m) to invest globally. According to fund tracking site CrunchBase, In-Q-Tel has poured money into more than 178 companies. 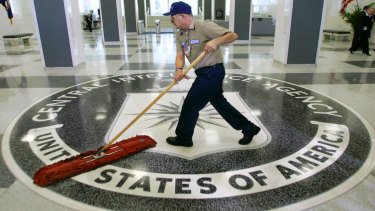 A man cleans the floor at the CIA.Credit:AP

A spokesperson for Prime Minister Scott Morrison's office confirmed a partnership with In-Q-Tel.

"Australian agencies work closely with international partners on a range of national security issues, including innovation and technology," the government spokesperson said on Monday night. 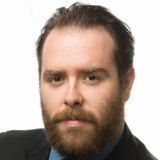 Brendan Thomas-Noone is a Research Fellow at the United States Studies Centre at the University of Sydney.

"This partnership with In-Q-Tel will help ensure Australian agencies have access to new technologies which can boost our national security capabilities."

Mr Ferrari did not respond to requests for comment at the time of publication.

Brendan Thomas-Noone, a research fellow in the Foreign Policy and Defence Program at the United States Studies Centre, said he was unsurprised In-Q-Tel had opened an Australian office.

He said Australia should launch its own version of In-Q-Tel.

"We as Australians, we don't invest enough money in our defence, science and defence innovation," Mr Thomas-Noone said on Monday. "I am a big proponent of spending more in this area.

"As the Australian defence budget has increased over the years, they have kept the amount going to defence science at the same percentage as before, so it's been a relative decrease in spending.

"We are underspending massively in how much we invest in our own defence science community.

"Defence should be using its own private capital to invest in new, innovative technologies that will essentially keep our qualitative military advantage in the region."

Australia's defence spending for fiscal year 2019–20 rose by $2.3 billion to $38.7 billion, the government announced in its annual budget in April. Funding over the the three fiscal years beyond the new budget will total $136 billion, with the estimate for 2022–23 set at $48.7 billion.

While Defence did have a Next Generation Technologies Fund making investments in strategic areas in 2016, Mr Thomas-Noone said that most of its funding was concentrated in mid and large-scale projects, such as quantum computing research in major universities and hypersonic technology driven by Boeing and Lockheed.