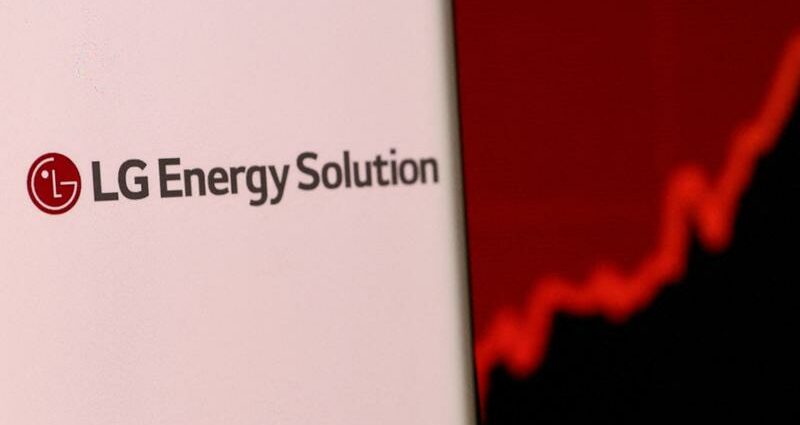 SEOUL (Reuters) – South Korean battery maker LG Energy Solution (LGES) said on Monday it expects its global market share to become bigger than that of its Chinese rival Contemporary Amperex Technology Co Ltd (CATL) because it has a more diverse customer base.

FILE PHOTO: LG Energy Solution’s logo is pictured on a smartphone in front of the stock graph displayed in this illustration taken, December 4, 2021. REUTERS/Dado Ruvic

“We have a wider range of customers not only limited in China, but also in the United States as well as in Europe, while CATL’s growth has been mostly backed by Chinese automakers,” LGES Chief Executive Officer Kwon Young Soo told reporters during a news conference on Monday.

The news conference was held as LGES is preparing for an initial public offering this month.

LFP batteries, 95% of which are made in China, are considered cheaper and safer than nickel-based batteries, but have less energy density and need be recharged more often.

Tesla said it plans to adopt LFP batteries in its fleet of standard-range vehicles globally.

Lates News:
2022-01-10
Previous Post: Airlines forced to cancel flights as omicron hits demand and frontline crew
Next Post: Nature risk is the next big theme in responsible investment. But what is it?