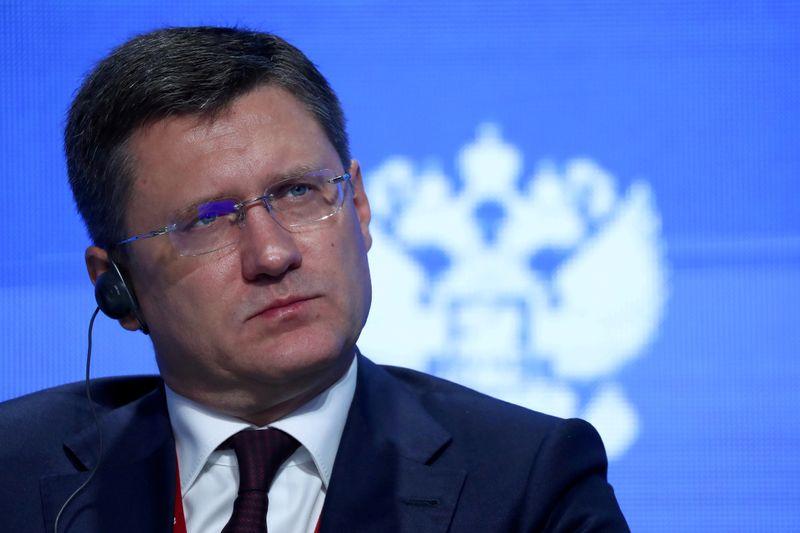 MOSCOW (Reuters) – Russian Energy Minister Alexander Novak said it was extremely important for Russia and other oil producers to quickly regain, or even raise, their market share once the demand recovers, according to a ministry’s in-house magazine published on Tuesday.

To ensure Russia has not lost its oil market share after a global oil production cut agreement is over in 2022, Moscow has worked out a programme of unfinished oil wells, which could be launched once the output reduction deal expires.

“Once (oil) demand starts returning to the pre-crisis levels, it will be extremely important for Russia and for other oil producing countries to quickly regain market share, or even to raise it,” Novak said.

He did not say if the programme of unfinished wells, a scheme widely used by U.S. shale oil producers, has been approved by the government after being announced in May.

OPEC and its allies, a group known as OPEC+, are cutting output by 7.7 million barrels per day (bpd) until December to support prices as the coronavirus pandemic hammers demand.

Novak said that the government would offer three-year tax breaks for companies engaged in the programme from early 2022, estimating the number of the unfinished wells at 2,700.

Russia has mainly shut down old or less-productive wells that won’t necessarily be revived when the supply deal expires in April 2022, so the government is considering to help oil companies to ensure lost output can be replaced quickly.

To provide some respite for the oil services industry, Novak suggested companies engage in “green” energy production until oil demands recovers, he told the magazine.

He also said the same scheme could be used for the natural gas industry.