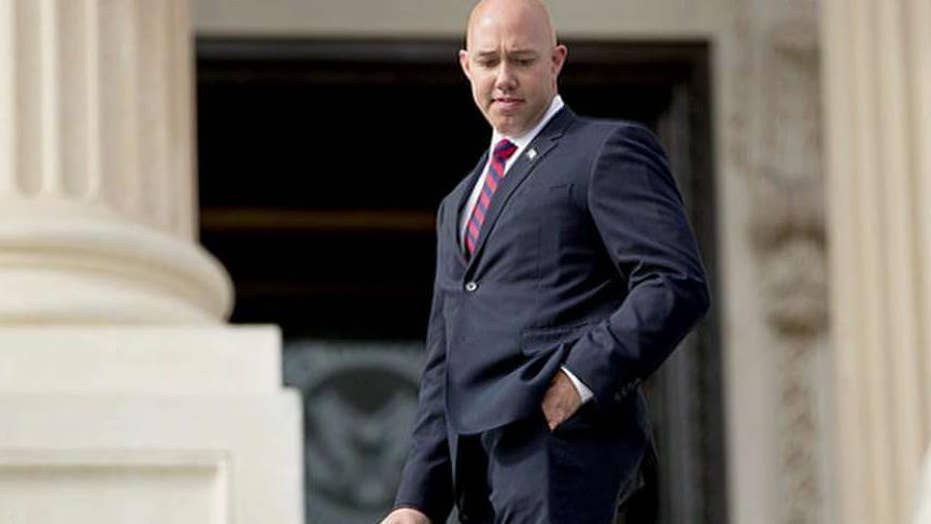 Rep. Brian Mast, R-Fla., a retired Army Ranger, spoke out on Thursday after he was evicted from his congressional office space in the West Palm Beach Veteran Affairs Medical Center.

The move came after Mast, who lost his legs in an explosion in Afghanistan in 2010, grilled a Department of Veteran Affairs official at a hearing earlier this year.

“They [the Department of Veterans Affairs] told us that we got to be out in December. We’re hoping that we can change that,” Mast told “Fox & Friends.”

Mast said he hopes VA Secretary Robert Wilkie will “go out and make a change” to the eviction decision.

Mast had opened the first-ever congressional office inside a VA facility back in January, looking to make “a better path forward to advocate for all our veterans.”

In April, after three veterans took their lives within five days of each other at VA facilities in two states, Mast directed tough questions to Veterans Affairs officials during a hearing.

“We need to flip that place upside down in order to change the whole climate of what’s going on there and if the people in charge aren’t willing to do that, then they’re not doing the right thing,” Mast said.

The Department of Veteran Affairs press secretary issued a statement to “Fox & Friends," contending that the office space is needed for medical care.

“The VA’s primary mission is delivering medical care to veterans and the physical spaces within our facilities are used for that mission. The department will use the space previously dedicated to 6 members of congress for the provision of medical care services. Moreover, no law authorizes the Department to dedicate its space for Members of Congress to provide constituent services. Past bills authorizing the Department to do so have not been enacted.”

“Our job is oversight and if they don’t let us in there to do that, then there is a real problem.”