Oil steady near $70 on hopes of recovering demand 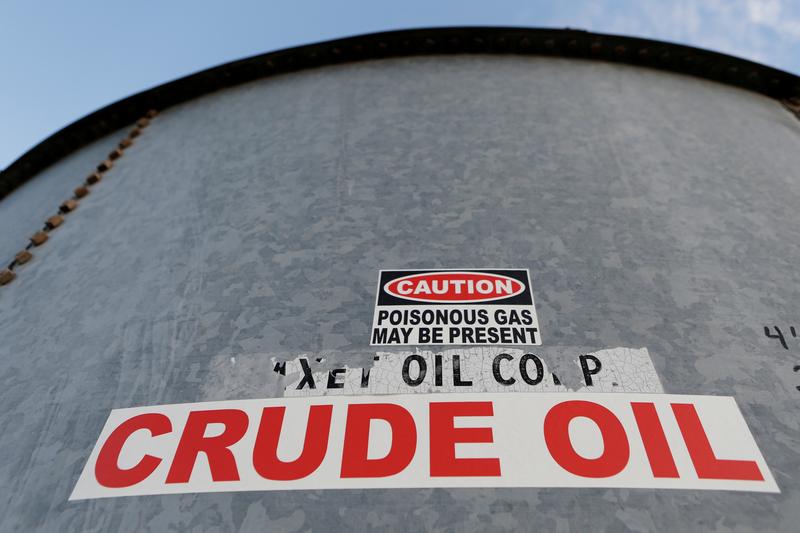 NEW YORK (Reuters) – Oil hovered near $70 a barrel on Friday, supported by production cuts by major oil producers and optimism about a demand recovery in the second half of the year.

FILE PHOTO: A sticker reads crude oil on the side of a storage tank in the Permian Basin in Mentone, Loving County, Texas, U.S. November 22, 2019. REUTERS/Angus Mordant/File Photo

Brent is on track to end the week flat after prices touched a 13-month high on Monday, following seven straight weeks of gains.

“Demand for risky assets such as oil continues to be buoyed by the White House relief package and an almost daily flow of optimistic vaccine headlines,” said Jim Ritterbusch, president of Ritterbusch and Associates in Galena, Illinois.

The Organization of the Petroleum Exporting Countries forecast a stronger oil demand recovery this year, weighted to the second half. OPEC, Russia and its allies decided last week to maintain its output curbs almost unchanged.

“The stronger-than-expected rebound in the second half of this year implies that the global economy and hence oil demand outlook is close to shaking off its COVID woes,” PVM analysts said.

RBC Capital analysts said the fundamentals for summer gasoline was the most bullish in nearly a decade.

Lates News:
2021-03-12
Previous Post: Goldman Sachs COO on BTC: No question in our mind there will be more use of digital money
Next Post: As Brands Recover From Pandemic, Factory Workers Remain Unpaid