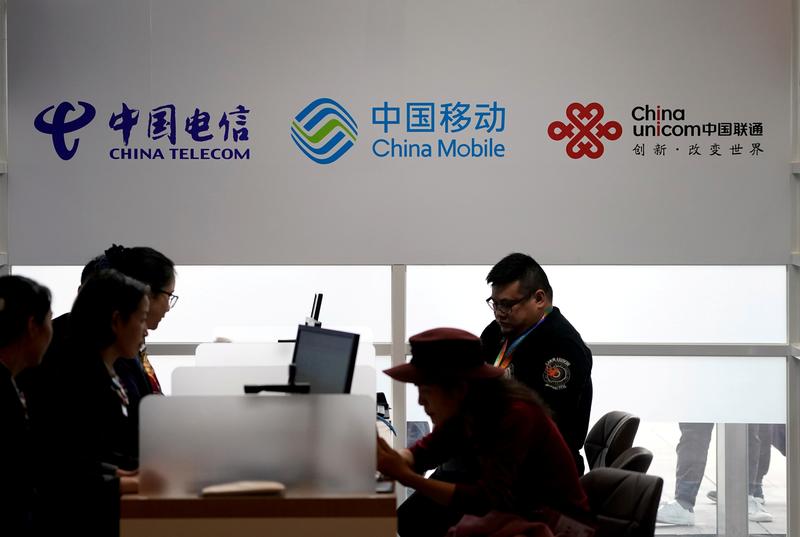 SHANGHAI/SINGAPORE (Reuters) – Global index providers MSCI Inc and FTSE Russell said they would cut three Chinese telecom companies from their benchmarks in response to a U.S. investment ban, crushing the share prices and widening the fallout from the U.S. sanctions.

The deletions add to the suite of firms already cut from world indexes because of the U.S. government ban and it likely requires passive investors, such as index tracking funds, to sell the stocks.

Shares in the firms fell heavily, with China Mobile opening at an almost 15-year low, China Telecom hitting a decade low and China Unicom plumbing a 10-month trough. Losses have since pared, but the stocks remain down between 5% and 8% in morning trade.

“If you’re a passive index provider, of course you, need to get out of the way,” said Kay Van Petersen, global macro strategist at Saxo Capital Markets in Singapore.

“And obviously if you’re active and you know the index providers are going to have to get out of the way, you’re not going to just be sitting around while something is getting sold off.”

The index deletions are in response to a November order from President Donald Trump banning Americans from investing in Chinese companies that the U.S. deems to have links with China’s military from November 2021.

FTSE had already removed 11 other companies from its indexes and MSCI had cut nine. The New York Stock Exchange said on Wednesday it would delist U.S.-traded American Depositary Receipts of the three telecoms on Jan. 11.

The latest deletions followed the U.S. Treasury department clarifying that the investment ban extends to subsidiaries with similar names to 35 companies on a Defense Department list of Chinese firms it says have military links.

China has described the U.S. moves as wanton oppression of its companies.