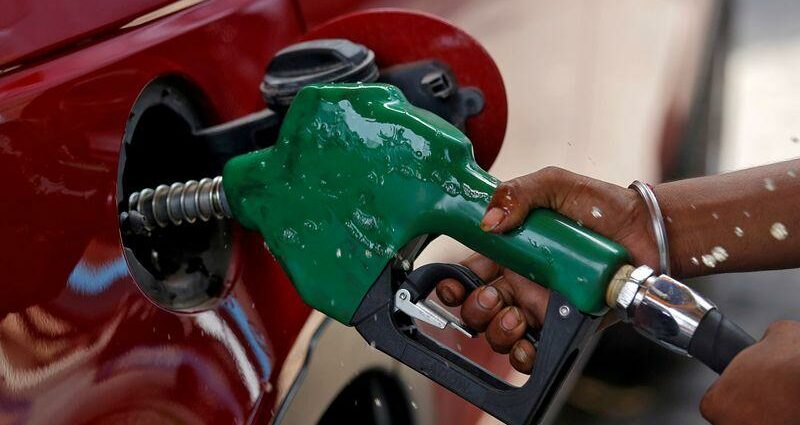 FILE PHOTO: A worker holds a nozzle to pump petrol into a vehicle at a fuel station in Mumbai, India, May 21, 2018. REUTERS/Francis Mascarenhas/File Photo

Refiners in India, the world’s third biggest oil importer and consumer, have been diversifying their crude sources and cutting dependence on annual oil purchase contracts to get access to cheaper crude.

India’s imports from Latin America last month rose by about a fifth from August to around 498,000 barrels per day (bpd), the highest since December, while those from the Middle East declined by 12% to about 2.3 million bpd, the data showed.

Last month, the share of Middle Eastern grades declined to a four-month low of 55.5%, while that of Latin America rose to 12%, the data showed.

This comes as India’s crude imports rose 19% year on year to 4.14 million bpd in September and are set to climb higher as refiners raise runs due to pent up demand during the festive season and amid rising overseas fuel cracks.

At the same time, a narrower price spread between Brent and West Texas Intermediate crude made crude from the Americas cheaper, he said, while these grades also yield more diesel.

India’s gasoil demand is expected to rise, mirroring the economic revival after the lifting of COVID 19-related restrictions.

The share of South American oil had been declining in Indian crude imports after private refiners – Reliance Industries and Nayara Energy – halted imports of Venezuelan oil last year under pressure from U.S. sanctions.

Shipments from the Americas take about 35-50 days to reach India, and refiners mostly buy oil about two months ahead of processing.

Lower purchases of Middle Eastern oil dragged down the share of OPEC’s oil in India’s overall imports to 66.7% from 77.5% a year earlier. For April-September, the first half of this fiscal year, the group’s share declined to its lowest ever recorded.