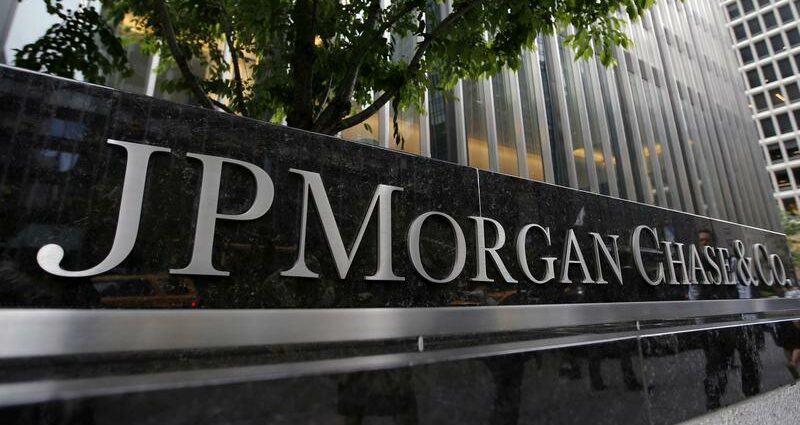 (Reuters) – JPMorgan Chase & Co reported a rise in third-quarter earnings on Wednesday that beat estimates, as the bank’s Wall Street arm capitalized on a global dealmaking boom, while its consumer bank benefited from higher interest income on loans.

FILE PHOTO: A view of the exterior of the JPMorgan Chase & Co corporate headquarters in New York City May 20, 2015. REUTERS/Mike Segar

The bank, whose fortunes reflect the health of the U.S. economy, said robust M&A activity offset a slowdown in trading. Its consumer bank also reported a strong quarter as credit card spending ticked up and customers paid off loans at a slower pace, meaning the bank earned more interest income.

Analysts on average had expected earnings of $3.00 per share, according to Refinitiv.

JPMorgan’s results were also helped partly after it took down further reserves that it had set aside at the height of the pandemic to cover loans that could potentially sour.

Banks were forced to set aside billions last year for possible loan defaults during the pandemic. But a consumer-friendly monetary policy and stimulus checks buoyed spending for the average American consumer and increased their savings, allowing banks to release some of their reserve capital.

Wall Street banking has remained strong for most of the past year, as large, cash-flush financial sponsors and corporates embarked on a dealmaking spree, helping drive up investment banking fees at the largest Wall Street banks to record levels.

Total reported revenue rose 1% to $29.65 billion in the quarter.

However, trading revenues have taken a hit this year, after benefiting from the volatility in financial markets during the peak of the pandemic last year.

Other large U.S. banks including Bank of America, Citigroup, Wells Fargo and Morgan Stanley will report results on Thursday, while Goldman Sachs, Wall Street’s premier investment bank, will round out the earnings season on Friday.