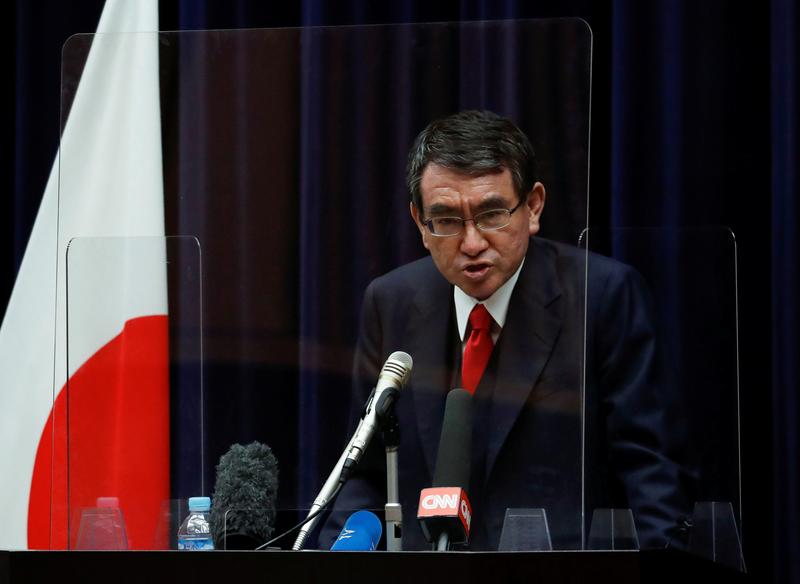 TOKYO (Reuters) – Japan’s vaccine minister, Taro Kono, said on Monday that the pace of inoculation in the country would accelerate in May, with 10 million doses expected to be imported every week that month.

“Starting in May, there will be no bottleneck in supply,” Kono told Reuters in an interview. Officially the minister in charge of administrative reform, Kono was tapped in January to lead Japan’s COVID-19 vaccination push.

Through Friday, just over 780,000 people in Japan, mostly healthcare workers, have received at least one vaccine dose.