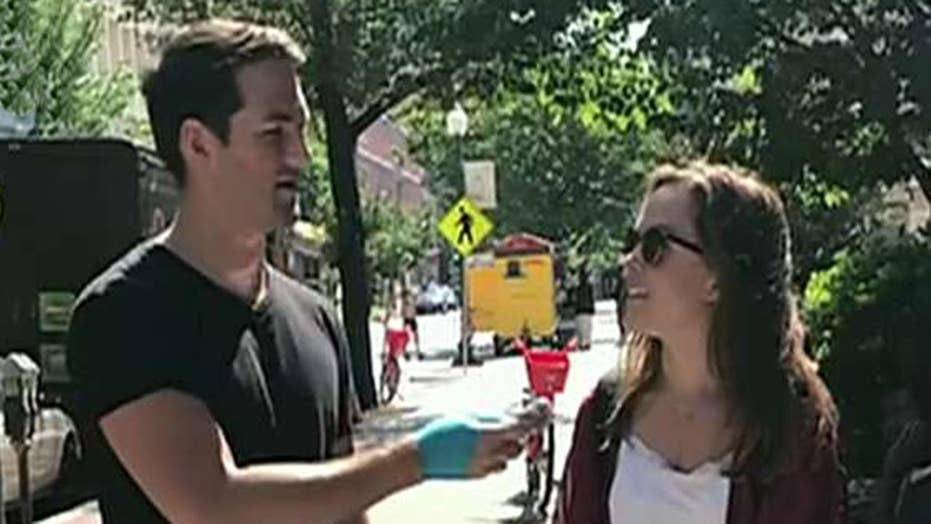 "What does it all mean? It means that as younger Americans feel less and less patriotic they're also turning towards socialism," Hannity said on his television show.

Patriotism being “very important” fell nine percent with American youth according to the survey conducted by Wall Street Journal/NBC News.

"In other words far-left professors they seem to sadly be achieving their goal of indoctrinating our young kids into their socialist radical beliefs," Hannity said.

The Fox News host touted America and argued patriotism should unite the country.

"In many ways patriotism is actually what should unite all of us," Hannity said. "It's why millions of people from all over the world are dying to live here become a part of our American family. We are blessed to live in the United States of America."

Hannity also brought up America's fight for freedom not just within the country but around the world before expressing he was concerned with the results of the poll.

"Ronald Reagan once pointed out many decades ago freedom is never more than a generation away from extinction. That poll tells me we might be in jeopardy," Hannity said.

Lates News:
2019-08-27
Previous Post: Beyond USD: The Next Frontier for Stablecoins
Next Post: ‘I’m just humiliated’: Black homeowner in his underwear handcuffed by North Carolina police after false alarm