AMARAVTHI, India (Reuters) – A loan waiver programme for farmers and privatisation of air and sea ports will be among the post-election priorities if India’s opposition parties pull off an unexpected victory in the national vote, Telugu Desam Party leader N. Chandrababu Naidu told Reuters. 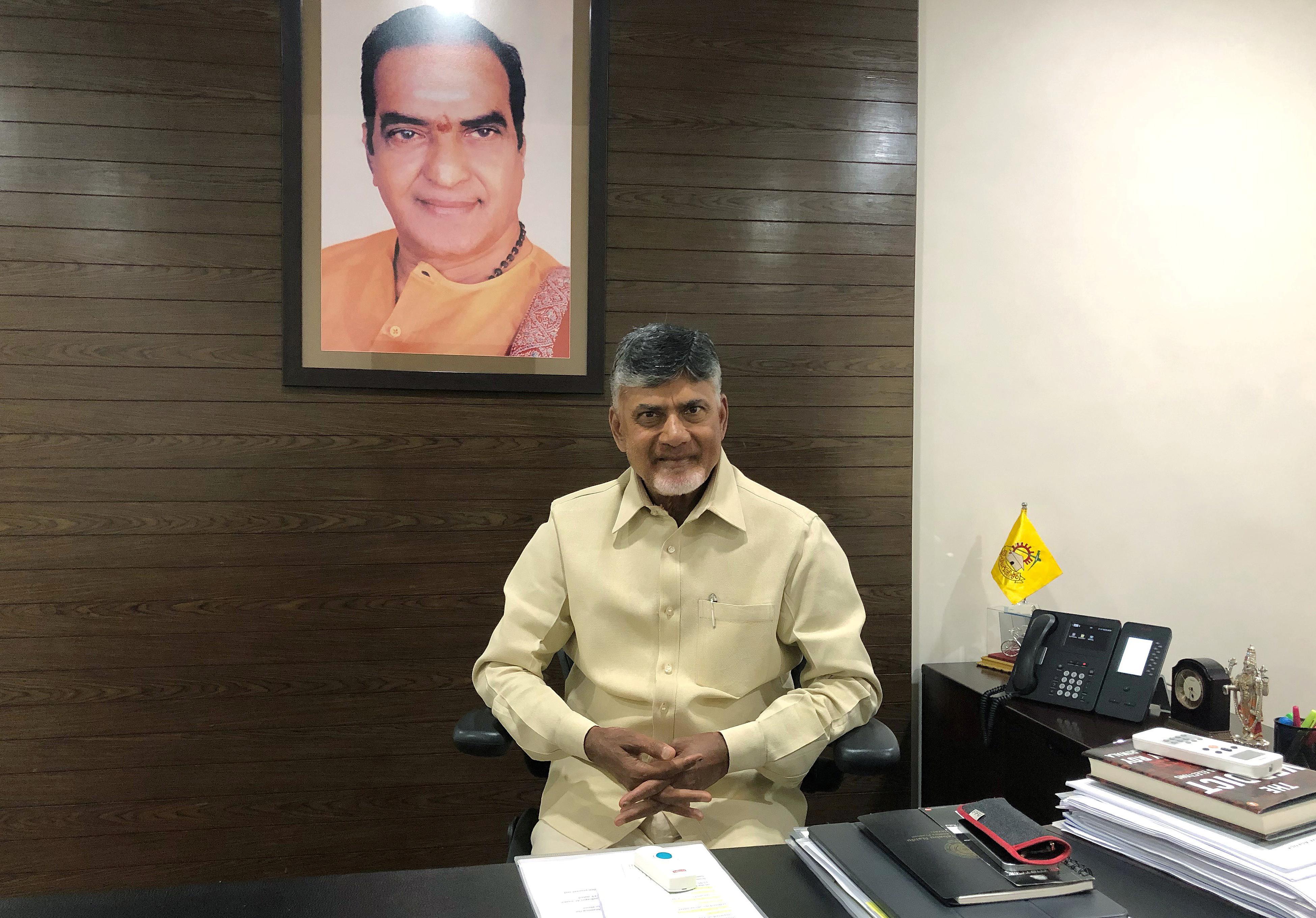 But Naidu, chief minister of the southern state of Andhra Pradesh and head of the regional Telugu Desam Party, is taking a lead in bringing together all opposition parties as they sense an opportunity to oust his former ally.

The world’s largest democracy, with about 900 million eligible voters, concludes polling on Sunday after what election observers say has been an unusually hostile campaign devoid of real policy debate.

“We have to move very fast and I am confident it will happen and we opposition parties will work together,” Naidu told Reuters at his official residence in Amaravthi next to the Krishna river.

“We will win a sufficient number of seats to form the next government. I am 100% confident of that, I have seen the mood of the nation.”

Naidu said that allowing private companies to build and operate ports, while the government plays the role of “catalyst and facilitator”, would not only help to generate revenue for the state but also create jobs.

Modi’s inability to create employment opportunities for millions of youth entering the workforce has been one of the biggest criticisms of his time in office, along with low farm prices.

Naidu said the farm economy and job creation would be the top post-election priorities if the opposition take power. As well as waiving loans taken by farmers, they would also look at raising the so-called minimum support prices that provide a floor for farm produce.

He said he was in regular touch with most of the opposition leaders who failed to join forces under a single platform during an election that began on April 11 but are now trying to cobble together an alliance. He said the main opposition Congress party was the “anchor” of the group and would have a big say in selection of the next prime minister should they win.

He declined to name his preferred choice for prime minister but said that Mayawati, a former chief minister of India’s most populous state of Uttar Pradesh in the north, is among the candidates.

He said that her being from a lower Hindu caste could work in her favour.

“We are all together in good faith and will select amicably who will be the best PM choice,” he said.