NEW YORK (Reuters) – The euro rose to a one-week high against the dollar on Thursday, after European Central Bank President Christine Lagarde said that while the ECB is watching the exchange rate, it is not a monetary policy tool. 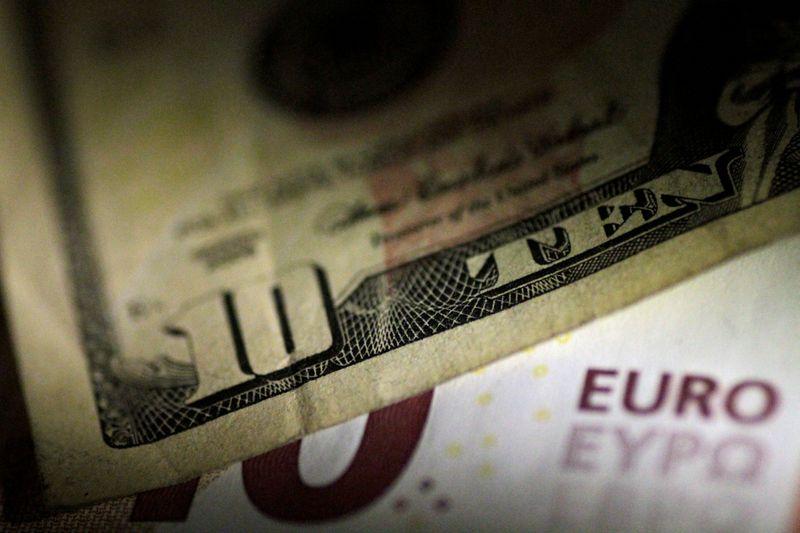 Her comment suggested the ECB was unlikely to undertake measures to weaken the euro despite its recent gains, giving traders motivation to take the single euro zone currency higher.

As expected, the ECB held interest rates steady on Thursday.

But a strong euro tends to hurt an export-dependent economy like the euro zone, raising concerns from some ECB officials such as chief economist Philip Lane, who said the exchange rate mattered to monetary policy.

“We do not target the exchange rate,” Lagarde said during a news conference, adding that the central bank was monitoring it.

Just as Lagarde was starting her press conference, Bloomberg news came out with a report, citing ECB sources, saying there was no need to overreact to the euro’s gains. Traders said the Bloomberg report caused a spike in the euro.

“Markets know there is very little that the ECB can actually do to weaken the currency. Rates are almost as low as they can possibly go and the various asset purchase and lending program are already sizable,” said Seema Shah, chief strategist at Principal Global Investors.

“What’s more, the euro is strengthening for all the right reasons: improving growth, relatively contained COVID infection rates, and positive developments in the fiscal stimulus region,” she added.

The ECB raised its economic outlook for this year, although projections for next year and 2022 remained little changed. The new forecast predicts a contraction of 8.0% in 2020, compared with its previous estimate of an 8.7% fall.

In afternoon trading, the dollar index slipped 0.1% to 93.345, after hitting a four-week high the previous session.

U.S. producer prices were better than expected though, with gains of 0.3% for the headline and 0.4% for the core figure.

The pound also slid to a more than five-month trough versus the euro, which rose to 92.70 pence.