RIYADH (Reuters) – Finance officials from the world’s 20 biggest economies (G20) on Sunday agreed the wording of a final communique that includes a reference to climate change for the first time in U.S. President Donald Trump’s administration, G20 diplomatic sources said. 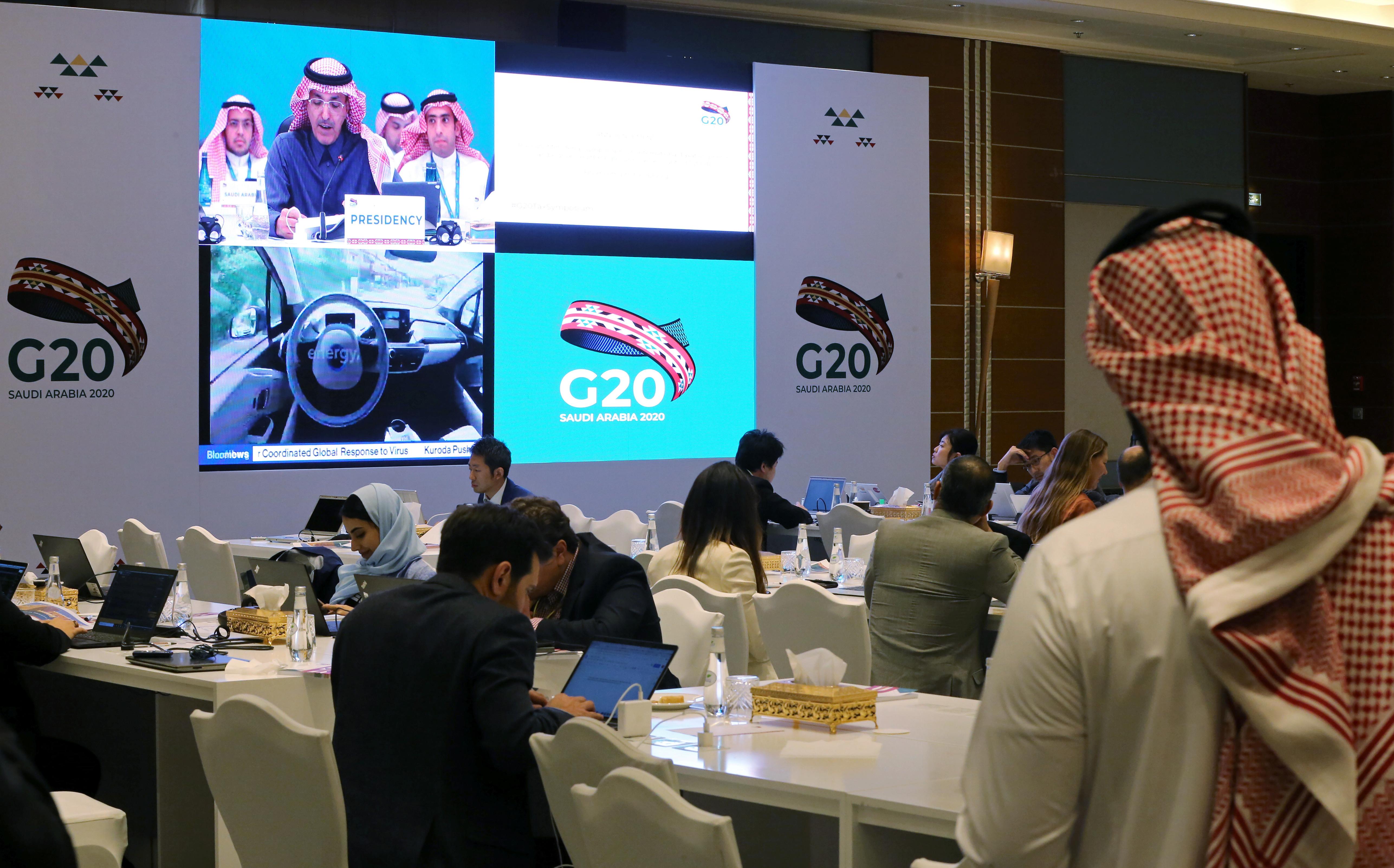 Compromise language hammered out to overcome U.S. objections retained a reference to the Financial Stability Board’s work examining the implications of climate change for financial stability, though it dropped the issue from its list of downside risks to global economic growth.

One of the sources said it was the first time a reference to climate change had been included in a G20 finance communique during Trump’s presidency, even though it was removed from the top of the joint statement.

G20 officials meeting in Riyadh completed work on the communique on Sunday morning, the sources said.

Delegates worked out a compromise after Washington objected to the initial proposed language, which had included “macroeconomic risk related to environmental stability” in a list of downside risks to global growth, two G20 diplomatic sources said.

U.S. officials have resisted naming climate change as an economic risk since Trump was elected in 2016. One of his first acts in office was to announce Washington’s withdrawal from the Paris climate accord.

The final draft of the communique eliminated those words from the first paragraph. Now, the communique mentions climate concerns only in the context of the work being done by the FSB, and that reference comes late in the text.

“Mobilizing sustainable finance and strengthening financial inclusion are important for global growth and stability. The FSB is examining the financial stability implications of climate change,” the communique said.

“We welcome private sector participation and transparency in these areas.”

One of the G20 sources said: “In the end it’s not in the first paragraph but in the ninth, very discreet and indirect, but still the first time the word finds its way into a communique since this U.S. administration.”

G20 finance ministers and central bankers are meeting in the Saudi capital to discuss top global economic challenges, including the spread of coronavirus.

Concerns about the economic impact of climate change have escalated in recent years and pressure is mounting on business to accelerate the shift to a low-carbon economy ahead of United Nations climate talks in November.

A report issued last week forecast the world’s financial services sector risks losses of up to $1 trillion if it fails to respond quickly to climate change and is hit by policy shifts such as the introduction of a carbon tax.

The International Monetary Fund included climate-related disasters in a list of risks that could derail a “highly fragile” projected recovery in the global economy in 2020.

It estimated that a typical climate-related natural disaster reduced growth by an average of 0.4 percentage points in the affected country the year it occurred.

“We should not hide away from what is going on. The climate crisis is upon us,” IMF chief Kristalina Georgieva told a conference in Riyadh on Friday on the eve of the G20 talks.

The communique forecasts a modest pick-up in global growth this year and next, but cites downside risks to this outlook stemming from geopolitical and remaining trade tensions and policy uncertainty.