Britain's BT still in the game with Discovery sport tie-up 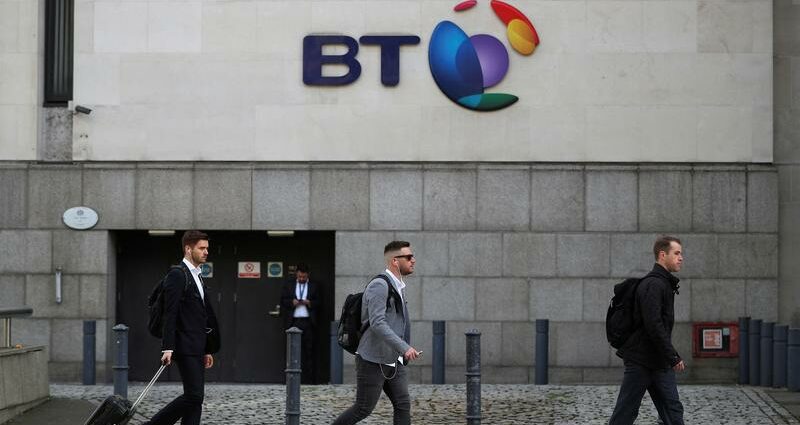 LONDON (Reuters) -Britain’s BT said it would merge its sports TV division with Discovery’s Eurosport, enabling it to retain Premier League soccer and other sports for customers while sharing the burden of expensive broadcast rights.

Some investors, however, have fretted about funding volatile sports rights, particularly when BT is spending billions on rolling out fibre broadband and Amazon, DAZN and others have joined the fray.

The company said last year it was considering options for the unit, including an outright sale.

BT Chief Executive Philip Jansen said the company saw all upside and no downside in the Discovery tie-up, and was very happy with the terms it had agreed on content.

It was committed to retaining its existing major sports rights, he said, including its crown jewel: Premier League soccer showing matches between Manchester City, Liverpool, Chelsea and Manchester United.

Sources last month had told Reuters that DAZN was near to buying BT Sport.

Jansen said there were two very good options on the table, but in the final analysis Discovery won out.

“From a corporate financial point of view, the profile much improves, because obviously there will be synergies, both in cost and revenue,” he told reporters.

“And it keeps us very much in the competitive framework for what is a very interesting, exciting content market.”

DAZN Chairman Kevin Mayer said the deal had “become uneconomical”, but he remained committed to growing his business in Britain.

A source said the price jumped after Discovery made a last-minute bid.

Cut-throat competition between BT and Sky for the best soccer rights eased in 2017 when they agreed to carry each others channels.

BT said on Thursday it had reached agreement with Sky, which is now owned by Comcast, for a new reciprocal deal stretching beyond 2030.

Shares in BT were trading down 5% at 185 pence in early deals as it lowered its outlook for full-year revenue from broadly flat to down 2% due to the impact of COVID.

Revenue also fell 2% in the nine months to end-December to 15.68 billion pounds, with declines in global and enterprise partly offset by growth in the Openreach network.

Jansen said, however, that cost savings meant it was keeping its adjusted earnings target of 7.5 billion to 7.7 billion pounds this financial year and more than 7.9 billion pounds next year unchanged.