Brit Hume calls Joe Biden ‘nicest guy in the room,’ but says his condition is ‘worrisome’ 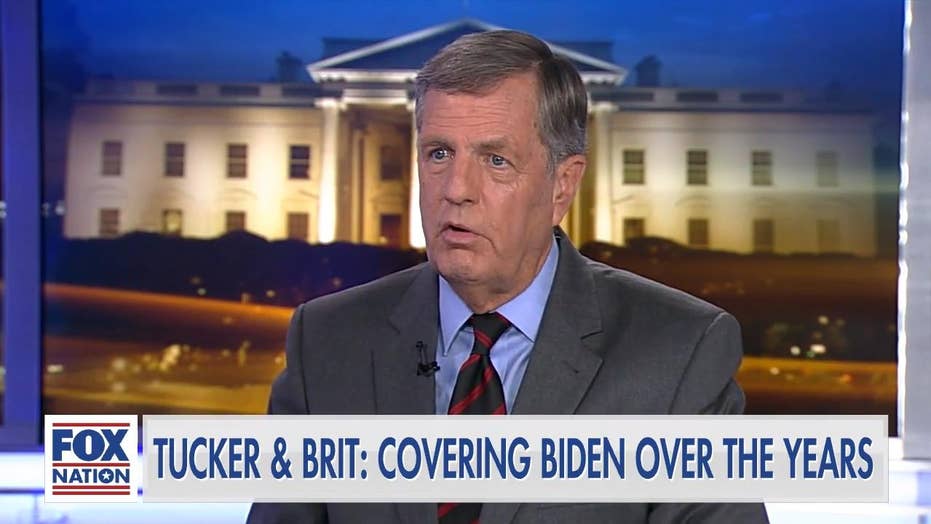 Brit Hume calls Joe Biden ‘nicest guy in the room,’ but says his condition is ‘worrisome’

Fox News political analyst Brit Hume opened up on Fox Nation's "Tucker & Brit" about his past experience with 2020 Democratic candidate Joe Biden, and called Biden's current condition 'worrisome' following a recent string of gaffes made by the former vice president that leaves many questioning his fitness for office.

Joe Biden is really a nice guy," Hume explained, "…and I'm in very good company when I tell you, I don't think he's the smartest guy I ever met, but he is one of the nicest people I've ever known. He's naturally and automatically friendly," said Hume. "But, "Hume continued, "I do think his age and his condition is worrisome."

The former vice president’s age and mental acuity have been questioned ever since he launched his 2020 presidential campaign in late April. Last week, Biden, 76, faced repeated attacks from rivals over his memory, questioning whether he is too old to hold office.

Earlier this week, President Trump’s reelection campaign took a big swipe at Biden's fitness for office, spotlighting clips of his recent gaffes and other verbal fumbles along with clips of pundits questioning his readiness.

Another rival, Sen. Cory Booker of New Jersey, backed Castro after the debate and raised further questions about Biden’s ability to carry the banner for the Democrats into 2020.

"I think we are at a tough point right now because there’s a lot of people concerned about Joe Biden’s ability to carry the ball all the way across the end line without fumbling," Booker told CNN in an interview.

Conservative commentator Ben Shapiro said Wednesday on "Fox & Friends" that Biden's blunders on the campaign trail may not actually hurt him in the long run, and his overall demeanor could help him in a matchup with President Trump.

"I take the perspective that in the general election it might not be bad for him to look senile and old and ineffectual, because honestly — at least he doesn't look dangerous," said Shapiro.

Shapiro also added: "If you're trying to run somebody against President Trump and you don't want to scare the American population, Joe Biden is the face of not scary,"

Biden’s been largely brushing off criticism that he’s too old for the Oval Office. Last Friday he told reporters he’ll prove his fitness through the grinding process that is the presidential campaign trail. And he pledged to release his medical records “when I get my next physical” before the voting begins next February in the Iowa caucuses.

Despite his age and questionable memory, which Hume describes as a "something that happens with age," Biden is not easily giving up. Hume cited Biden's response to countless tragedies throughout his life, such as the tragic loss of his wife and two children, as evidence.

"I think he's always wanted to be president, he's tried repeatedly to be president, and there's a certain kind of courage and gumption in the man that is admirable…he has had terrible personal tragedy in his life — but he's got determination and he's forging ahead," said Hume.

Fox Nation programs are viewable on-demand and from your mobile device app, but only available only for Fox Nation subscribers. Go to Fox Nation to start a free trial and watch the extensive library from Tomi Lahren, Pete Hegseth, Abby Hornacek, Laura Ingraham, Greg Gutfeld, Judge Andrew Napolitano and many more of your favorite Fox News personalities.