ZURICH (Reuters Breakingviews) – Calamity creates opportunity. That has always been true when it comes to corporate consolidation. Recall how a series of mega-mergers and acquisitions transformed the banking industry after the 2008 financial panic. Wells Fargo snagged Wachovia. Bank of America scooped up Merrill Lynch. Lloyds TSB bought HBOS. BNP Paribas grabbed Fortis. JPMorgan got Washington Mutual and Bear Stearns. And so on. Before the coronavirus has taken its full physical and economic toll, expect more of the same. 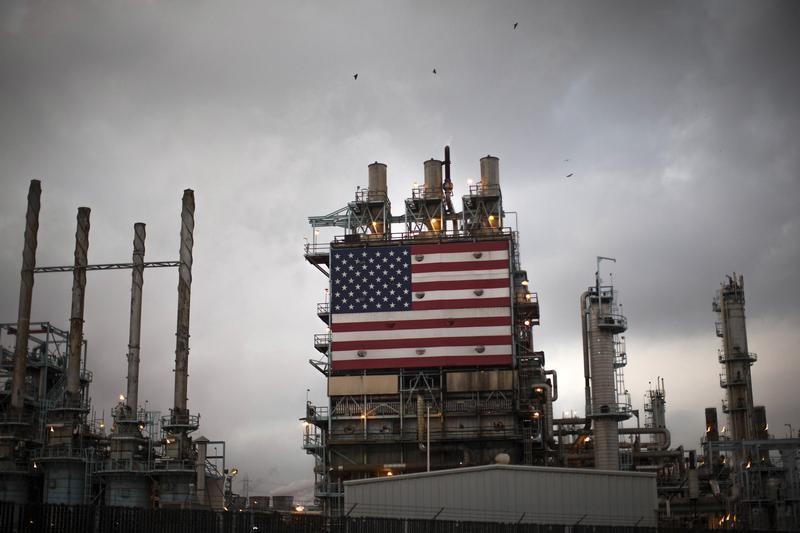 Strong banks ate the weak, and they were chivvied along by federal and state governments and regulators worried about the sustainability of their financial systems. Governments will play a central role now, too. Even before the Great Lockdown, leaders were calling for relaxation of antitrust restrictions as a response to the emergence of stronger Chinese competitors. France and Germany railed against the European Commission blocking the merger between the rail businesses of Siemens and Alstom, complaining it would give Chinese giant CRRC free reign. President Donald Trump has tried to encourage telecom mergers to combat Huawei. These concerns have only become more pronounced as China appears to have rebounded from the virus more rapidly than the rest of the world.

The political logic of protecting domestic companies through strategic alliances will apply after the pandemic and across a broad range of industries. Governments will come away from Covid-19 with new priorities, ranging from safer, more domestic, manufacturing and supply chains to less risky balance sheets. If history rhymes, then pre-virus views about competition may take a back seat. As Edward Chancellor argued, this will lead to an unhealthy concentration of power.

For the M&A business it opens all sorts of possibilities once considered taboo. Take the oil patch. Sliding demand has combined with efforts by the world’s largest producer, Saudi Arabia, to flood the market and nudge U.S. drillers toward bankruptcy. As the price of a barrel of West Texas Intermediate crude has fallen below $20 a barrel from $60 at the start of the year, producers have been lobbying Trump for a rescue.

It’s not inconceivable to imagine the largest American producers banding together to squeeze out costs and take a better grip of U.S. oil supply, maybe even aided by government loans and a streamlined regulatory process, effectively creating a potential rival to Saudi Aramco. Merging Exxon Mobil with Chevron would forge a company worth some $350 billion with 35 billion barrels of proved reserves. Heck, they might even fold in BP’s 20 billion of reserves and $75 billion market cap and “ExChevBrit”. It would be a shrimp compared to Aramco’s $1.6 trillion value and 270 billion barrels of proved barrels of oil – and that’s how they would justify a deal.

Cars are further down the hydrocarbon food chain. The planned merger of Fiat Chrysler Automobiles, and Peugeot looks prescient as sales have plummeted. The French state has to be considering a way to smush Renault together with FCA-Peugeot in a couple of years – if Nissan Motor and Mitsubishi don’t do it first. Even Germany’s big three automakers are sucking wind. BMW and Daimler have a combined market cap of 65 billion euros – half of Tesla’s. Founder Elon Musk must be exploring options to expand Tesla’s manufacturing base.

Meantime, with Chinese rivals Geely Automobile and BAIC Motor buying Daimler shares and competing for influence over the Mercedes maker, a sale to a non-Chinese buyer of Daimler, which purchased America’s Chrysler two decades ago, can’t be ruled out. Those fears could even push Daimler into the arms of its Bavarian rival BMW, as Breakingviews argued in its 2020 Predictions book. Similar combos such as Ford Motor-General Motors, can’t be entirely off the table if that were to happen.

The respiratory plague’s acceleration of China fears may also drive deals in defence. Vector in the financial troubles at Boeing and General Electric and it’s possible to see the two combining to create an integrated aircraft-and-jet engines monster, perhaps with government backing on national security grounds. That would make Siemens-Alstom look like an amuse-bouche.

Dread of China dominating the 5G telecommunications race was already sparking speculation of a Cisco Systems bid for $20 billion Nokia. In a market redefined by the global threat posed by China’s Huawei, rather than old-style concerns about local competition, Cisco-Nokia could fold in $26 billion Ericsson, too. Even tacking on International Business Machines would still only create a company worth a quarter of Microsoft’s $1.32 trillion market capitalisation. Then there’s 6G, where Intel, Qualcomm and Micron Technology will almost certainly face pressure to manufacture their chips onshore. Three-way anyone?

Banks started out in better shape this time around, but as economies suffer, so will their balance sheets. European banks already weathering negative interest rates will find the post-pandemic environment a challenge. Cross-border mergers – such as UBS buying Deutsche Bank – may still be hard to pull off, but more domestic combinations may not be. After two previous attempts perhaps BNP and Société Générale will create a “champion national” in French banking. Banco Santander and Barclays might find enough overlap in the UK and elsewhere to pull off something similar.

From chicken stocks to pharmaceutical supplies, companies and countries will want to ensure their product-sourcing is secure by making supply chains more resilient and less internationally dependent. Britain’s resistance to concentration in the retail space may get a rethink as retailers like Marks and Spencer struggle, grocers including J Sainsbury prove their worth, and Ocado, the delivery service, crushes small shops. In April, UK antitrust watchdogs broke down and approved a big investment in food-delivery startup Deliveroo led by Amazon.

Delivery has become a piece of critical American infrastructure during lockdown. Services like Grubhub, Uber Eats and DoorDash are unlikely to remain independent. Even Amazon needs more delivery help, particularly for the last mile. While it can just hire more people, an Amazon purchase of Uber Technologies might please politicians worried about delivery bottlenecks when the second wave of the virus returns later in the year.

Similarly, shelter-at-home life may usher in new possible combinations in the entertainment and telecommunications sphere. Comcast, whose cable business is being undermined by streaming rivals like Netflix, has long coveted Walt Disney, whose own streaming business is getting off the ground. A merger of Dish Network and AT&T’s DirecTV would create the country’s only major satellite television provider. But as consumers increasingly use their mobile phones to consumer media, would regulators blink?

Finally, the need to create more diversified companies with robust balance sheets could revive the fortunes of the conglomerate, which had been wilting under the lash of shareholder activists and investors preferring to invest in focused businesses. Not only would that blunt criticism for sprawling enterprises such as 3M and Emerson Electric to break up, it might even prod others, say Caterpillar and Deere, to run the numbers on huddling together.