Bitcoin sinks below $50,000 as cryptos stumble over Biden tax plans 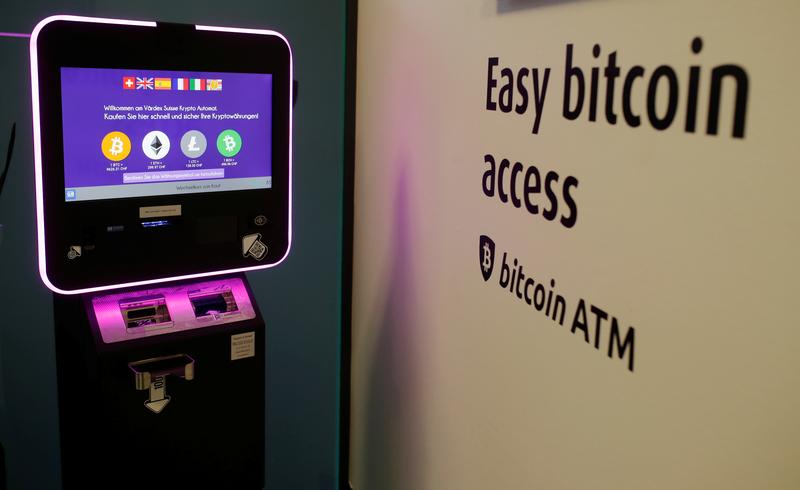 FILE PHOTO: The exchange rates and logos of Bitcoin (BTH), Ether (ETH), Litecoin (LTC) and Bitcoin Cash (BCH) are seen on the display of a cryptocurrency ATM of blockchain payment service provider Vaerdex at the headquarters of Swiss Falcon Private Bank in Zurich, Switzerland May 29, 2019. REUTERS/Arnd Wiegmann

The selloff came after reports that the Biden administration was planning a raft of proposed changes to the U.S. tax code, including a plan to nearly double taxes on capital gains to 39.6% for people earning more than $1 million.

Bitcoin, the biggest and most popular cryptocurrency, slumped 7% to $48,176, falling below the $50,000 mark for the first time since early-March, while smaller rivals Ether and XRP fell around 10%.

The tax plans jolted markets, prompting investors to book profits in stocks and other risk assets, which have rallied massively on hopes of a solid economic recovery. Levies on investment gains were said to be in line for record increases.

But while social media lit up with posts about the plan hurting cryptocurrencies, and individual investors complaining about losses, traders and analysts said declines are likely to be temporary amid growing retail and institutional investor acceptance of digital currencies as a legitimate asset class.

“That’s what everyone is talking about now,” Chris Weston, head of research at Pepperstone Markets Ltd, a foreign exchange broker based in Melbourne, said referring to the tax plan.

“And I think you may have some technical selling going through. Ether’s been the poster child of movement. It has massively outperformed Bitcoin.”

Shares of cryptocurrency exchange Coinbase also fell 5% to $278 in U.S. pre-market trading, marking the lowest level since its listing earlier this month. The listing had driven bitcoin prices to $65,000, before pulling back 25% in the following days.

“The Coinbase listing – the ultimate poacher-turned-gamekeeper moment – might have been the high watermark for Bitcoin,” said Neil Wilson, chief market analyst at Markets.com.