Trump: We’ve been very badly let down by China

Investors are in the dark so far about former Vice President Joe Biden’s plans for regulating Chinese companies listed on U.S. stock exchanges, which have come under heightened scrutiny as America's relationship with Beijing frays.

President Trump has repeatedly faulted China's government for failing to contain COVID-19, the disease identified in the city of Wuhan late last year that mushroomed into a worldwide pandemic, hammering global commerce and driving the U.S. economy into the worst downturn of the post-World War II era.

“I think this administration will continue to push that issue,” Dan David, founder of Wolfpack Research, a short-biased activist research firm, told FOX Business. “It concerns me that Vice President Biden hasn't brought it up at all.”

The Biden campaign didn't answer questions from FOX Business about how he might handle regulation of the stocks. Officials said he would evaluate other issues with China once in office and highlighted previous statements in which he has called for leveraging global alliances to press for reforms.

There were 156 Chinese companies listed on U.S. exchanges worth $1.2 trillion as of Feb. 25, 2019, according to the U.S.-China Economic and Security Review Commission.

Four Chinese firms have debuted on the New York Stock Exchange since Jan. 1, while 21 have begun trading on the Nasdaq. The year has also brought high-profile regulatory issues, however.

iQiyi Inc., a Bejing-based Netflix-like streaming service, announced Thursday evening that it was complying with a U.S. Securities and Exchange Commission investigation following allegations made by Wolfpack's David that the company inflated its revenue by as much as 44%. 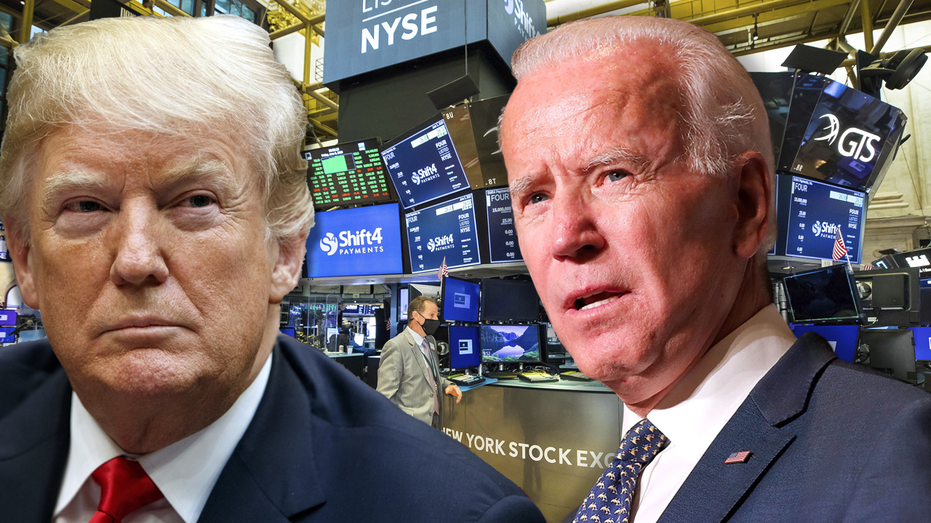 That comes less than three months after Luckin Coffee, a Xiamen-based Starbucks competitor, was delisted from the Nasdaq after an internal investigation found the company’s former chief operating officer fabricated sales.

Trump himself told FOX Business’ Maria Bartiromo in May that his administration was looking “very strongly” into ways to force Chinese companies to adhere to U.S. accounting standards.

Less than a week later, the Senate passed a bill introduced by Sens. John Kennedy, R-La., and Chris Van Hollen, D-Md., that would give Chinese companies traded on U.S. exchanges only three chances to comply with audit requests from the Public Company Accounting Oversight Board before non-compliance would result in their shares being delisted. The House has not yet voted on the measure.

While Congress has rare bipartisan unity on the matter, delisting Chinese firms from U.S. exchanges means more of them would probably take flight to Hong Kong.

Alibaba Group Holding Ltd., JD.com Inc. and NetEase Inc. are among the companies that have also listed their shares in Hong Kong in preparation for a harsher stance from U.S. lawmakers.

Under that system, investors lack the legal recourse available in the U.S., where top executives are subject to civil and criminal penalties for malfeasance — a structure that gives stockholders greater confidence that their money is safe.

“If Tim Cook is not criminally liable for theft or for fraud in Apple, what's Apple worth?” David asked. “That's the way you have to look at every one of these China-based companies. Nobody is criminally liable because it's not illegal in China to steal from a U.S. citizen.”