Shares were mixed in Asia on Tuesday, as investors were encouraged by strong growth in China's trade in September.

An overnight rally on Wall Street, driven mainly by technology companies such as Apple and Amazon, faded amid worries over U.S. economic stimulus and a resurgence of coronavirus caseloads in many countries.

But the release of stronger trade data in Beijing helped Tokyo recover from early losses. Shanghai declined. Hong Kong's market was closed for a typhoon.

Chinese exporters have benefited from China’s relatively early reopening from pandemic shutdowns and from strong global demand for masks and medical supplies. They have been taking market share from foreign competitors that are hampered by anti-disease controls.

“Exports continued to do well, most likely thanks to the recent strength of retail sales among China’s major trading partners. And a jump in imports suggests that domestic investment spending remains robust," Julian Evans-Pritchard of Capital Economics said in a report. 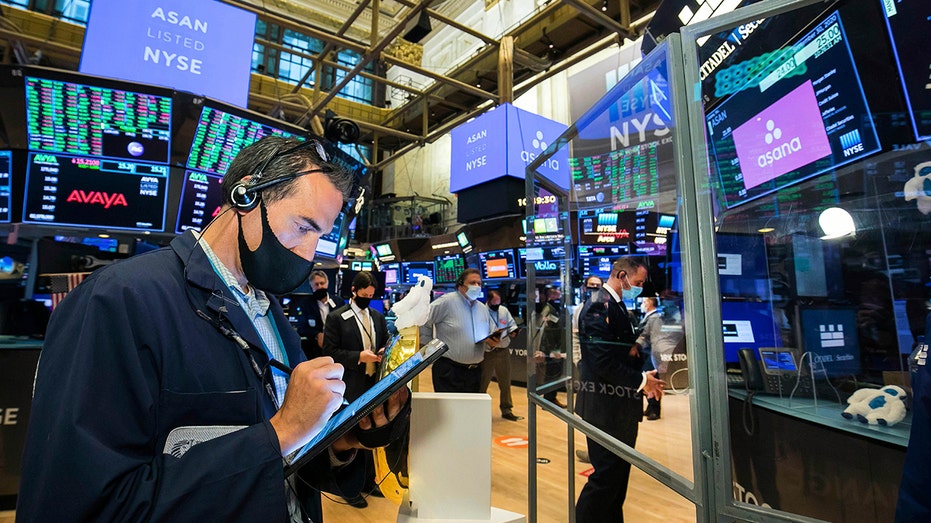 Shares were mixed in Asia on Tuesday, as investors were encouraged by strong growth in China’s trade in September. Meanwhile, an overnight rally on Wall Street, driven mainly by technology companies such as Apple and Amazon, faded amid worries over U

Traders were keeping an eye on the Chinese currency after the central bank scrapped a requirement for currency traders to post cash deposits, opening the way for more negative speculation on the country’s yuan, which might help to restrain its rise in value.

The change took effect Monday and eliminates a requirement imposed in 2018 for a 20% deposit on yuan trades to discourage speculators.

DOLLAR LOWER AS INVESTORS NOW BELIEVE US ECONOMIC STIMULUS WILL BE REACHED AFTER NOV. 3 ELECTION

The recovery of the world's second biggest economy has been a rare bright spot as investors wait to see if the U.S. Congress will manage to provide further economic aid for Americans and businesses struggling due to the coronavirus pandemic. With caseloads in the U.S., Europe and many other countries gaining pace, risks of further disruptions to trade, business and other daily activities are rising in some regions.

Australia's S&P/ASX 200 climbed 1% to 6,195.70, led by gains in banks' shares. Strong Chinese demand is good news for Australian exporters, though unconfirmed reports that Beijing is slowing or halting imports of Australian coal have raised concerns over the economic impact of political friction between the two countries.

Wall Street extended its gains Monday from last week's rally, the market's best in three months, as investors appeared to largely shrug off the latest signs that Democrats and Republicans remain far apart on the issue of more aid for the economy.

Investors may be betting that Congress will deliver a more generous aid bill after the Nov. 3 election.

Analysts are forecasting the upcoming earnings reporting season will show another quarter of weaker profits. S&P 500 earnings are expected to be down 20.5% from a year earlier, according to FactSet, better than the 31.6% drop in the spring quarter.

In energy dealings, U.S. benchmark crude gained 37 cents to $39.80 per barrel in electronic trading on the New York Mercantile Exchange. It lost $1.17 to $39.43 per barrel on Monday.