ANZ senior executive Richard Moscati is one of six high-profile bankers to be formally charged with a combined 29 criminal offences over allegedly forming a cartel to manipulate the big four bank’s share price in 2015.

Citigroup Global Markets Australia and Deutsche Bank AG are also facing a combined 12 criminal charges for contravening anti-cartel laws. ANZ faces three charges of being knowingly concerned in and aiding and abetting contraventions of these laws. 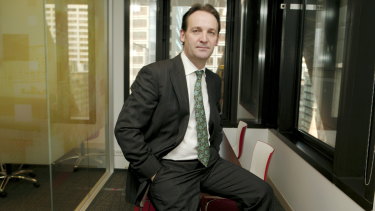 The charges were laid out in an indictment filed by the Commonwealth Director of Public Prosecutions in the Federal Court on February 3, obtained by The Age and The Sydney Morning Herald.

The criminal case arose out of an Australian Consumer and Competition Commission investigation that alleged these bankers and JPMorgan hatched a plan to offload ANZ shares following a botched 2015 capital raise in a manner that would keep the bank’s stock value above a certain price.

The banks and bankers are defending the charges and have denied the allegations.

Justice Michael Wigney said in December it was “intolerable” for serious criminal charges to be “hanging over the heads” of the individual bankers for more than two years and called on the CDPP to file an indictment early this year.

Now the indictment has been filed, a criminal trial may proceed to a Federal Court hearing at a date that has yet to be set. Each charge carries a maximum jail term of 10 years, fines of up to $420,000 or both if they are found guilty.

If the banks are found guilty, the maximum penalty is the greater of three amounts – $10 million, three times the value of benefits obtained from the offence, or 10 per cent of the corporation’s annual turnover during the 12-month period in which the offence occurred.

Mr Moscati, who remains a senior executive at ANZ’s commercial bank, was charged with three cartel offences in the 17-page indictment.

The court documents allege in the 7½ weeks following the 2015 capital raise, Mr Moscati “aided, abetted, counselled or procured” JPMorgan to create an arrangement with the other banks over ANZ shares “knowing or believing that the arrangement” broke the law.

Mr Tuchman moved to London around 2017 to take up the role of global head of foreign exchange at Citi, where he remains today. Mr McLean remains in his role as Citi managing director in Sydney and Mr Roberts is Citi’s credit operations analyst.

The Deutsche Bank employees, Michael Ormaechea and Michael Richardson, no longer work at the multinational investment bank and each face six charges of cartel offences.

Both are being represented by corporate law firm Arnold Bloch Leibler. Deutsche Bank will be represented by King & Wood Mallesons, ANZ by Allens and Citi by Herbert Smith Freehills.

The CDPP alleges the actions taken by the individual bankers had the purpose of “restricting or limiting the supply or likely supply” of ANZ shares, according to the documents.

JPMorgan is not named in the indictment after some staff, including former head of equity Richard Galvin, were granted immunity in exchange for providing the ACCC with testimony about what had allegedly occurred.

From ACCC to CDPP

In 2018, the ACCC launched a bombshell lawsuit alleging a cartel was formed after ANZ’s botched $2.5 billion capital raise left the bankers with a shortfall of $791 million.

As the three international investment banks – Citi, Deutsche and JPMorgan – had underwritten the placement, they were forced to take up more than 25 million of ANZ’s unsold shares and sell them at a later date.

The ACCC alleges the bankers agreed over telephone calls following the raising over how these excess shares would be offloaded in the market to keep a floor under ANZ’s share price. Then-treasurer Scott Morrison described the matters as “very serious” in 2018.

The ACCC can investigate cartel conduct, manage the immunity process, launch civil proceedings and can also refer serious cartel conduct to the CDPP for criminal prosecution.

The criminal prosecution of individual bankers will serve as a warning to Australia’s financial industry and move the ledger for what constitutes responsible behaviour around capital raisings.

The ACCC case is ongoing.