Will travelers be hesitant to fly on the Boeing 737 MAX?

A number of U.S. airlines, including American, United, and Alaska, announced Friday they are temporarily removing some Boeing Max jets from service due to an electrical issue.

Boeing on Friday issued a recommendation for 16 of its customers to "address" the electrical issue with a specific group of 737 Max airplanes.

"We are working closely with the U.S. Federal Aviation Administration on this production issue," Boeing said in its Friday notice. "We are also informing our customers of specific tail numbers affected and we will provide direction on appropriate corrective actions."

United is pulling 16 of its 30 Max planes and is in communication with Boeing to determine when the airline can return aircraft to its fleet.

"Starting immediately and out of an abundance of caution, we are voluntarily and temporarily removing 16 Boeing 737 MAX aircraft from our schedule," a United spokesperson told FOX Business. "We have been in touch with the FAA and Boeing and will continue to work closely with them to determine any additional steps that are needed to ensure these aircraft meet our rigorous safety standards and can return to service. We are working to swap out aircraft to minimize the impact to our customers." 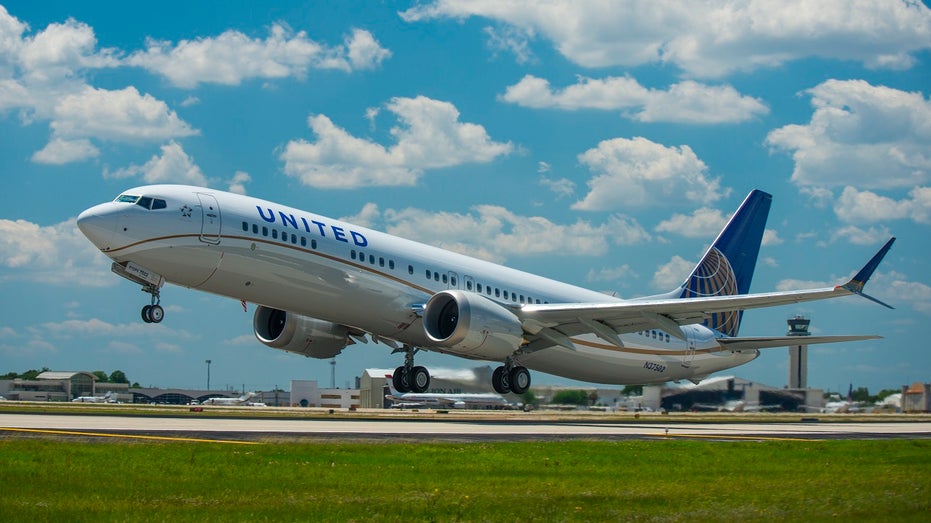 Alaska will temporarily pull all four of the 737-9 Max planes in its fleet.

"Alaska is following the recommendation of Boeing to address a potential electrical issue on 737 MAX aircraft. All four of Alaska’s 737-9 MAX planes have been temporarily taken out of service to allow for inspections and for work to be done," a spokesperson for the airline said.

American will remove 17 of its most recently delivered Max planes out of the 41 in its fleet.

"Last night, Boeing notified us of a potential production issue with a component in the electrical power system on 17 of our most recently delivered Boeing 737 MAX aircraft. At Boeing’s direction, we have temporarily removed these 17 aircraft from service in order to complete necessary inspections and make any changes recommended or required by Boeing or the Federal Aviation Administration (FAA)," an American spokesperson said.

American has an additional 24 Max aircraft "that are not affected by this issue as they were produced and delivered prior to the ungrounding," the spokesperson said.

Southwest, the U.S. airline with the largest fleet of Max jets, will pull 30 of its 58 Max aircraft.

"Southwest received notification from Boeing about a potential electrical grounding path issue associated with a subset of Boeing 737 MAX aircraft," a spokesperson said. "While Southwest has not experienced any known operational challenges related to the issue, 30 of the airline’s 58 737 MAX 8 aircraft are included in the notification. Southwest elected to remove the 30 MAX 8s from our schedule for further review."

The spokesperson added that it is too soon for the airline "to estimate timing for these aircraft to return to service, we are awaiting further guidance and the corrective fix from Boeing."

Southwest "only has up to 15 737 MAX 8 aircraft scheduled to fly each day" and "operates a fleet of more than 700 aircraft," the spokesperson said.

The Max was grounded worldwide in March 2019 after two crashes killed 346 people. Regulators in the U.S., Europe, Canada, Brazil and other countries cleared the plane to resume flying after Boeing changed an automated flight-control system that played a role in the crashes.

The Federal Aviation Administration rescinded its grounding order for the 737 Max jet in November. American in December 2020 became the first U.S. airline to carry passengers on a Max aircraft since the grounding. Most airlines resumed flights with the jet last month.