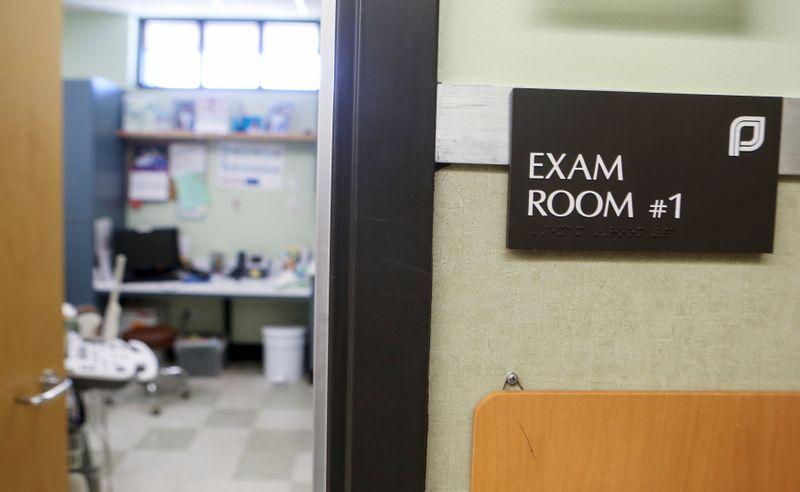 (Reuters) – Several abortion rights groups filed a federal lawsuit in Texas on Tuesday seeking to block a new state law banning abortion after six weeks and enabling individuals to sue anyone who assists a woman in getting an abortion past that point.

The lawsuit contends the Texas law violates a woman’s constitutional right to get an abortion before the fetus is viable and would cause “profound harm” to providers. It was filed by the Center for Reproductive Rights, the American Civil Liberties Union, women’s health provider Planned Parenthood and other abortion providers and funds.

The law, signed on May 19 and due to take effect on Sept. 1, is one of nearly a dozen “heartbeat” abortion bans passed in Republican-led states. These laws seek to ban abortion once the rhythmic contracting of fetal cardiac tissue can be detected, often at six weeks – sometimes before a woman realizes she is pregnant.

Legal challenges have prevented these bans from taking effect. Judges have ruled that they violate Roe v. Wade, the U.S. Supreme Court’s 1973 landmark ruling that guaranteed a woman’s right to end her pregnancy before the fetus is viable, at around 24 weeks. Lawmakers who have voted for “heartbeat” measures have said they are intended to prompt the Supreme Court to overturn Roe v. Wade.

The high court has opened the door to possibly overturning or narrowing Roe v. Wade, agreeing in May to review Mississippi’s bid to ban abortions after 15 weeks in its next session.

Unlike other state bans, the Texas measure leaves its enforcement largely to citizens, who can sue anyone who “knowingly engages in conduct that aids or abets” an abortion that violates provisions of the law, “including paying for or reimbursing the costs of an abortion through insurance or otherwise.”

Citizens who win such lawsuits would be entitled to at least $10,000, the law states.

The federal lawsuit filed Tuesday argues that abortion providers and staff could be forced to defend hundreds of “vigilante enforcement lawsuits” under the law and would consequently “accrue catastrophic financial liability” and “suffer profound harm to their property, business, reputations and a deprivation of their own constitutional rights.”

“If this oppressive law takes effect, it will decimate abortion access in Texas-and that’s exactly what it is designed to do,” Nancy Northup, president of the Center for Reproductive Rights, said in a statement.

The lawsuit targets state court judges, county clerks, the attorney general and state medical officials and asks that the federal court prevent those entities from enforcing the law or accepting citizen lawsuits.

“We’re confident in the innovative and carefully drafted nature of the Texas heartbeat act that it will be upheld and go into effect in September,” Texas Right to Life’s senior legislative associate Rebecca Parma said. The anti-abortion advocacy group’s East Chapter director is named as a defendant in the suit.

Governor Greg Abbott signed the bill and celebrated its passage in a video posted on Facebook.

“Our creator endowed us with the right to life, and yet millions of children lose their right to life every year because of abortion. In Texas we work to save those lives.” Abbott said.