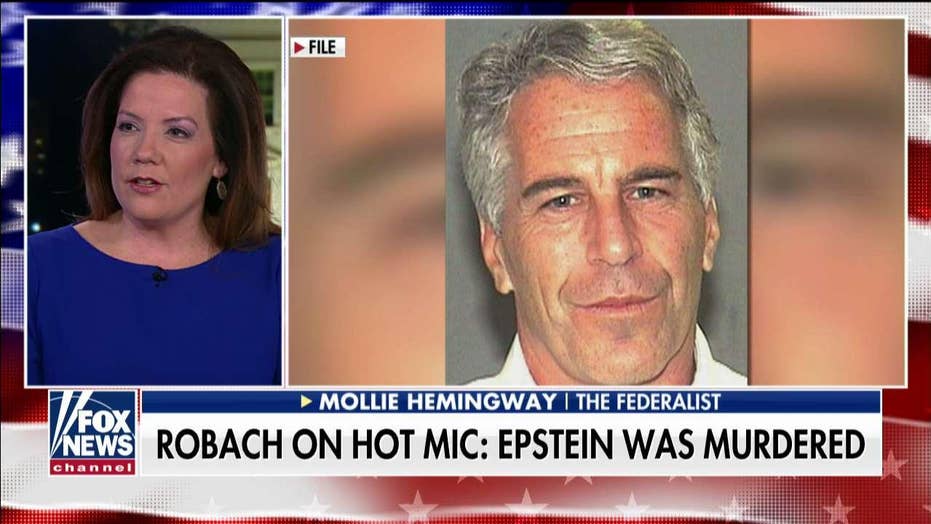 ABC News anchor Amy Robach was caught on a hot mic claiming network honchos killed a story that would have exposed claims that now-deceased sex offender Jeffrey Epstein forced an alleged victim to have sex with Prince Andrew.

While many observers feel Epstein’s ties to the Clintons likely resulted in ABC News refusing to air Robach’s reporting, one network insider thinks it’s more probable the Disney-owned news organization was simply protecting their chance at access with Buckingham Palace and the Duke of York.

“ABC News has been fawning grotesquely over the royal family for years, desperate for an interview with Kate [Middleton] they will never, ever get. All journalism is greatly subordinate,” the ABC News insider told Fox News.

“ABC News has been fawning grotesquely over the royal family for years, desperate for an interview with Kate [Middleton] they will never, ever get. All journalism is greatly subordinate."

Robach filmed an interview with Prince Andrew accuser Virginia Roberts Giuffre in 2015 that never aired, and she vented about ABC killing the story during a “moment of frustration” that was published Tuesday by Project Veritas.

ABC News president James Goldston recently dined with members of the royal family, including Prince Charles, according to Page Six. In the leaked footage, Robach complained that ABC would not air her sit down with Giuffre – who has claimed Epstein paid her to have sex with Prince Andrew, although the prince denies the allegations.

An ABC News insider feels the network didn’t expose Prince Andrew’s ties to Jeffrey Epstein so it could land an interview with Kate Middleton.

“First of all, I was told, who’s Jeffrey Epstein? No one knows who that is. This is a stupid story," Robach said on the video recording. "Then, the Palace found out that we had her whole allegations about Prince Andrew and threatened us a million different ways. We were so afraid we wouldn’t be able to interview Kate and Will, that also quashed the story.”

"The Palace found out that we had her whole allegations about Prince Andrew and threatened us a million different ways. We were so afraid we wouldn’t be able to interview Kate and Will that we, that also quashed the story.”

Giuffre told NPR in August that she “viewed the ABC interview as a potential game-changer” and said the network never explained why it didn’t air. ABC News has said it didn’t meet its standards.

NBC billed a September 2019 interview with Giuffre as “her first broadcast interview,” but ABC News' Robach sat down with her in 2015.

During the NBC interview, Giuffre repeated accusations she has made in court papers that when she was 17 in 2001 she was forced to have sex with Prince Andrew. A photo released by a New York appeals court in August showed Andrew with his arm around Giuffre’s bare waist.

Photo from 2001 that was included in court files released last summer shows Prince Andrew with his arm around the waist of 17-year-old Virginia Giuffre who says Jeffrey Epstein paid her to have sex with the prince. Andrew has denied the charges. In the background is Epstein’s then-girlfriend Ghislaine Maxwell.
(U.S. Second Circuit Court of Appeals)

Giuffre said it was taken in the apartment of Epstein’s longtime girlfriend, Ghislaine Maxwell, in 2001.

“Ghislaine woke me up in the morning and said, 'You’re going to meet a prince today.' I didn’t know at that point I was going to be trafficked to that prince,” Giuffre told NBC News three years after her interview with ABC that never aired.

“Ghislaine said [Prince Andrew’s] coming back to the house and I want you do to for him what you do for Epstein,” Giuffre said in the interview. “I couldn’t believe it.”

Giuffre said she and Andrew had sex two more times. The encounters happened in Epstein’s New York apartment and at his Virgin Islands estate, she alleges.

The controversial Project Veritas, which frames itself as a conservative whistleblower watchdog group, has previously released what it claims to be hidden camera footage of network news producers, federal politicians, and members of private political organizations making statements while unaware they were being recorded. Robach spoke out after the group released the damning footage.

“As a journalist, as the Epstein story continued to unfold last summer, I was caught in a private moment of frustration. I was upset that an important interview I had conducted with [Epstein accuser] Virginia Roberts didn’t air because we could not obtain sufficient corroborating evidence to meet ABC’s editorial standards about her allegations,” Robach said in a statement provided to Fox News.

“My comments about Prince Andrew and her allegation that she had seen Bill Clinton on Epstein’s private island were in reference to what Virginia Roberts said in that interview in 2015,” Robach continued. “I was referencing her allegations — not what ABC News had verified through our reporting. The interview itself, while I was disappointed it didn’t air, didn’t meet our standards. In the years since no one ever told me or the team to stop reporting on Jeffrey Epstein, and we have continued to aggressively pursue this important story.”