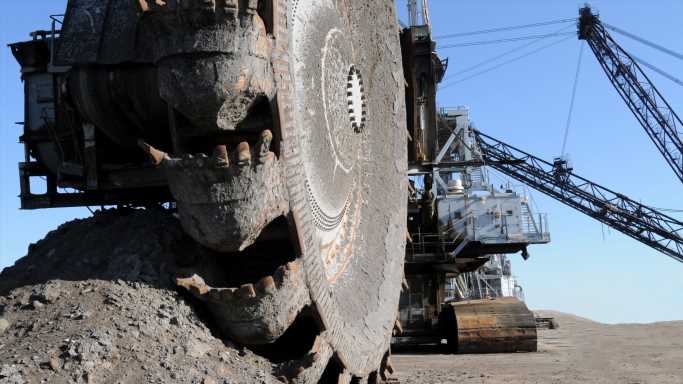 It is no secret that rising prices for crude oil have lifted the share prices of U.S. oil producers. Not as obvious, perhaps, is that shares of Canada’s top crude producers have all outperformed their U.S. competitors over the past 12 months.

Goldman Sachs analysts Neil Mehta, Carly Davenport and Nicolette Slusser earlier this month raised the price targets on five Canadian oil companies, three of which have been given a Buy rating by the analysts.

Overall, Goldman Sachs sees the price difference (spread) between U.S. benchmark West Texas Intermediate (WTI) and Western Canada Select (WCS) tightening. In the first quarter of the year, the WTI-WCS spread was about $13 a barrel. In early June, the spread had widened to $19 a barrel, reflecting “the widening of high sulfur fuel oil crack spreads, which tends to have a depressing impact on Canadian oil prices relative to Brent.”

In other words, when demand for crude is not stressed, high-sulfur crude from the oil sands is not price competitive; when demand is high, the spread closes.

Despite continuing protests, the TMX pipeline from Edmonton to Vancouver is expected to be operational in the third quarter of next year, according to the Goldman Sachs analysts. Combined with the Line 3 expansion from Alberta to northern Wisconsin, Goldman Sachs expects the spread to average $15 a barrel this year and $14 in 2023.

Goldman expects costs for Canada’s producers to rise next, given that crude prices will remain elevated as well. Higher pricing also leads to a conclusion that sustaining capital spending also will rise: ” Overall, while we do see higher cost pressures impacting margins, we believe these dynamics are largely embedded within our estimates, and we still expect significant cash generation at our crude deck….” The analysts forecast Brent crude (the international benchmark) at $135 a barrel in the second half of this year and $125 a barrel in 2023, dropping to $90 a barrel Brent in 2024.

The five companies included in the firm’s review, plus ConocoPhillips’s Canadian operations, have banded together to create a group called the Pathways Alliance with the goal of reducing greenhouse gas emissions by 22 million metric tons by 2030 on the way to net-zero emissions by 2050. According to the analysts, “some investors have become more constructive on the path forward and contribution the companies can make to driving emissions lower in Canada.”

Lates News:
2022-06-21
Previous Post: ‘Throwing everything at it!’ Boris Johnson allies gear up for crunch Tiverton by-election
Next Post: Crypto Market To Escape Fed Tightening Because Of Bitcoin, Reckons Novogratz