Last Friday night, crypto YouTuber Ivan on Tech messaged me on Twitter. Shortly into our conversation, he graciously offered me an investment opportunity in “Bitcoin trading/mining”, courtesy of a platform that he alleged was associated with Binance.

In reality, however, I was being approached by an Ivan impersonator, peddling a crypto affinity scam. The platform “Ivan” advertised, called Cryptobinance, has no affiliation with the actual Binance exchange, a representative of the company told Cointelegraph. But I played along with the scammer to see what additional information could be elicited from him. I told him that I was impressed by his offer and would be willing to invest 50 Bitcoin (BTC) into the scheme — funds that I claimed were part of my pension plan. 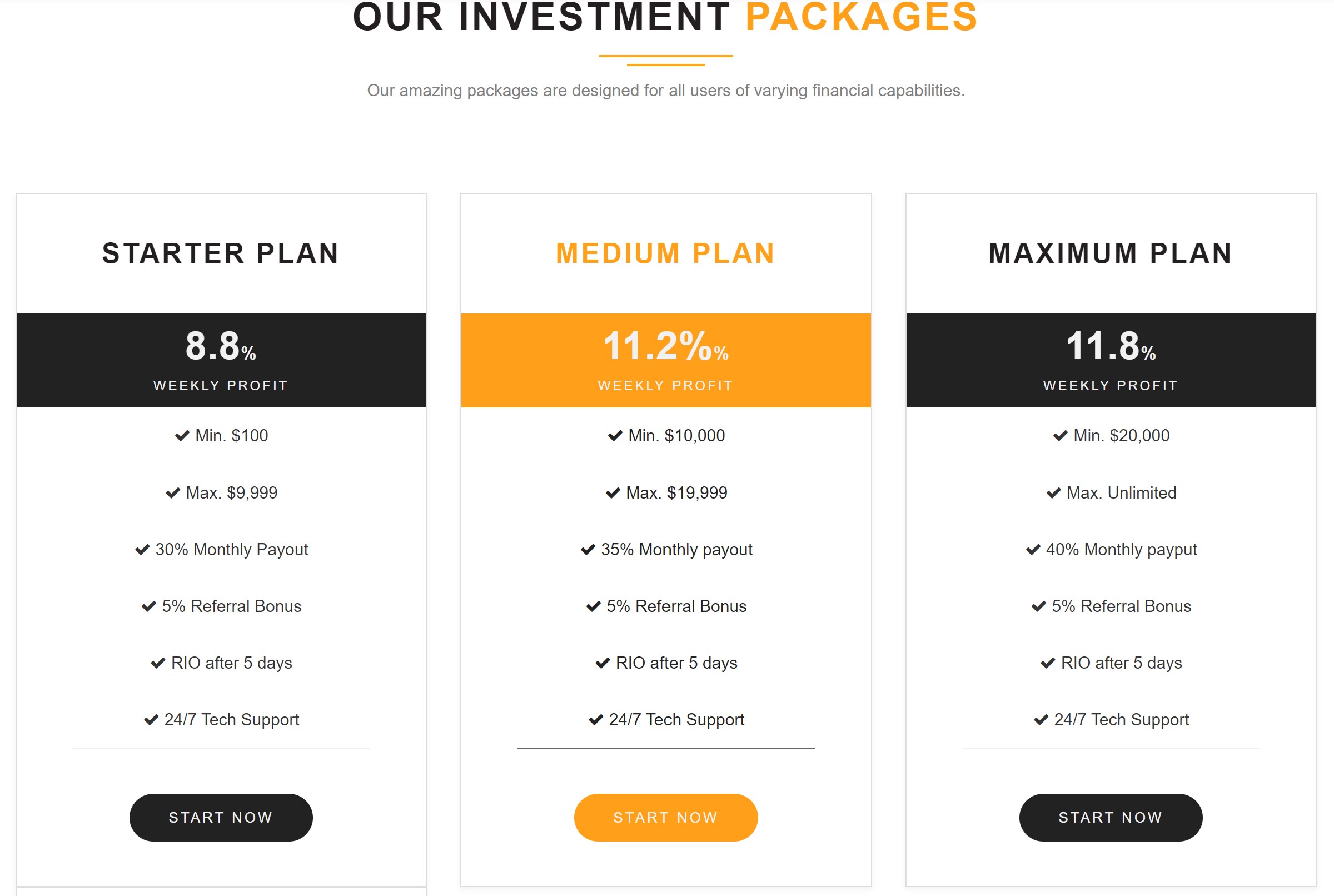 I registered at Cryptobinance. The next step for me would have been to send some Bitcoin to the supposed-exchange’s address in order to fund my investment activity. According to data from Crystal Blockchain, the address supplied (39vgPqvsT1YbahCUcRrjtHR6a1oWaUZzxN) has been active since August 23 and has received 0.3 BTC thus far. The address appears to belong to a Coinbase user. We do not know if this is the only address that this particular scammer uses to solicit unsuspecting investors, but a search for this address on the Bitcoinabuse website did not return any reports.

Meanwhile, Ivan’s impersonator assured me that this investment would be fantastic for my portfolio: 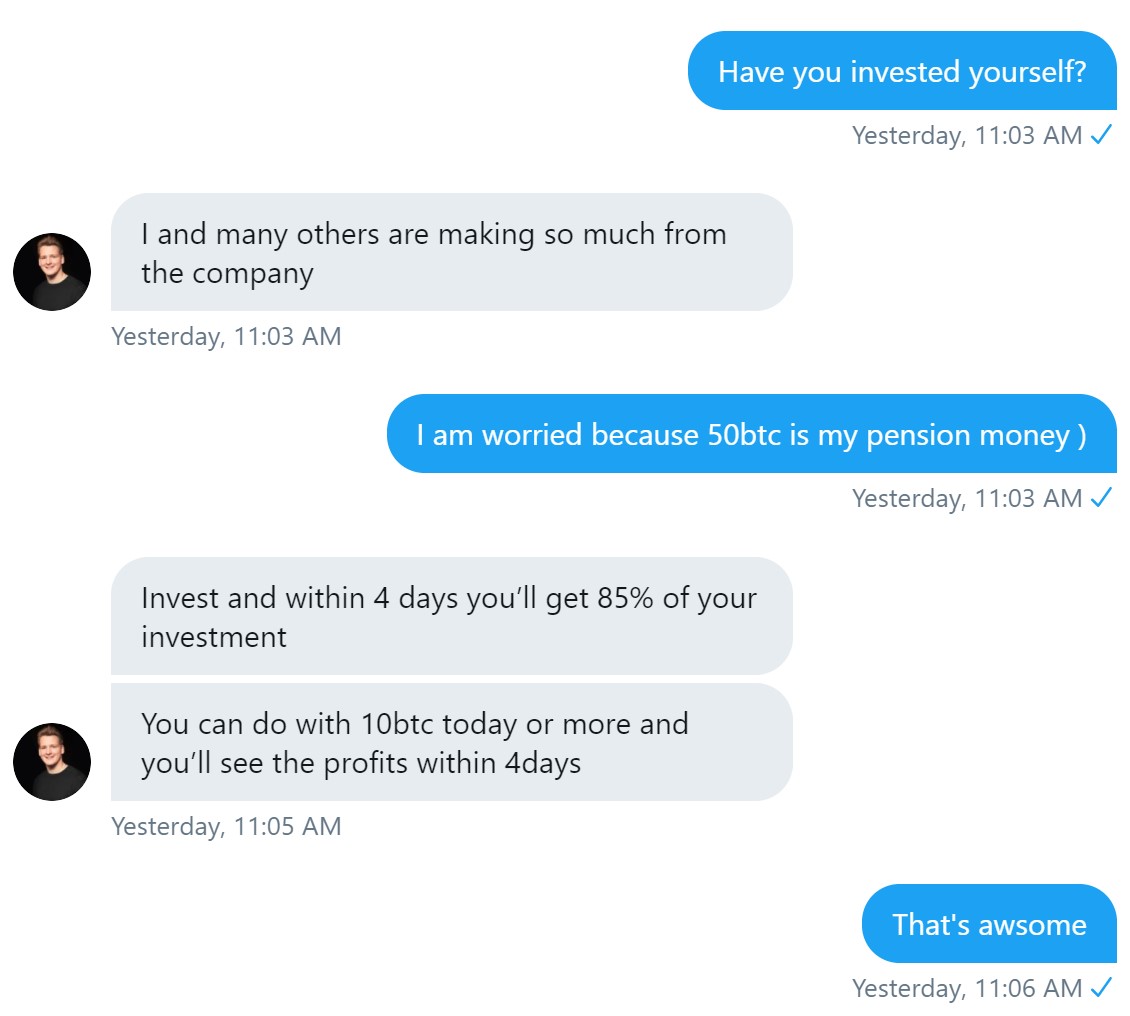 I was curious to see how low this scammer would go. After some consideration, I decided to invent a friend who I claimed was a paralyzed army veteran. My brave, though entirely fictional, companion had saved up some money, meant to be used for his medical expenses. These facts were of no consequence to faux-Ivan: 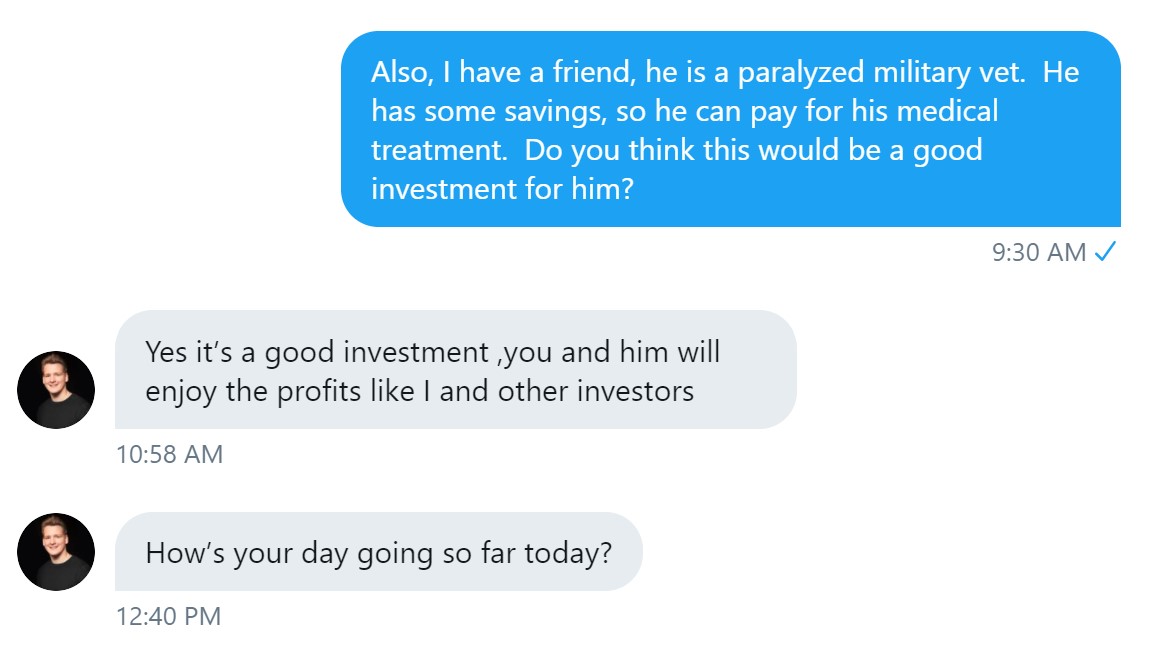 Without hesitation, the scammer assured that both of us would profit handsomely, if only we would entrust our savings to Cryptobinance.

It appears that not much has changed in terms of how Twitter handles scam-related accounts, in light of the now-notorious hack of its services back in July. During that event, a few teenagers held much of the online world hostage after managing to take over accounts belonging to Barack Obama, Joe Biden, Elon Musk, Bill Gates, and many others. Naught but a lack of ambition and foresight on the part of the hackers limited this major attack to a mere 12 BTC in damages. According to Blockstream’s co-founder Adam Back, it is almost impossible to convince Twitter to crack down on impersonators who openly scam the platform’s users:

“If you report an impersonator they ask you to upload government id afresh on each reported handle. And unfortunately, even when you include complaints that people are being scammed and contacting you about refunds they are very slow to block. It’s been over a month for me with @adam3u_s [one of many Back’s Twitter impersonators].”

The problem has become so serious for Blockstream that they even created their own database of all scams trying to profit on their brand.

Similar complaints have been levied against another major platform, YouTube. The abundance of YouTube scams involving Cardano (ADA) has forced its founder Charles Hoskinson to embed “I will never give away ADA” into his YouTube streams.

At the same time, many legitimate crypto YouTubers have fallen victim to the platform’s censorship. Perhaps these platforms do not feel that the crypto niche is important enough to allocate adequate amounts of resources to monitoring for unscrupulous activities. However, as Twitter’s founder Jack Dorsey is a major crypto advocate himself, it comes as a surprise that Twitter hasn’t grasped the seriousness of this issue.

This is especially problematic, given the proximity to the U.S. presidential elections and the many legitimate fundraising efforts occurring in tandem. If social media giants are unable or unwilling to establish adequate solutions to these dire threats, the blockchain community may need to provide users with their own viable, decentralized alternatives.

There is no doubt that this behavior violates Twitter’s Financial scam policy, which reads:

“You may not deceive others into sending you money or personal financial information by operating a fake account or by posing as a public figure or an organization.”

The issue appears to be that the company may not have enough resources to police its large and ever-growing user base. In 2019, Dorsey and Vijaya Gadde, who leads trust and safety legal and public policy at Twitter, appeared on the Joe Rogan podcast to answer questions about the company’s efforts to regulate speech on the platform. During the podcast, Gadde said that every day, users generate hundreds of millions of tweets, while the company employs only 4,000 individuals. Thus, much of the monitoring duties are delegated to contractors, whose numbers are adjusted dynamically depending on the demand.

Dorsey said that in his opinion, blockchain technology is a game changer for the industry, as internet content will live forever, which presents unique challenges and opportunities:

“You can say that everything on the Internet lives forever, but that’s generally not true because any host or any connection can take it down. The blockchain changes all that. It can actually exist forever, permanently, without anyone being able to touch it, government, company, individual. And that is a reality that we need to pay attention to and really understand our value.”

Towards the end of the conversation, YouTuber Tim Pool, who was co-hosting the podcast with Rogan, said that he hopes to see the blockchain version of Twitter soon, with Rogan responding:

“It’s going to happen whether we like it or not.”

According to a spokesperson from Binance, the company files approximately 180 monthly scam reports. Similar to Blockstream, Binance has built an online portal, called Binance Verify, that allows users to determine the authenticity of all Binance-inspired accounts and websites.

Cointelegraph has reached out to the real Ivan on Tech, but did not receive a response in time for publication.