What is Ravencoin (RVN)?

One of the promising areas in blockchain is asset digitization. This means representing a physical asset on the blockchain. Ravencoin is a blockchain project focused on enabling the transfer of assets from one user to another.

Ravencoin is designed to meet the digital age demand for assets and securities to be tradable across borders, just like Bitcoin allows money to be transferred in a frictionless manner around the world. Ravencoin is free and open source.

What Does Ravencoin Do? 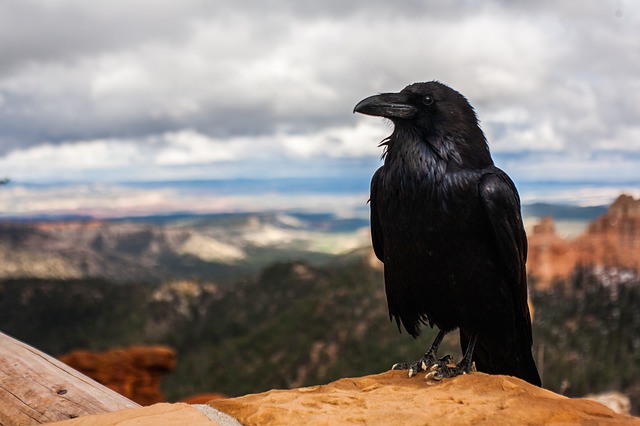 Ravencoin is built on a fork of the Bitcoin code. There are several ways in which Ravencoin is different from Bitcoin. These include block time reward (1 minute), number of coins issued (21 billion RVN), asset creation, and messaging capabilities.

Users of the Raven protocol can issue tokens on the Ravencoin blockchain based on any asset. These tokens do not need mining. Those who issue the tokens determine all properties of the token.

The tokens are then transferable and move with the same ease as Bitcoin. Assets that can be tokenized on the Ravencoin platform include gold bars, land deeds, silver coins, gift cards, reward points, and more.

To create an asset token on the platform, users are required to burn some RVN tokens and provide a unique token name. Then, token properties are determined. These include number of tokens, number of decimals, and whether the supply is fixed or can be increased in the future.

RVN can be used to reward holders of a token created on the Ravencoin blockchain. Also, just like the Ethereum ERC-721 token, Ravencoin offers the ability to create unique tokens. Unique tokens are tokens that prove authenticity, as only one of such a token will exist. This is useful for use cases such as art collection, software licensing, etc.

The consensus mechanism of Ravencoin is the same as that of Bitcoin: Proof-Of-Work (PoW). However, it has a different hashing algorithm from Bitcoin. Bitcoin implements the SHA-256 hashing algorithm, whereas Ravencoin uses the X16R algorithm. This algorithm does not allow ASIC mining.

Ravencoin was made as an alternative to Bitcoin or ERC-20 transfer protocols. The PoW consensus mechanism is used for the sake of protecting users’ data. Ravencoin mining reward began at 5,000 RVN (compared to 50 BTC for Bitcoin).

Ravencoin was launched on January 3, 2018, on the 9th anniversary of the launch of Bitcoin. Ravencoin mining began on this day as shown in the tweet below.

Ravencoin had no ICO or token sale. The core team is funded by Medici Ventures, which is owned by Overstock. It doesn’t have masternodes and there was no pre-mine. There is no percentage of the coin set apart for founders or locked.

It is an open-source project focusing on building useful technology with a growing community.

The Ravencoin whitepaper is authored by Bruce Fenton, a member of the Bitcoin Foundation, and Tron Black.

The Ravencoin roadmap is in its second phase of development. The already completed Phase 1 includes the basic Raven network setup.

Phase 2, which is currently under development, includes ASIC resistance, asset support, reward capabilities, and metadata. Phase 3 includes allowing RVN payments to token holders. Phase 4 is for the development of unique assets, Phase 5 for the messaging feature, and Phase 6 for voting.

The CEO of Overstock, Patrick Byrne, revealed in an interview in February 2018 that they have invested millions into teams working on Ravencoin. More recently, the addition of Ravencoin to Binance has given a lot of boost to the project.

There is no pressure on Ravencoin, unlike other blockchain projects, because there was no token sale, hence no investment return expectation.

However, the project is not without its own challenges. As a decentralized network, drafting a legal memorandum (that RVN is not a security) has proved challenging, as some exchanges require it for listing. A community volunteer who is a lawyer helped out with an article that proves RVN is not a security.

There are a number of competitors in the asset tokenization aspect of the blockchain industry. There is Waves, which allows users to create their own tokens. Polymath focuses on securities.

A more direct competition would be Bytom. The difference between Bytom and Ravencoin is that Bytom allows ASIC mining and it had a token sale.

The RVN token is the native coin of the Ravencoin blockchain. It is used to pay fees on the network and used as the currency to reward developers and miners. The circulating supply of RVN is currently about 2.1 billion.

One of the ways to own RVN tokens is through mining. The platform created a mining guide for those who would like to mine RVN.

Ravencoin has a desktop wallet as well as an Android wallet and iOS wallet where RVN can be stored. The team is working with Coinomi, Jaxx, and Ethos for RVN storage.

There is also a web wallet recently developed to store RVN tokens. There are no hardware wallets compatible yet, but the team is in touch with Ledger and Keepkey.

The tokenization of assets and securities is an important advantage that blockchain technology brings to the financial sector. While there are a number of players in that field, Ravencoin stands out with its POW model and ASIC resistance.

As the demand rises in this sphere, Ravencoin is positioned to be a top consideration for digital asset transfer.

Ravencoin focuses only on asset transfer, unlike most blockchain projects that aim to solve two or more problems at the same time. This niche focus could prove to be a strength for Ravencoin in coming months.