Ontology has been booming ever since its token was released in early March. The new high-performance blockchain and distributed trust and collaboration platform has been making serious waves with news of collaborations, a promising updated roadmap, and the prospect of their mainnet.

The Ontology platform aims to become a public blockchain platform for all kinds of blockchain-based applications. It leverages blockchain technology to make the processes of trust and collaboration smooth and far more efficient than it is today, with a special focus on increasing these processes for businesses. Platforms like Ontology provide a convenient way for organizations to integrate blockchain into their operations without having to make massive investments to develop and deploy their own blockchains.

With the total value of the platform hitting the $1 billion mark on April 10, 2018, we take a look at how Ontology has progressed thus far.

Ontology’s native token, ONT, has been launched as a NEP-5 token on the NEO blockchain. Once the Ontology mainnet is up and running, the ONT token will become the native cryptocurrency of the platform. Similar to NEO, the Ontology platform will employ a dual token system on which ONT will produce ONG for its holders. ONG will be used for the payments of transactions when using applications of the Ontology platform.

The tight connections between NEO and Ontology are rooted in their common founder, the Chinese technology development company Onchain. Co-founder of NEO and CEO of Onchain is Da Hong Fei. Jun Li, one of the founders of the Ontology platform, is also the co-founder of Onchain as well as the company’s chief architect.

Due to regulatory constraints, the Ontology team decided that there would be no ICO; instead the token was distributed in alternative ways. Ontology conducted an airdrop in which 20 million tokens were distributed to the NEO community.

Furthermore, a select number of lucky early birds were given 1,000 ONT tokens each for subscribing to the ONT newsletter. More token distribution methods will be announced once the Ontology mainnet is online.

Trading of the token began in early March and towards the end of the month, demand for ONT started rapidly overtaking the supply which strongly pushed the price upwards.

This rise was strengthened by the bear market that most other cryptocurrencies were experiencing, but even more so by the continuous stream of exciting announcements regarding the Ontology ecosystem.

Ontology formally announced a cooperation agreement with Chinese venture capital on April 4, 2018. This cooperation aims to further the applications of blockchain technology for company and industry adoption. The Venture Capitalists involved in this cooperation are: 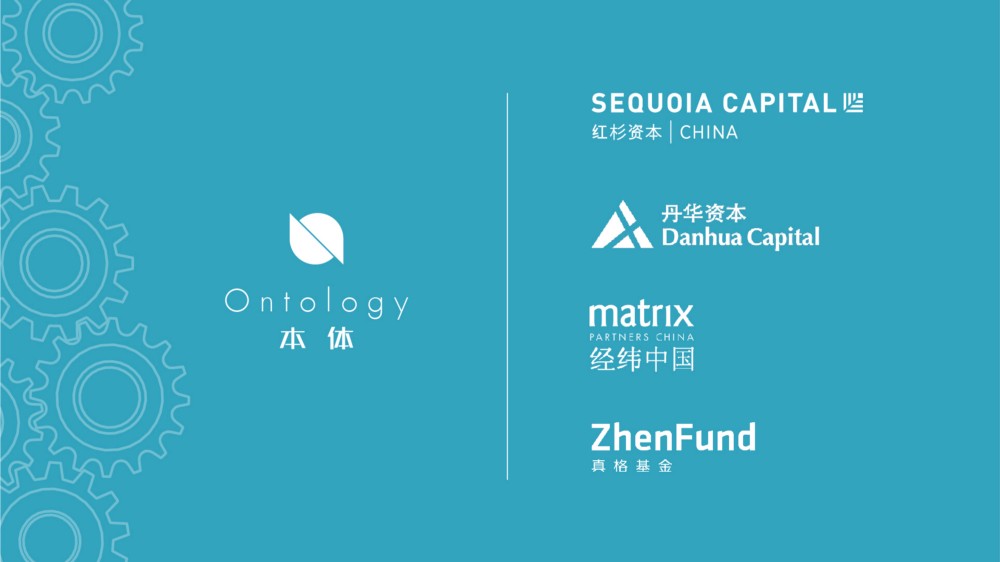 These four venture capital firms will bring capital and especially expertise on the various fields of startup incubation, infrastructure and specialized market knowledge.

Furthermore, Ontology partnered with multiple international ecosystem co-builders. They termed co-builders because these companies will actively participate in the construction, governance and suppliers of the Ontology ecosystem. 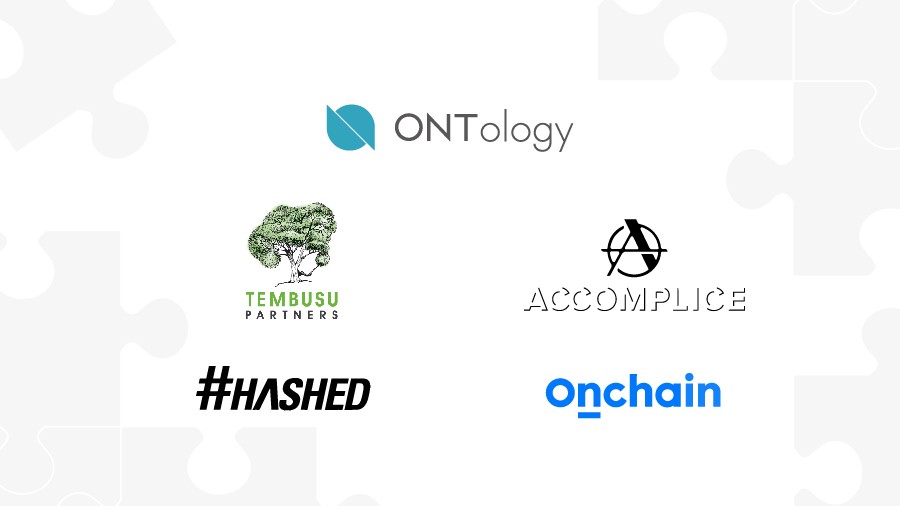 Together, these companies provide a solid foundation for the development of business-oriented blockchain applications.

A more speculative collaboration is one with the Blockchain Interoperability Alliance. This alliance comprises blockchain startups Aion, Icon and Wanchain. Blockchains have thus far mainly been isolated platforms and interoperability would be a serious game changer, something that this alliance is promoting and working in.

This rumor came about when Ontology’s founder, Jun Li, was part of a panel with the leaders of these other blockchain projects at the Global Blockchain Summit Forum. The main focus of this panel was articulating the importance of interoperability of different blockchains, an ideology that is also the basis of the above mentioned alliance. 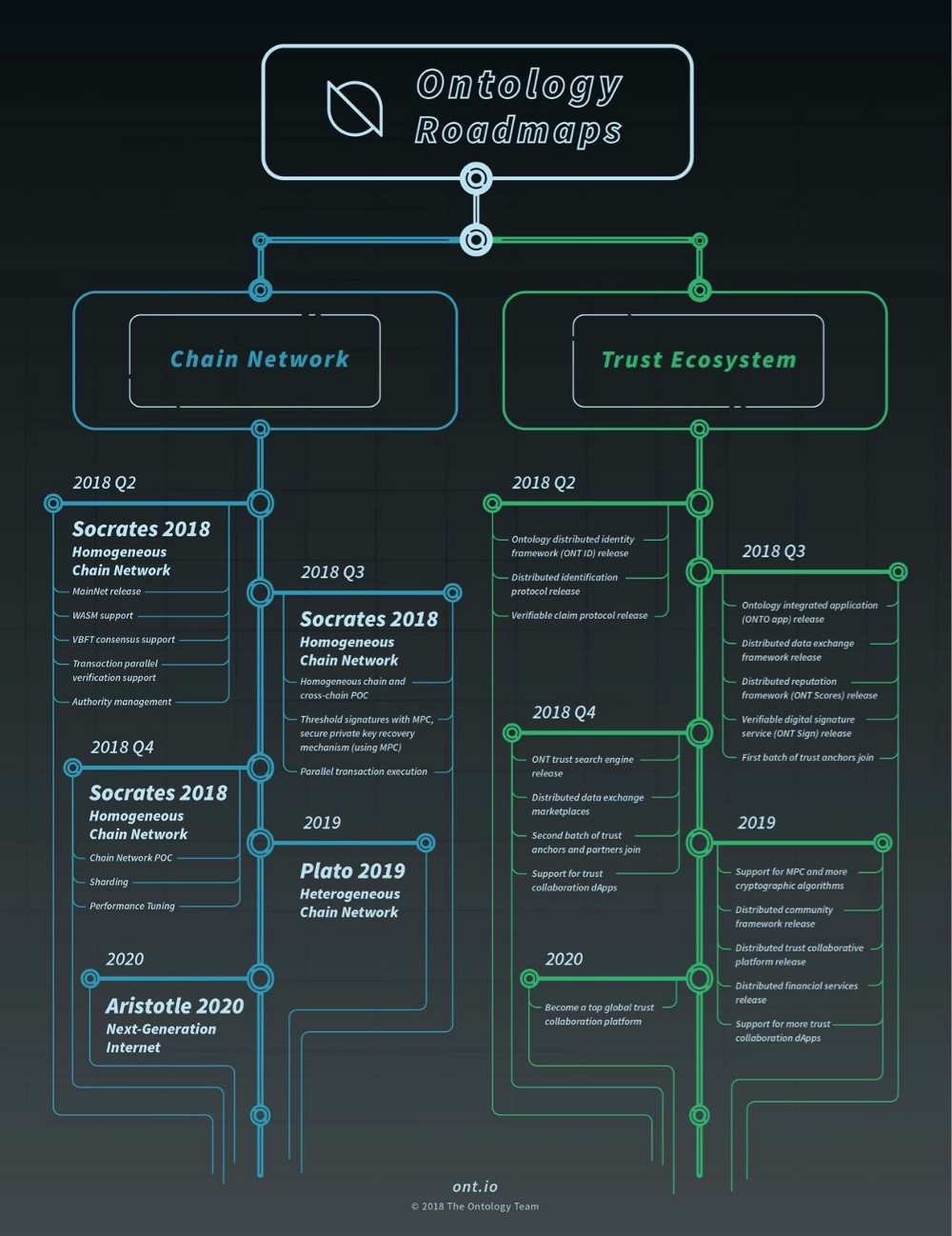 The biggest milestone for Ontology will be the launch of its mainnet, scheduled for Q2. The team described their Socrates stage as one that is focused on creating the foundation of their envisioned functional, high performance blockchain.

Smart contracts, consensus algorithms and network communication platforms, among many others, are expected to launch on the mainnet during this stage.

Simultaneously, the Ontology developers will work on the enhancement of the trust ecosystem. This ecosystem will entail an identification and verifiable claim protocol. Both these protocols will be distributed and automated through the employment of their self-designed smart contracts.

The identity protocol will be applicable to the identification of individuals, legal entities, objects and content, while the verifiable claim protocol is created for the ownership confirmation of the identifiable parties.


The recent continuous stream of positive news surrounding Ontology seems to be an indication of what we can expect from this platform, especially when looking at their recently released roadmap.

The Ontology roadmap displays milestone after milestone, and signals the wild ambitions of the team. It presents the holistic and ambitious plan of Ontology to become one of the leading blockchain platforms for business applications, and if their progress so far is any indication, the Ontology team is on its way to achieving this goal.