The number of Ethereum addresses that hold more than or equal to 32 Ether (ETH) has been declining, pointing at a possible lack of interest among traders and investors to become “full validators” for its upcoming proof-of-stake blockchain.

At the same time, the price of ETH has rebounded back above $4,000 on Friday, while Bitcoin (BTC) tries to reclaim $51,000 following this week’s “Elon candle” plunge.

On-chain data analytics platform Glassnode revealed that the number of externally owned Ethereum addresses (EOA) fell to its lowest levels in the last 17-months — to 108,915. As of November last year, the count was around 127,500. 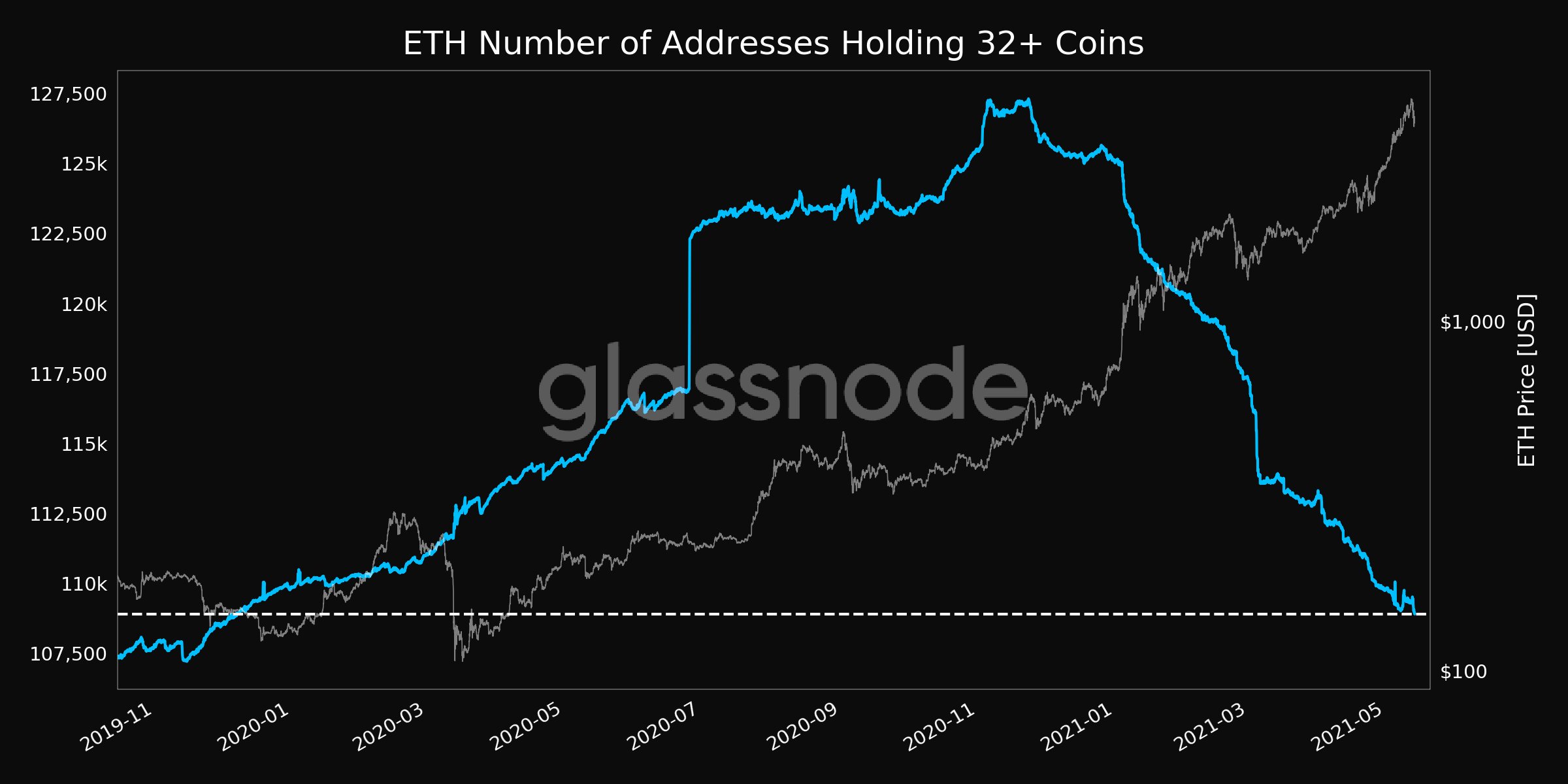 Glassnode analysts see the Ethereum addresses with at least 32 ETH tokens as “potential validators” on the Eth2 blockchain. In retrospect, staking in the upcoming Ethereum proof-of-stake protocol requires users to deposit at least 32 ETH to become a full node validator. In doing so, the ETH creditors will become responsible for storing data, processing transactions, and adding new blocks to the Ethereum blockchain.

The staking functionality aims to secure the Ethereum network while ensuring consistent ETH rewards for entities that stake their capital in achieving the mettle. It further signifies the Ethereum developers’ aim to make their public ledger cheaper, faster and more scalable for users — in short, ensuring a transition from an energy-intensive proof-of-work protocol to the proof-of-stake one following the community’s approval.

The Eth2 smart contract went live on Nov. 4 via a “Beacon Chain upgrade” and sought at least 524,288 ETH to meet a so-called genesis threshold, the one that proves actors’ consent over Ethereum’s upgrade to PoS. As of Friday, 9:40 am GMT, the smart contract had a total of 4,563,074 ETH. A Kraken address became a full validator on the Eth2 network just 37 minutes ago from the time of writing.

For many retail investors, becoming a full validator on the Ethereum network remains a tall order since it requires them first to acquire 32 ETH or $128,000 at today’s prices. The cost to purchase one Ether has increased by almost 900% since the Beacon Chain upgrade. 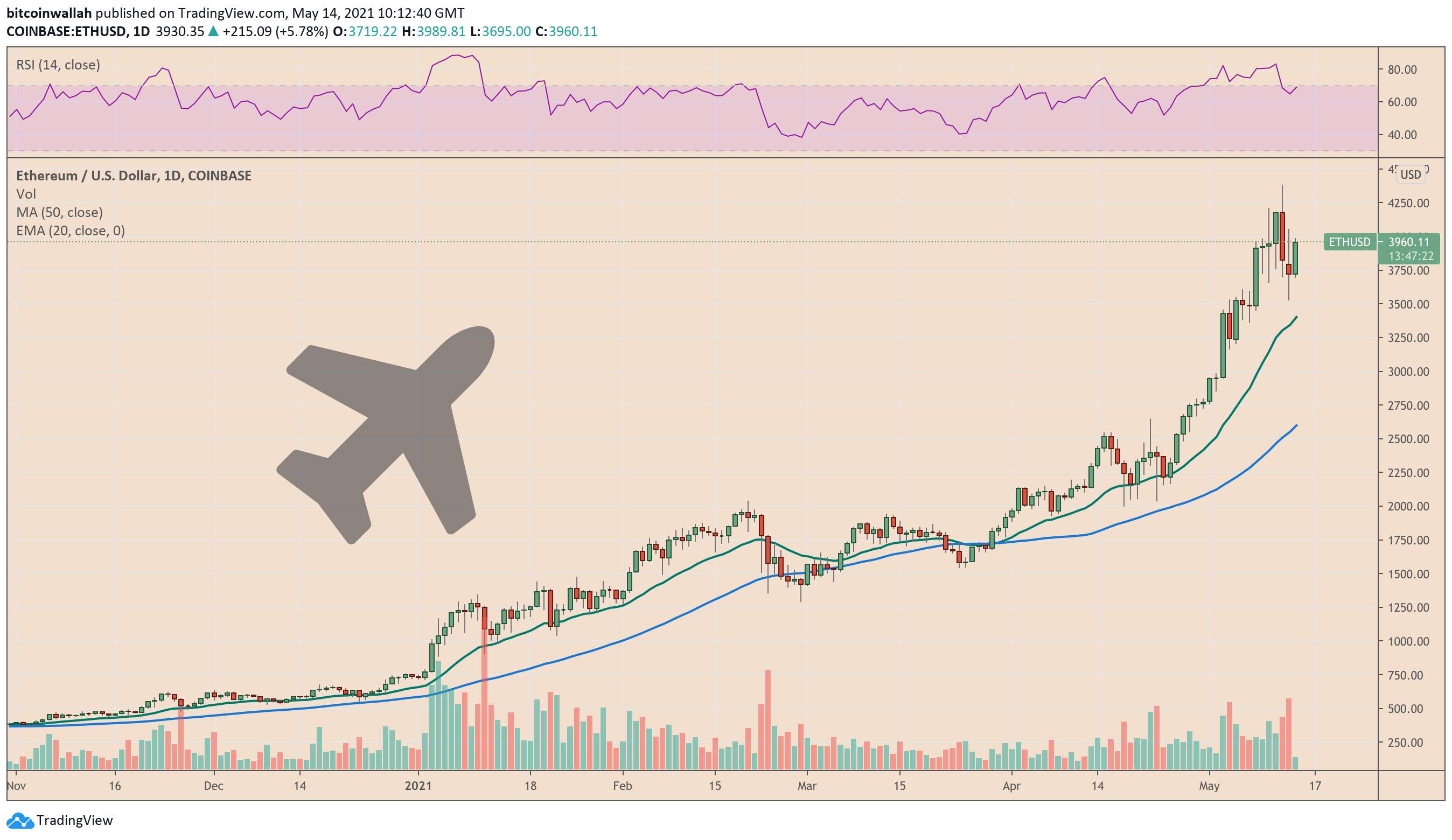 The Glassnode data (see: first image) shows a stark correlation between the 32+ ETH holders and Ether’s spot price. They appear inverse to one another, reflecting a declining interest among investors to become a full node validator. Instead, they apprehensively want to profit quickly from the ongoing bull run across the cryptocurrency markets.

But that does not mean Eth2 is lacking fresh staking interest. The project enables small stakeholders to pool their ETH holdings together via third-party services. In turn, the collective fund deposits 32 ETH to the Eth2 smart contract.