The Bitcoin price passed $21,000 for the first time in history on Dec. 16, not long after the crypto asset broke the psychological $20,000 threshold. 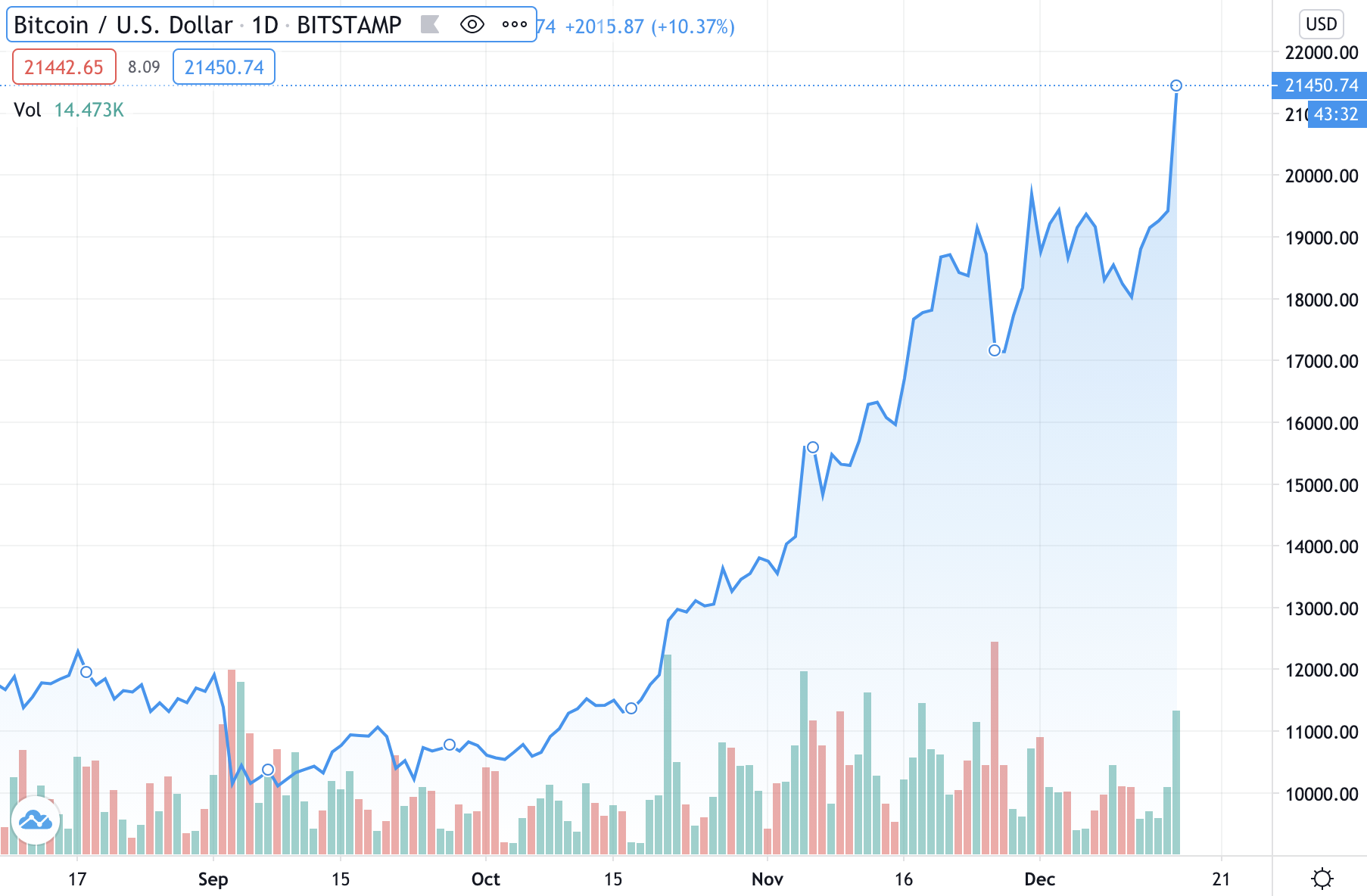 The recent rally to $21,569 on Coinbase at approximately 11:15 PM UTC, means that institutional investor MicroStrategy has seen its holdings double in price since announcing it had adopted Bitcoin (BTC) as a reserve asset in September, when the price was under $11,000.

However, not every high-profile investor has made out like a bandit. Barstool Sports founder Dave Portnoy said he sold his Bitcoin holdings in August and potentially missed out on more than one hundred grand in profit. Portnoy reported purchased at least $200,000 in BTC on Aug. 13 — when the price was under $12,000. The same amount of Bitcoin would be worth more than $360,000 today, with the price having risen 80%.

“I do think we will also re-test the $14-16K levels either over a weekend with low volume or with bad news hitting the street. That will probably be the last time most of us will have a chance to buy bitcoin below $20K levels ever again.”

With the bullish activity today, investors who shorted the crypto asset have seen their positions liquidated. According to data from crypto trading platform Bybt, more than $630 million in Bitcoin has been liquidated in the last 24 hours. Glassnode reported that there was nearly $95 million in liquidations of Bitcoin futures on major crypto exchange Binance in just one hour earlier today: