The Simpsons, one of the most popular animated sitcoms in TV history, has made a rather bullish prediction for the price of Bitcoin.

In Sunday’s episode of the 31-year-running cartoon, titled “Burger Kings,” the characters get into the financial market for stocks of a new burger chain created by the town’s billionaire, Montgomery Burns. When Marge is checking on her gains during an episode of “Crazy Cash” — seemingly parodying Jim Cramer’s Mad Money — the ticker feed clearly shows the price of Bitcoin (BTC) next to a green infinity symbol.

Other comedic predictions include the value of the entire United States dropping by a quarter-point, GameStop stock rising by 1 trillion, and Tesla: “If you have to ask, you can’t afford it.” 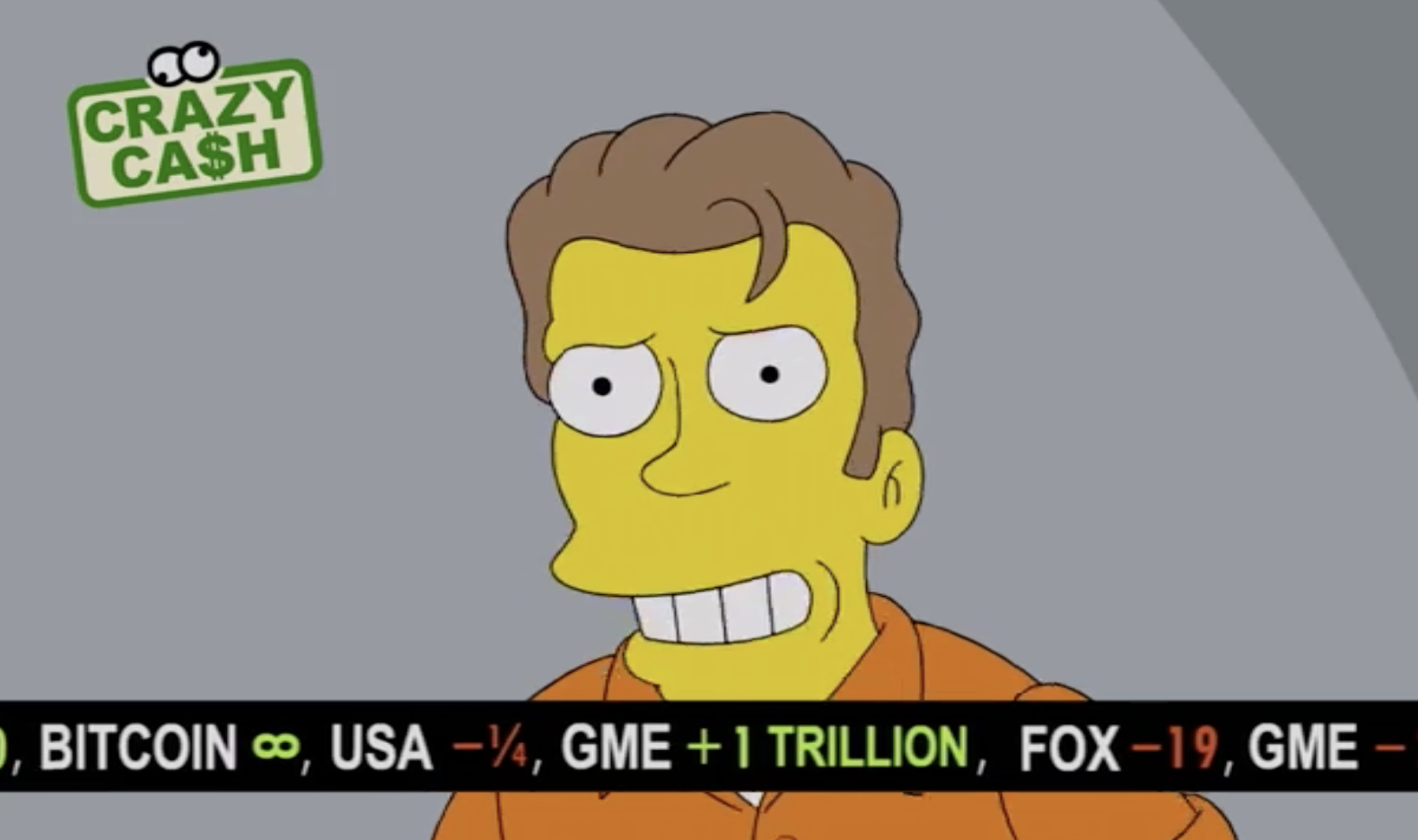 This is not the first time crypto has made an appearance on The Simpsons. In 2020, actor Jim Parsons of The Big Bang Theory appeared as a guest star to explain cryptocurrencies and how a distributed ledgers work. The actor referred to crypto as “the cash of the future” before text appeared jokingly stating it “can be generated by fiat like traditional currency or just thrown around randomly or all given to LeBron.”

Some may see Bitcoin’s appearance on the show as a bullish sign. Considering that the asset’s price passed $60,000 again on Monday, it only needs to rise infinity percent to make The Simpsons’ prediction come true. Perhaps due to the sheer number of topics the show covers, The Simpsons has seemingly predicted the future many times. Some examples include the Donald Trump presidency, the outcome of three Super Bowls, and various innovations in technology such as video chatting, smartwatches and autocorrect.

While the show did seemingly use the media attention surrounding Bitcoin as a punchline, industry players have made their own bullish predictions in recent weeks. Last month, Kraken CEO Jesse Powell said BTC’s price is eventually “going to infinity” and that expects the crypto asset to reach $1 million in the next decade.