On May 18, Bitcoin (BTC) and the overall cryptocurrency market faced another round of selling as FUD — fear, uncertainty and doubt — impacted investor sentiment after Reuters and various social media outlets reported that China would ban financial institutions and payment companies from providing services related to cryptocurrency transactions.

According to these reports, China also issued a warning to several Chinese trade associations about the dangers of cryptocurrency investing.

Data from Cointelegraph Markets and TradingView shows that bulls attempted to push the price of Bitcoin back above the $45,000 resistance level on May 18 only to have the price battered back below $43,000. 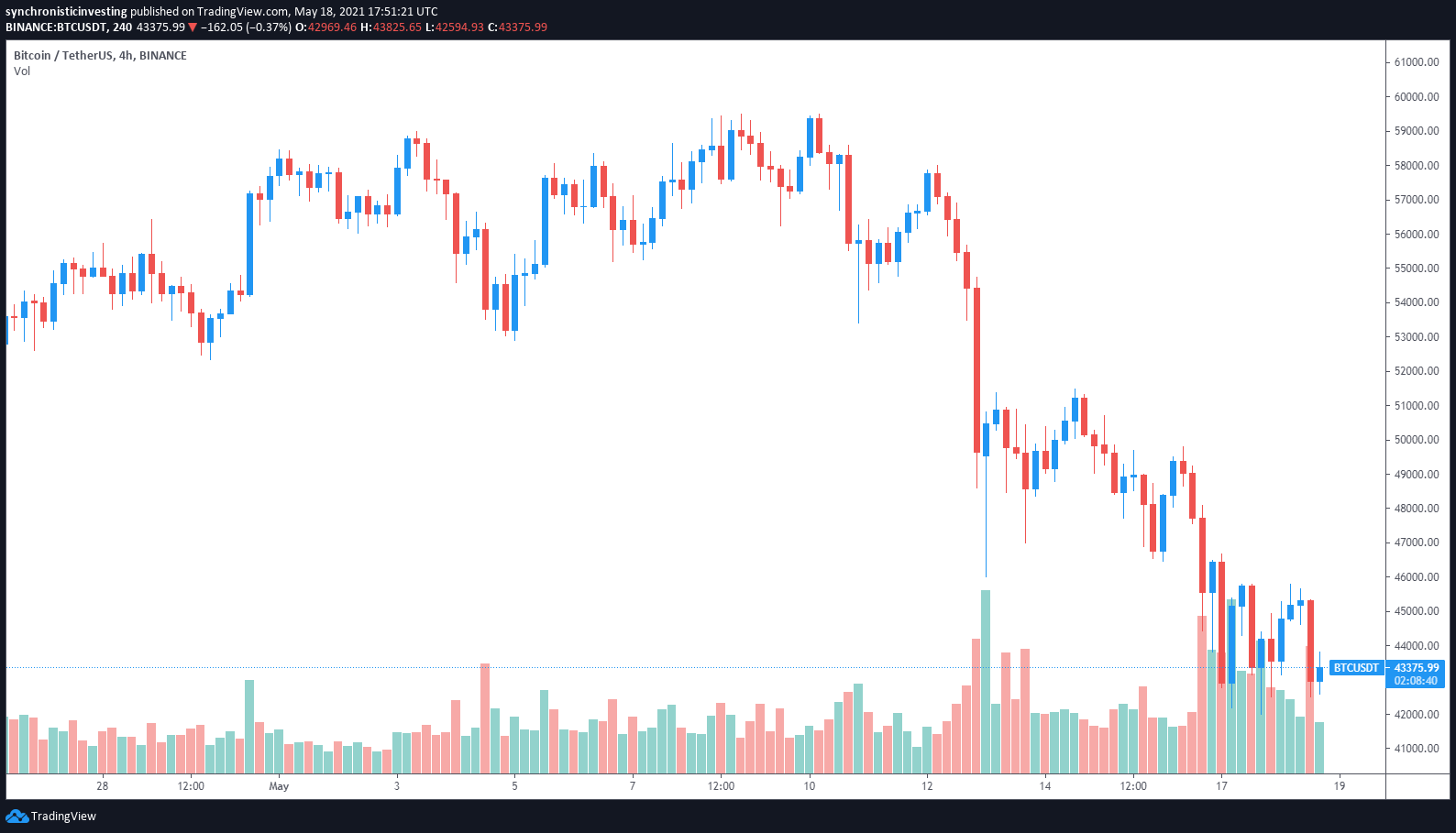 While the conditions for Bitcoin may appear dire to some, several fundamental developments including, increased BTC outflows from the top United States crypto exchange Coinbase and the revelation that MicroStrategy used this most recent dip to buy another $10 million worth of BTC, indicate the potential for further upside for the top cryptocurrency.

The precarious nature of the current market conditions for Bitcoin is perhaps summed up best in the following tweet from cryptocurrency analyst and Twitter personality Rekt Capital, which highlights the importance of the upcoming daily close for BTC.

Despite the full-frontal FUD assault that the crypto market has been under in recent weeks, many altcoins have seen their prices breakout over the past couple of days as traders rotate out of underperforming tokens and into tokens that have turned bullish.

The standout performance of the week goes to MATIC, the native token of Polygon, a rapidly rising Ethereum layer-two solution that has morphed into an oasis for traders looking for lower fees. 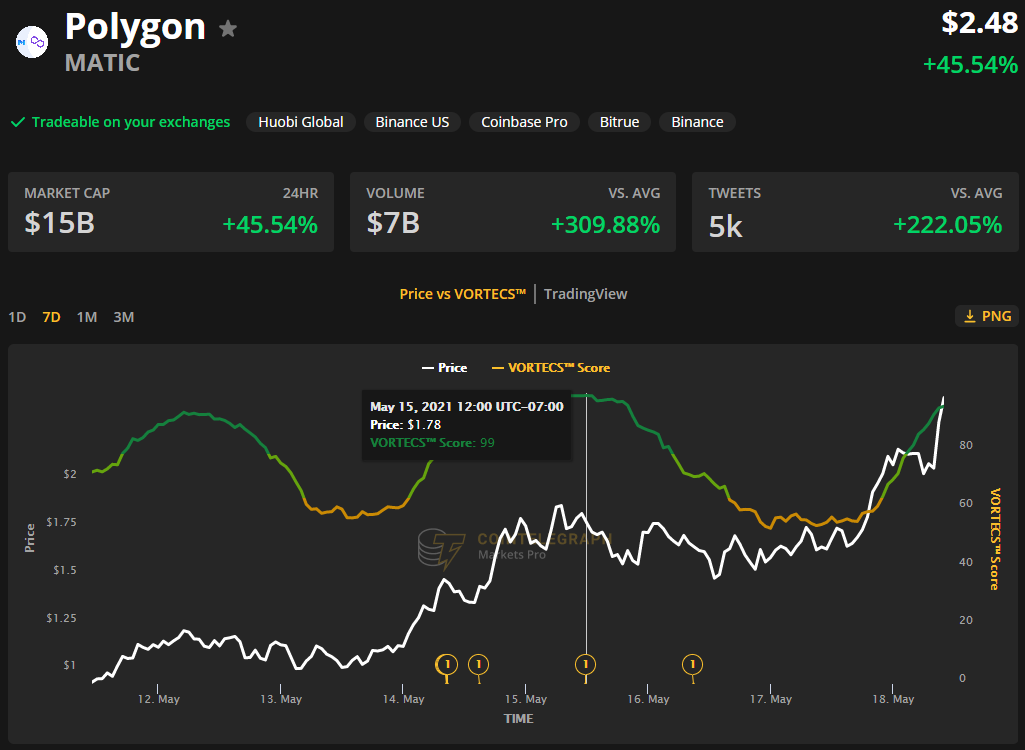 According to data from Cointelegraph Markets Pro, market conditions for MATIC have been favorable for some time, as evidenced it’s the recent VORTECS(TM) Score of 99 on May 15, which was recorded roughly 50 hours before its price rallied 83% from a low of $1.47 on May 17 to a new all-time high at $2.70 on May 18. This move took place as there was a record $6.84 billion in 24-hour trading volume.

Other notable double-digit gainers include 40% gains for ARK and Celer Network’s CELR, as well as 20% gains for AAVE and Helium Network Token (HNT).

The views and opinions expressed here are solely those of the author and do not necessarily reflect the views of Cointelegraph. Every investment and trading move involves risk, and you should conduct your own research when making a decision. 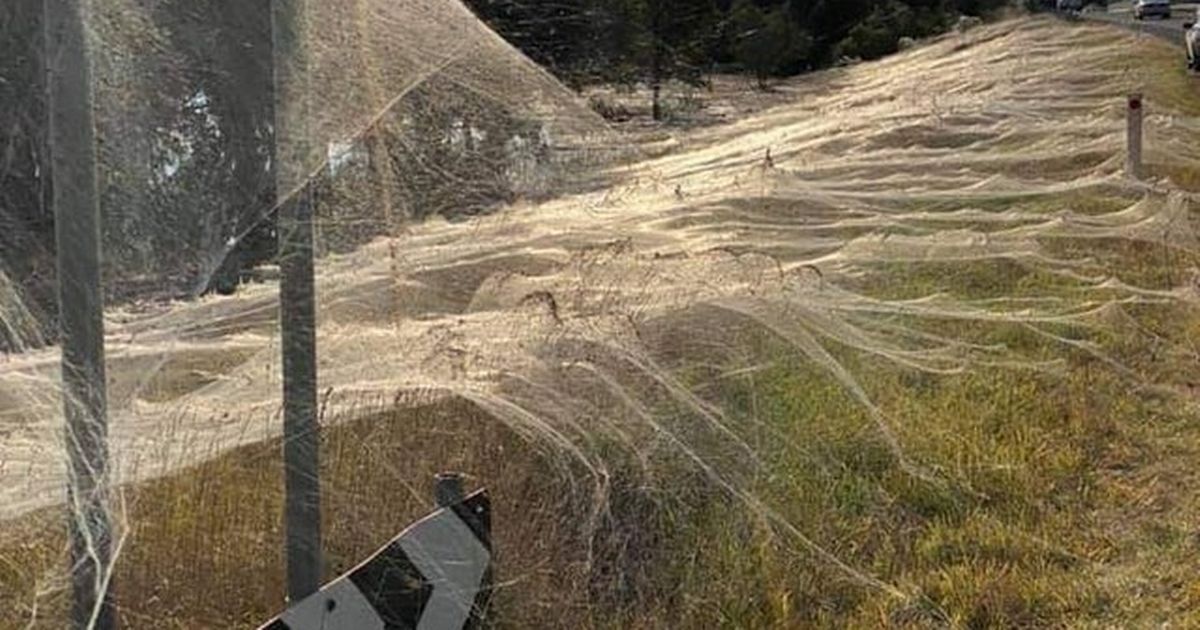 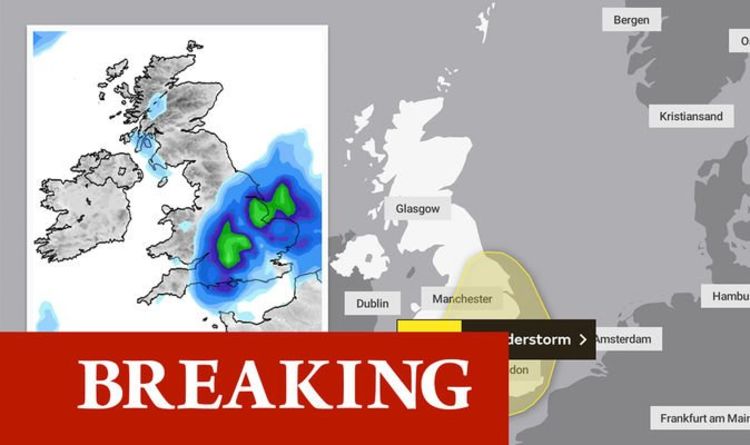