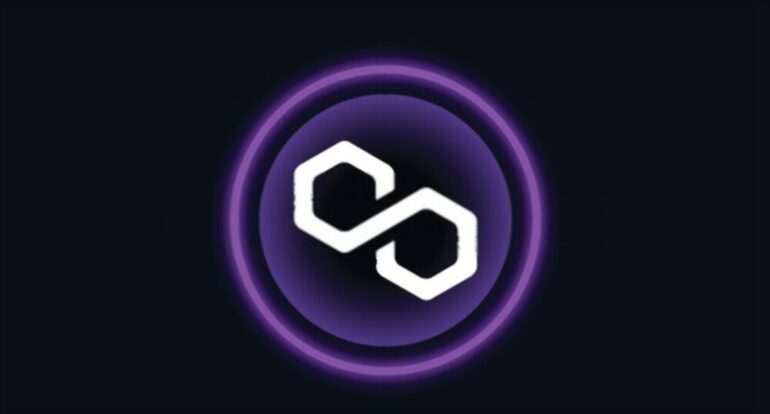 We are proud to announce a giant leap forward for Ethereum scaling and ZK innovation.

Polygon zkEVM ‘works by batching transactions into groups, which are then relayed to the Ethereum Network as a single, bulk transaction.’ The corresponding gas fee for the single bulk transaction is then divided between all the participants involved, lowering fees on Ethereum.

Polygon zkEVM is also designed to allow for the easy migration of decentralized applications compatible with Ethereum to the zkEVM. It utilizes all common toolsets such as Metamask, Hardhat, Truffle, and Remix, making a move to zkEVM easy for developers.

Mihailo Bjelic, the co-founder of Polygon, stressed the importance of Ethereum being able to scale, particularly with the growth of Web3. He said:

The holy grail of Web3 infrastructure should have three major properties: scalability, security and Ethereum-compatibility.

Until now, it has not been practically possible to offer all these properties at once. Polygon zkEVM is a breakthrough technology that finally achieves that, thus opening a new chapter of mass adoption.

Polygon zkEVM To Reduce Fess on Ethereum by 90%.

The team at Polygon estimates that their ZK ‘rollup’ approach will reduce fees on Ethereum by a factor of 90% compared to the current costs of transacting on its Layer 1.

In addition, Polygon has open-sourced part of zkEVM’s source code with a public testnet expected later this summer and a mainnet launch in early 2023.

Polygon (MATIC) Continues to Rise in the Crypto Markets.

Concerning price action, Polygon (MATIC) has had an eventful one week in the markets. It is one of the few digital assets to rebound considerably after the US announced record-breaking 9.1% inflation on July 13th.

According to Coinmarketcap, Polygon (MATIC) has gained a massive 65% in the last seven days.

However, the daily MATIC/USDT chart below reveals that the digital asset could run out of steam to push higher in the crypto markets. MATIC’s daily MFI, MACD, and RSI point towards an overbought scenario that could signal a potential cool-down to the 100-day moving average around the $0.78 price area.

However, Bitcoin has reclaimed the $24k price zone, and its bullishness could provide Polygon (MATIC) the additional momentum to tap the 200-day moving average around the $1 to $1.20 price area. 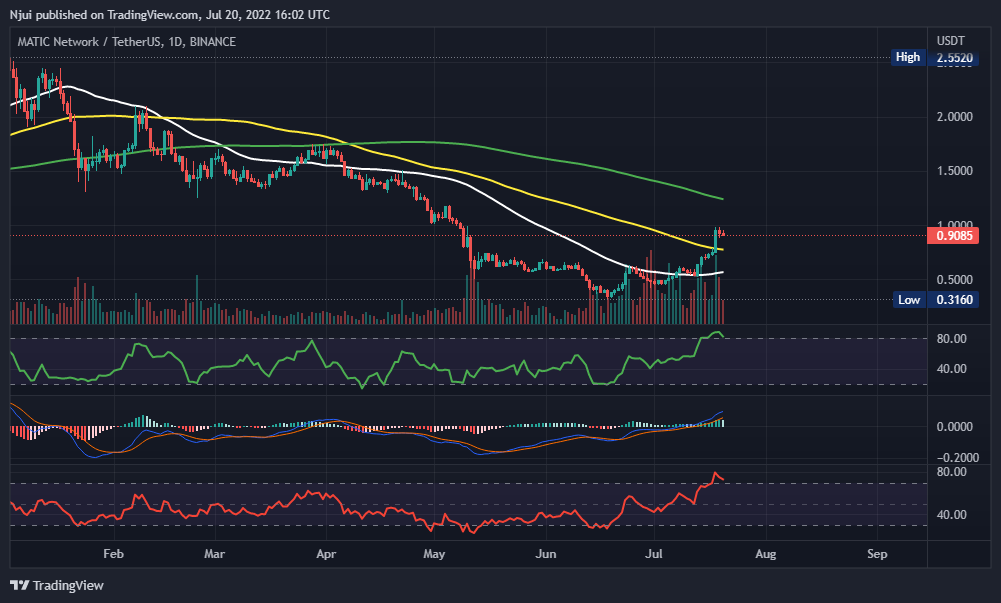