While it is true that Bitcoin is grabbing everyone’s attention after its strong bullish spree, Ethereum is not lagging, and after a dark stage, it seems to be arousing the interest of users around the world.

Following a positive performance in term of prices, Ethereum proved thatit defeated the bearish sentiment. In recent days its usability has explodedbeyond the economic dimension, reaching a record of daily transactions neverseen in the whole year. 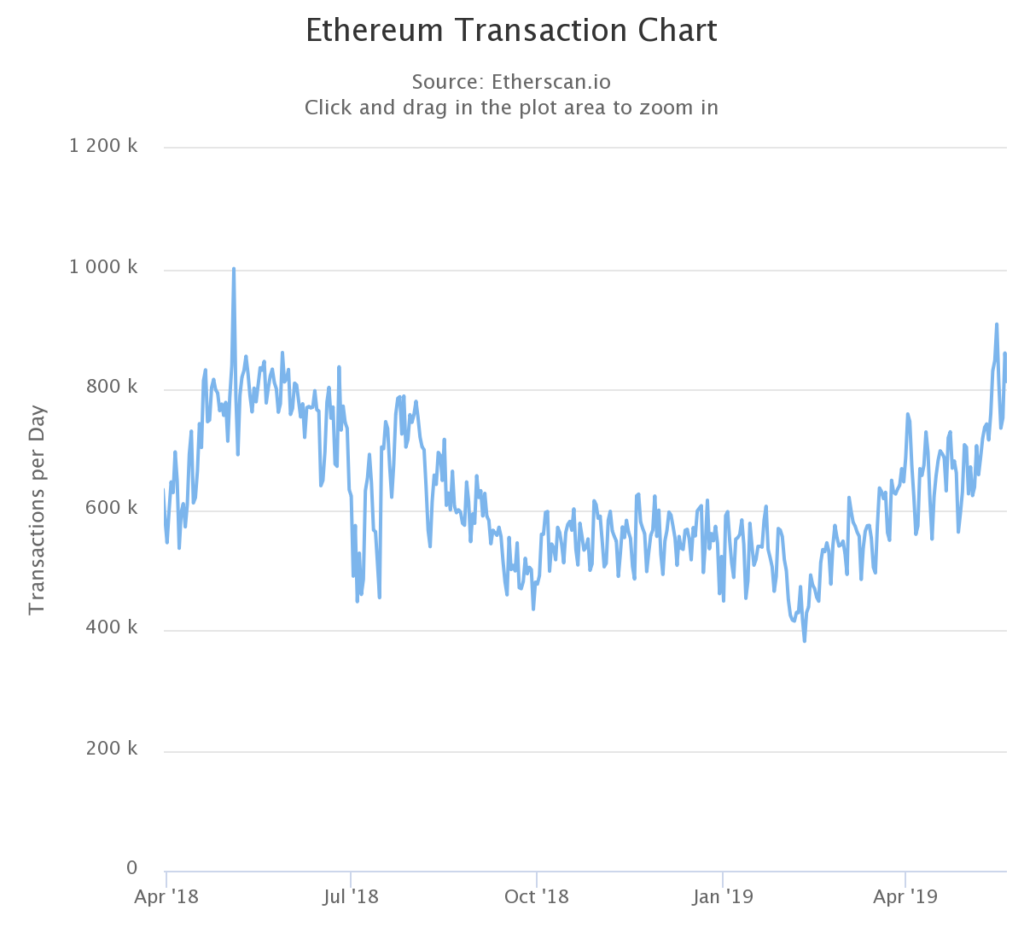 However, it is important to note that while last year’s peak was a trendanomaly, which then recorded a sharp decline, now the number of Ethereum’sdaily transactions seems to have a sustained upward trend that began inFebruary of this year.

The gradient of this trend is very similar to that recorded in 2017 when Ethereum became very popular. 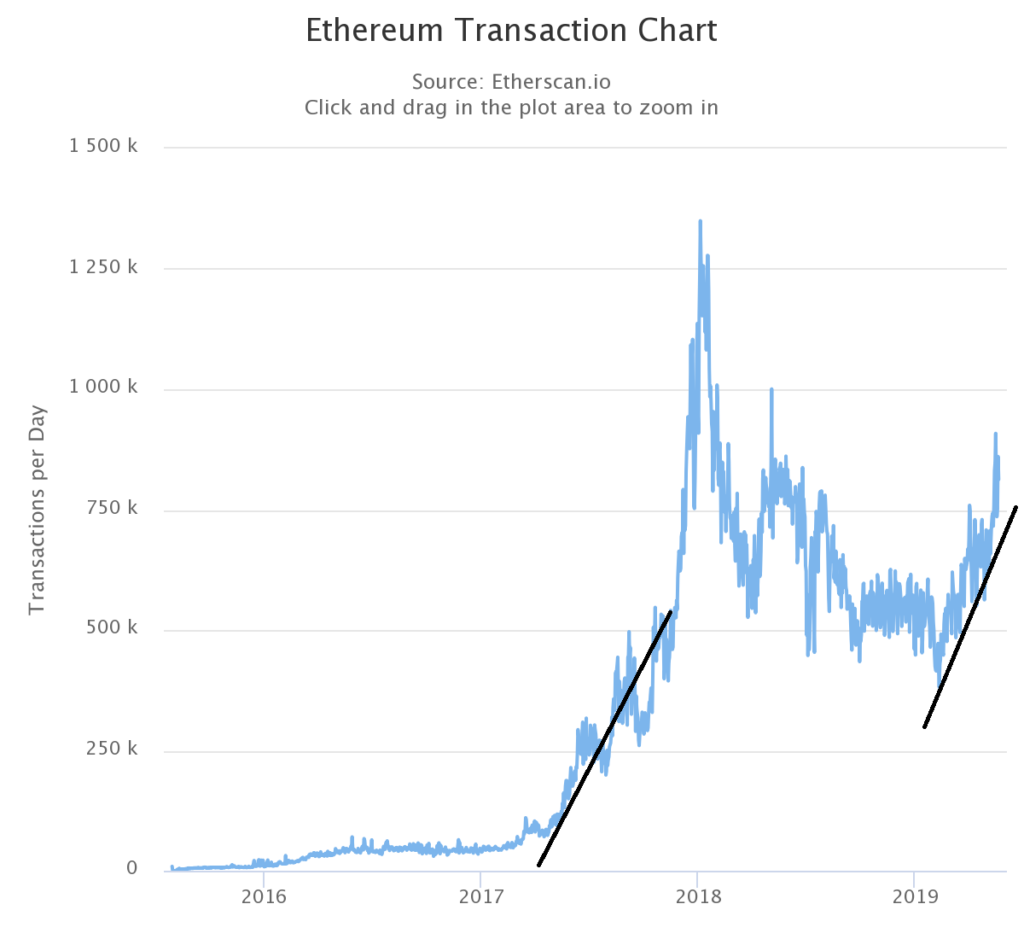 While the number of transactions is proof of the increasing public interest in this blockchain another important fact to consider is that of how much Gas users consumed. As it is known, Ethereum is a blockchain oriented to the development of DApps and Smart Contracts and the more complex these developments are, the more Gas they will consume.

According to Etherscan the total daily Gas used on the Ethereum network exceeds 45 billion Gas, with a peak of almost 50 Billion by May 7, 2018. This represents 133% compared to February. 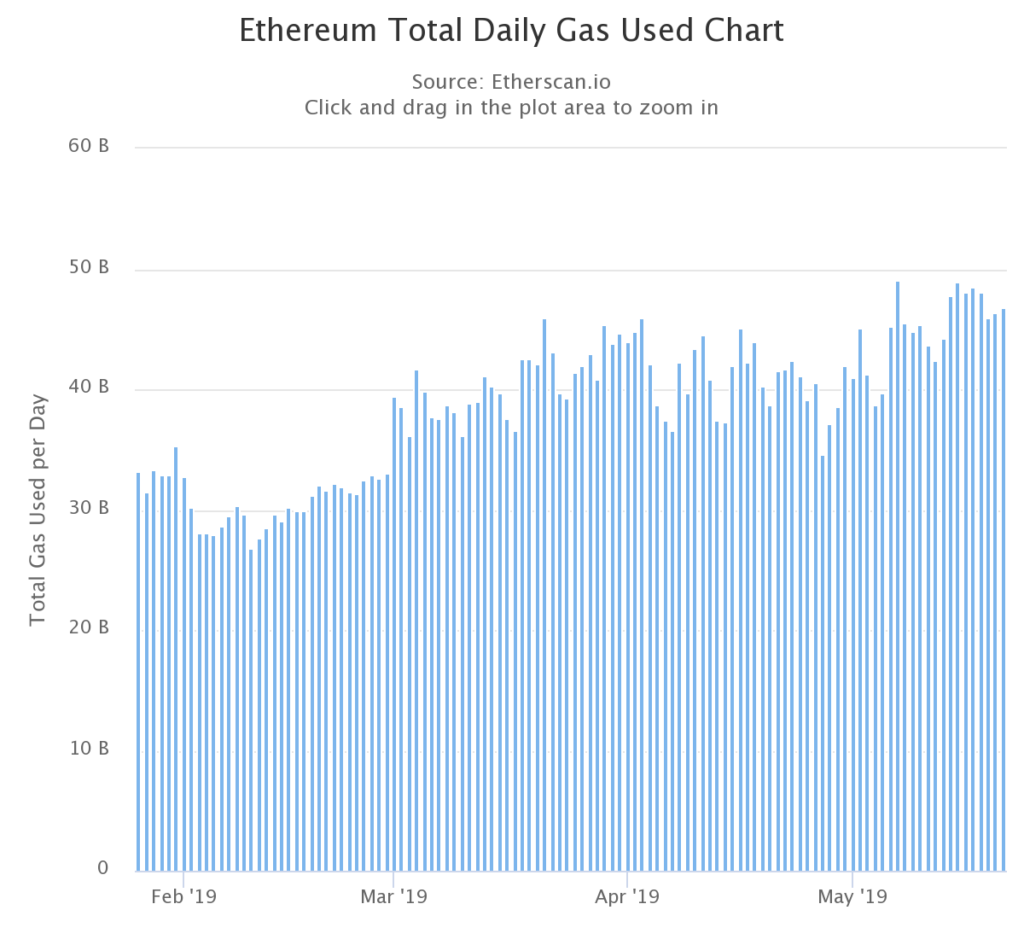 Also, ETH Gas Station shows that an average transaction requires a consumption close to 21000 GAS, however, the average of Gas consumed during the month strongly exceeds this amount.

This could show that beyond simple economic transactions, the public isusing more DApps and Smart contracts that require higher consumption because oftheir complexity.

So far, Ethereum is the blockchain with the most active developments. Recently Joe Lubin (co-founder of Ethereum) and Jimmy Song (Bitcoin evangelist) made a bet on the adoption of DApps within 5 years. Lubin believes that by that time Dapps will be extremely popular, while Song believes that this trend will be a failure.