The growth of Ethereum has been experiencing a slow down compared to its journey in the first half of the year. As the crypto market deals with a much volatile period right now, ETH’s value has trended lower since the end of October and was currently at $382.10.

However, the Ethereum community was met with a good surprise on Tuesday as they had hoped to catch the first glimpse of Ethereum 2.0 becoming a reality. The community came across a Github repository about the deposit contract. The deposit contract is a one-way Ethereum smart contract that holds staked ETH crucial for securing the new Proof-of-stake [PoS] network.

This Github repository was shared across the crypto Twitter. David Hoffman shared this news, noting:

“Releasing the deposit contract on election night is Peak Ethereum” 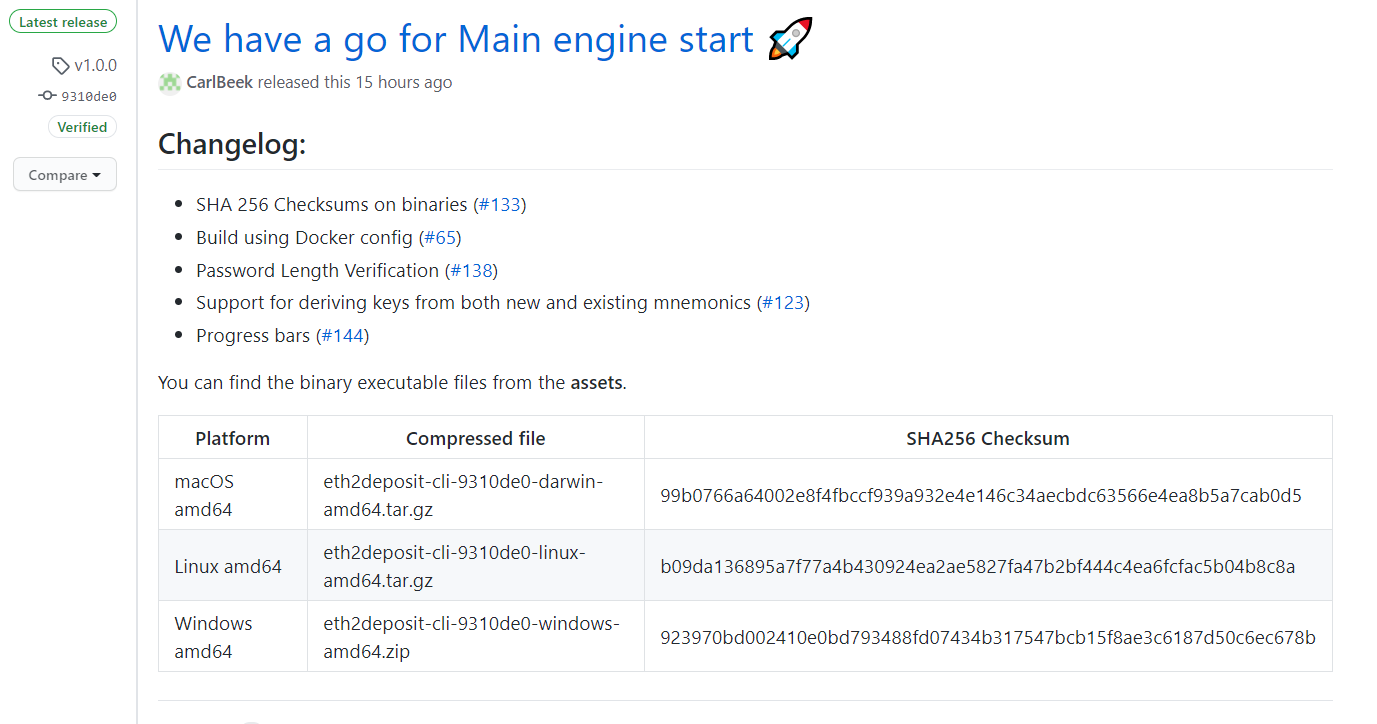 Despite the release of the repository the developers have not yet officially announced the release. Interestingly, the developers had also warned about fake deposit contracts appearing and asked the community to not take any steps before the official confirmation.

The core developers have been working relentlessly to roll out ETH 2.0 without much hassle and at a point where it is working smoothly. On the lines of perfecting these inner workings, Ethereum foundation’s researched Danny Ryan had stated that the library was critical to creating keys, signing messages, and thus, had to be secure. He added:

“Critical, in early phases, [means] that if you use this library, they need to be secure; if you use it to generate your wallets, it needs to have good randomness; and if you are signing your deposits which have a signature associated, it needs to be correct.”

However, with no official confirmation from the core developers, users have been warned by the influencers in the space and many have tried to add more information regarding what is contained in this repository. @Oisinkyne shared his two cents on Anthony Sassano’s post about this and noted that it was just code for wallet generation and mnemonic import code.

With a lack of confirmation from the developers’ end, the community is still awaiting a specific date for the launch Deposit contract. There has been a last-minute delay and the launch was pushed by two weeks. This meant that we could see an official update from the developers regarding this anytime now.