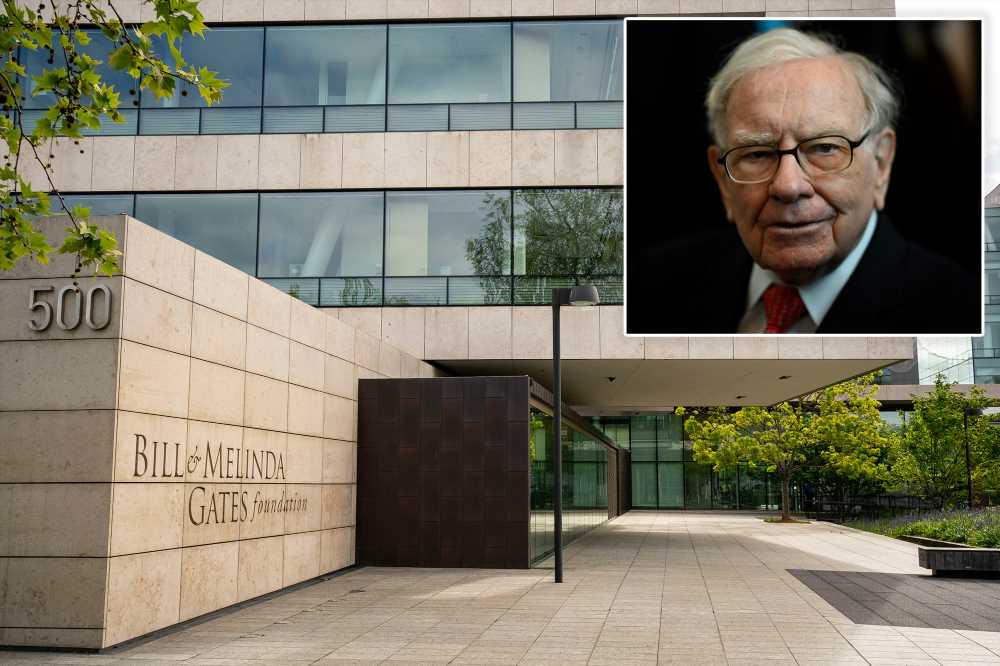 Warren Buffett announced Wednesday that he’s resigning from his position as trustee at the Gates Foundation and that he’s donating another $4.1 billion worth of Berkshire Hathaway shares to five charitable organizations.

In 2006, Buffett, who’s the eighth richest person in the world with a net worth of about $105 billion, pledged most of his fortune to the Gates Foundation and to four other charitable trusts created by his family.

“For years I have been a trustee – an inactive trustee at that – of only one recipient of my funds, the Bill and Melinda Gates Foundation (BMG),” Buffett said in a statement. “I am now resigning from that post, just as I have done at all corporate boards other than Berkshire’s.”

“The CEO of BMG is Mark Suzman, an outstanding recent selection who has my full support. My goals are 100% in sync with those of the foundation, and my physical participation is in no way needed to achieve these goals,” he added.

The donation also marks the halfway point for Buffett, who pledged to donate all of his Berkshire shares through annual gifts to the foundations he supports.

The legendary investor’s announcement comes nearly two months after the Gates Foundation founders, Bill and Melinda, announced their divorce after 27 years of marriage.

The Gates Foundation previously told reporters after the Gateses announced their divorce last month that “no changes to their roles or the organization are planned.”

But the Wall Street Journal reported last month that the Gates Foundation is considering forming a board and bringing in outside directors.

Gates’ now-estranged wife, Melinda French Gates, has pushed for the changes to ensure the future stability of the foundation, the Journal reported, citing anonymous sources.

The foundation is one of the largest philanthropic organizations in the world.

The Foundation did not immediately return The Post’s request for comment.