Varney: Georgia doing well after governor was slammed for reopening

FOX Business’ Stuart Varney argues states like Georgia are doing well, while Democrat-run states are ‘wallowing’ in a shutdown recession.

Immediately, the governor, who is a Republican, came in for harsh criticism. Democrats called his action "reckless," "premature" and "dangerous."

In June, there was a significant increase in the number of new coronavirus cases, and the up-trend continued into July. Gov. Kemp was again harshly criticized: you opened too early.

But he didn't back down. Much of Georgia stayed open, and look at 'em now.

According to the Wall Street Journal, new cases are down 30% since July 26. Hospitalizations down 23%. 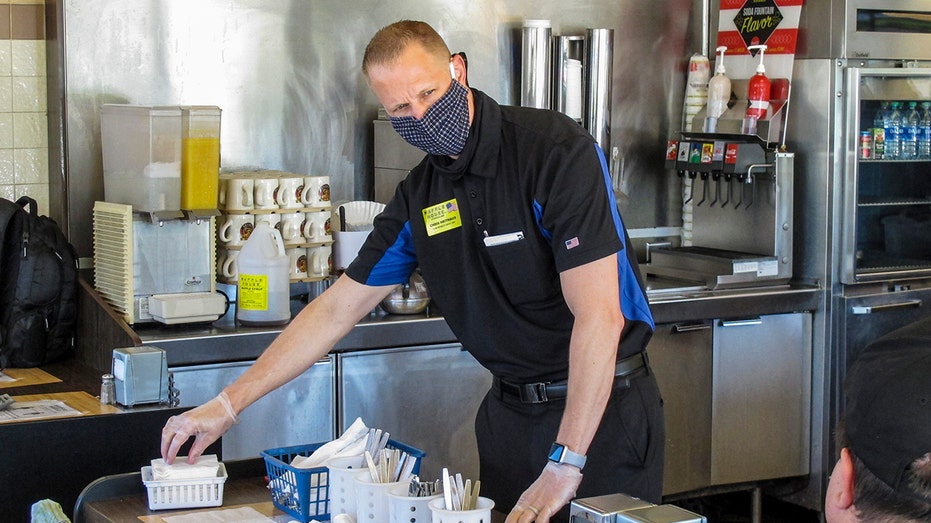 Chris Heithaus wears a mask as he wraps silverware at a Waffle House restaurant in Savannah, Georgia, on April 27, 2020. (AP Photo/Russ Bynum)

Georgia is not asking for a taxpayer bailout. House Speaker Nancy Pelosi wants $1 trillion. By comparison, Georgia is looking good.

Kemp clearly has a backbone. He took the heat.

EVEN WEALTHIER AMERICANS ARE PESSIMISTIC ABOUT RETIREMENT RIGHT NOW

Imagine if Joe Biden were president. He says he has no problem shutting down the whole country again, on the advice of a committee of scientists. Democratic-run states, New York, Illinois, New Jersey, California – they're all wallowing in a shut-down recession.

Gov. Kemp defied the naysayers and stood up for the freedom to make a living. He displayed political courage, a commodity in short supply these days.