Varney: Your money is fine but Congress is a mess

FOX Business’ Stuart Varney, in his latest “My Take,” ripped Democrats for continuing impeachment efforts during a prosperous holiday season.

“Isn't this ridiculous?” Varney said. “On one hand, we have a booming economy – the Trump economy – a best-in-years holiday shopping season. Prosperity!”

But on the other hand, he said, Congress and the Democrats are still pushing for impeachment.

“What a contrast,” he said. “Your money is doing fine but Congress is a mess and doing nothing.”

Varney switched his focus to this week’s economic events including Cyber Monday, which is predicted to reach a new online selling record.

“The weather is on Amazon's side,” he said. “We've already seen blow-out consumer spending over Thanksgiving.”

And this Friday, Varney said, more news on “strong” job creation and “record-low” unemployment will be shared.

“Check your 401(k) and see if you really want to throw this president out of office,” he said.

VARNEY: IMPEACHMENT EFFORTS WILL FAIL, DEMOCRATS SHOULD GIVE UP NOW

On Wednesday, Varney said, Democrats “lined up” legal experts to testify on Trump’s charges and convince America to “overturn” the 2016 election.

Varney said this is exactly what Democrats are trying to do.

“Prediction," Varney said. "The Trump-hating media will be all over these hearings, but America will ignore them."

Varney believes investors will do the same and that it’s “no accident” the market has hit record highs as the push for impeachment continues.

“It’s not going to get him out of office: it’s just a sliming operation!” he said.

Meanwhile, President Trump will be on the world stage celebrating the 70th anniversary of NATO in London, as the Democrats try to bring him down, Varney said. 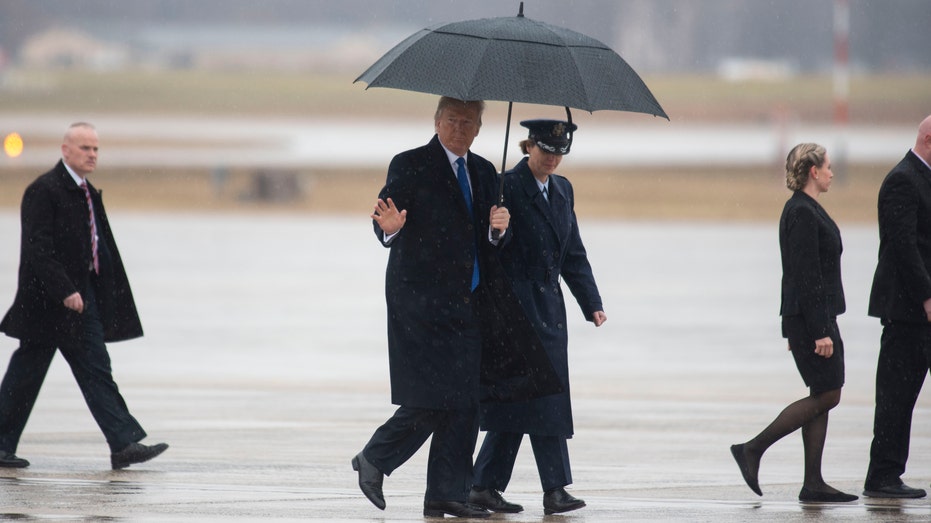 “What a contrast,” he said. “The president dominates a meeting of world leaders. The Democrats bring in the lawyers.”

Varney said we should celebrate the prosperity America is experiencing, but the Democrats are crashing the party.

“I guess we should be happy: prosperity is a wonderful thing,” Varney said. “But this vengeful hounding of the president leaves a bad taste in your mouth.”