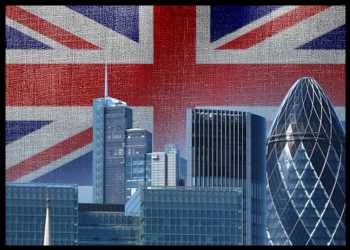 The UK payroll employment as well as job vacancies reached record levels at the end of the third quarter as the economy recovers from the pandemic-driven downturn.

The number of payroll employees showed a monthly increase of 207,000 to reach a record 29.2 million in September, the Office for National Statistics reported Tuesday.

In three months to September, job vacancies hit a record high of 1,102,000, with the majority of industries growing on the quarter. The rate of quarterly growth was highest in transport and storage.

Average earnings including bonuses grew 7.2 percent from the last year, bigger than the economists’ forecast of 7 percent. Excluding bonuses, earnings advanced 6 percent, in line with expectations.

The claimant count rate fell to 5.2 percent in September from 5.4 percent in August. The number of jobless claims fell by 51,100.

Even though the furlough scheme will help to ease labor shortages, shortages is likely to be an issue until at least the middle of 2022, Paul Dales, an economist at Capital Economics, said. And as they appear to be boosting underlying wage growth, they add to the risks that the Bank of England will raise interest rates before May 2022.